Nissan’s presence in the Middle East is not a joke. They have an exciting line-up of cars. Be it the affordable Micra, to the mighty Patrol and the Godzilla, Nissan’s presence and line-up isn’t to be ignored. As they say, innovation that excites! On a busy weekend, just after the Dubai Motor Show, we thought of driving the best drift car in the world: the Nissan 370Z. And here’s a little something to have you grinning: the Nissan 370Z holds the Guinness World Record for the longest twin vehicle drift.

The 370Z coupe is possibly one of the best looking coupes available in this price bracket. It looks muscular with its sharper lines on the bonnet, and the skirts on our GT Edition car made it look even sportier. A new Z may be in the wings—and it may be radically different—but the current model builds on its heritage with excellent driving dynamics, great ride quality, and modern sports car handling. Nissan also launched their Nismo brand in Middle East with three models, which includes the 370Z, GTR and Patrol. The Nismo 370Z will have more power since it’s got the Nismo treatment, and it looks sportier than the regular model. The 370Z Coupe and roadster have become the affordable everyday entry level sports car for the youngsters.

All versions of the 2015 Nissan 370Z (apart from the Nismo model) are powered by a 3.7-litre V6 that produces 328 horsepower and 362.8 Nm of torque. Our car had the 7-speed automatic gearbox with manual shift mode. There is also a SynchroRev Match which automatically blips the throttle during downshifts to deliver smoother, quicker gear changes. Drivers get their choice of a six-speed manual transmission with SynchroRev automatic rev-matching or a seven-speed automatic with steering wheel-mounted paddle shifters.

That NISMO variant, as before, gets an upgraded version of the same 3.7-litre V-6 engine, rated at 350 horsepower. The extra power comes from an exclusive H-pattern exhaust and optimized engine tuning parameters. The 370Z NISMO is now available with either a six-speed manual transmission with rev-matching downshifts, or the seven-speed automatic, which also throttle-blips as you drop the gears.

It’s hard to argue with the V8-like acceleration you get with the 370Z’s 3.7-litre V6, but revving it to its redline isn’t the reward it is in other sports cars. In normal driving, you’ll often find yourself shifting up to the next gear to avoid the high-rpm coarseness the engine sends through the pedals and shifter. Although annoying, this lapse in refinement doesn’t keep the 370Z from being invigorating to drive at just about any speed. In particular, the SynchroRev Match mode for the manual transmission is an enthusiast’s delight, as it’ll make you feel like a professional racer with every perfectly rev-matched downshift. 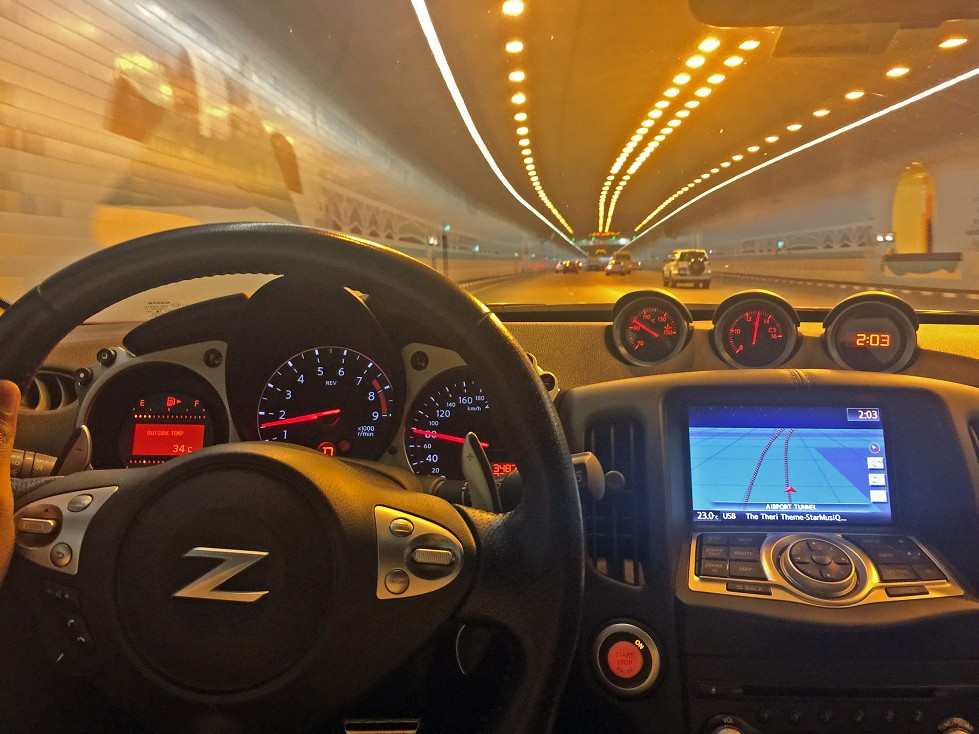 The two-seat 2015 Nissan 370Z sports car is available as a coupe or soft-top convertible. The coupe comes in base, Touring, Sport, Sport Tech and Nismo trim levels. The 2015 370Z Roadster is sold in base, Touring and Touring Sport trims.

The 370Z comes standard with the modern safety basics, including front, side, and (on Coupe and NISMO models) side curtain airbags, stability and traction control, and anti-lock brakes. Visibility in the 2015 370Z is generally good, but thick roof supports can obstruct rearward visibility in Coupe models; the same is true of the roadster with the top up.

Overall, the 370Z is a great everyday sports car. It works well with tuners, as you can spot a number of tuned 370Z’s on road. All that power goes to the rear wheels, and with LSP, this car can drift, baby! You can actually drift with a single hand in a parking lot, if you dare. But this car is not just about the visual drama, it actually boosts your confidence and makes you feel like an expert. We accept the fact that the customers are waiting for the next generation model, as the interiors look a bit out-dated. But there are still people who love the 370Z for its performance and handling. It just has to be looked at and driven to know what it’s really like to have one.