Most of us live around the hypothesis of Beemers being rear-wheel drive, driver-centric cars. But hold on for a bit there, will you? The introduction of their compact-class, MPV-like proposition seems to have gripped certain international markets so effing well, that it only seems wise if BMW gave India a shot with the 2-Series Active Tourer too. Let’s dig in a bit deeper to see what could make this little people-mover a runaway success in India.

1) You may be one of those sticklers who’d never want to come a cropper when in debate about how the white-and-blue propeller badge would never make front-wheel-drive cars, but then we’re pretty certain you aren’t holding yourself back from a short-term love affair with the Active Tourer when you first set eyes on it. It’s unmistakably enticing, with an amalgam of creases giving it a rather muscular outline. Which hints at an understanding that – when on paper – this was not a shape that took form from scribbles and too many pencil shavings, but instead, metamorphosed with a lot of thought and preconceived notion. And as long as you aren’t Jeremy Clarkson, we don’t think parking it in your driveway should hinder progress in getting to know the neighbours a little bit better.

Also, don’t mistake it for a Merc B-Class. Or Ford C-Max. Or a VW Golf Sportsvan. Although it does slot into the same league, the 2-Series Active Tourer is a lot of what the others can’t be; this is primarily one of the reasons why you should want one so bad.

This was not a shape that took form from scribbles and too many pencil shavings, but instead, metamorphosed with a lot of thought and preconceived notion.

2) Inside the car, you can expect the same amount of room you do in a sedan, while you sit a bit higher. So if your colleague at work hops in for a drop at a nearby bus stand, it’s most likely he will tell you how much he likes the all-round view and that optional panoramic sunroof that he couldn’t resist asking you about – and in the bargain – ends up praising his Volkswagen and how the Germans just seem to get the interiors spot-on. There are the other bits too, like the sliding rear seats, the foldable boot floor that conceals a storage bay with a multi-function tray and that Smart Opener function for the ease of opening the bootlid with a swing of your foot, just in case you’ve a handful of grocery bags.

Talk of a feature-laden BMW, and the Active Tourer is no exception. It’s got everything you’ll need that your modern luxury apartment won’t pamper you with. Which is a good thing for people who like to live in their cars, or invariably camp in them! Traffic Jam Assistant, camera-based Cruise Control with Stop & Go function, Collision Warning with City Braking function, Lane Departure Warning and Speed Limit Info are part and parcel of the Driving Assistant Plus package. Come to think of it, this ‘little’ car is bound to blow the socks off anyone who tries to fathom it as a ‘Little Miss Sunshine’ sort of van. 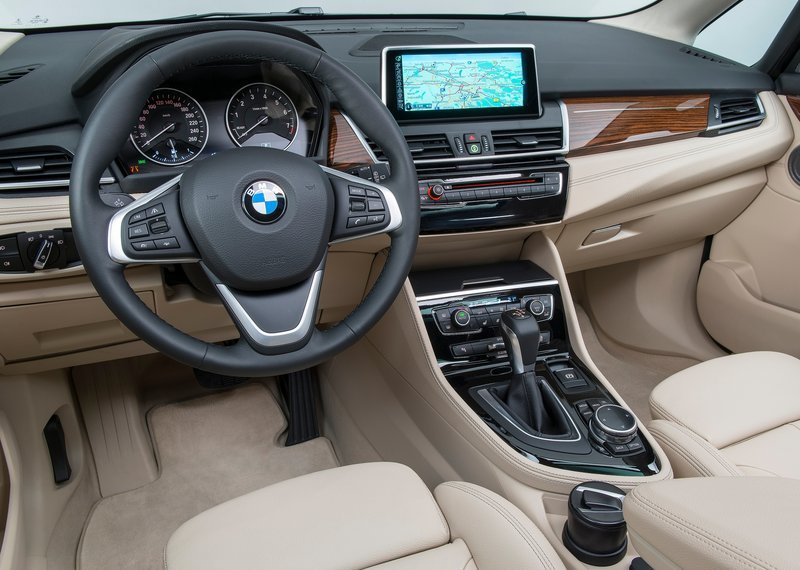 3) To anticipate the revvy, responsive and sporty 218i in India is bit like setting off to the market in search of mangoes during winter; you’ll be in for stark disappointment. But this shouldn’t really matter to most Indian buyers, as diesels continue to rule the roost. At least for those who happen to be a little too finicky about paying morbid fuel bills. The 218d is what will serve us: a 2.0-litre, 4-cylinder engine is good for 150bhp and 330Nm of torque, which results in decent grunt and fuel efficiency. Gearbox options include  6 and 8-speed Steptronic transmissions, with the former being offered on the 3-cylinder motors, and the latter on the 4-cylinder.

To anticipate the revvy, responsive and sporty 218i in India is bit like setting off to the market in search of mangoes during winter; you’ll be in for stark disappointment.

4) We’ve tried putting the pieces together, but don’t see how someone buying an MPV is going to revel in owning something that is astonishingly engaging to drive, feels nimble around corners and remains planted at high speeds, unless of course your other car is a 3-Series. But that’s exactly what the 2-Series Active Tourer will do to you the moment you’ve homed in on the idea of having one as your daily driver. This is an MPV that gives you every reason to take pride of the fact you’ve most likely made a very sensible purchase, without having to forgo what is – at the heart of it all – a front-wheel drive BMW that feels no less than a rear-wheel drive BMW. So come on now; sit down and get typing – BMW is awaiting a plausible letter on how badly you’d like one in your garage. 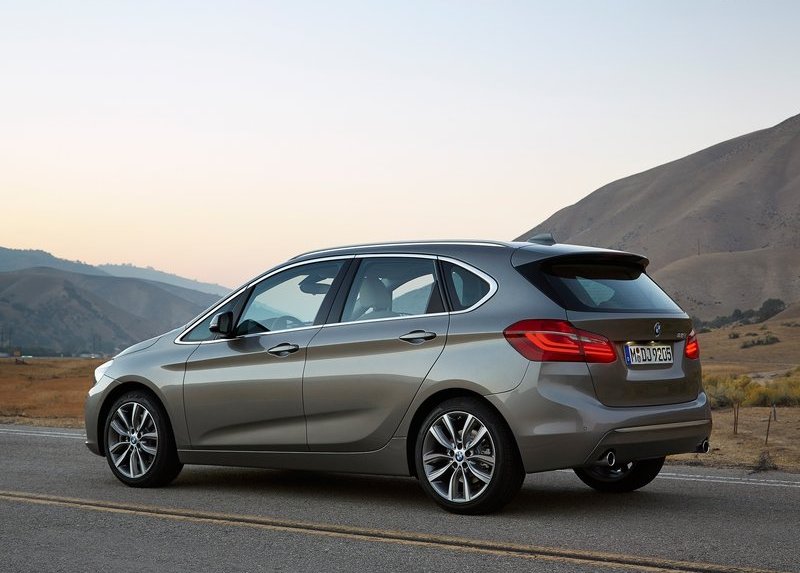