It is the debut of the Kia brand in India with the much anticipated Kia Seltos, an SUV that has already started winning hearts even before its launch. While Kia dealerships have already started displaying the Seltos, my inbox is flooded with messages from friends and followers inquiring about the Seltos when I had posted about our pre-launch drive in Goa.

Well, if you are planning to buy a Seltos for yourself, here is something you should know about the car before you visit the showroom.

India, are we waiting? 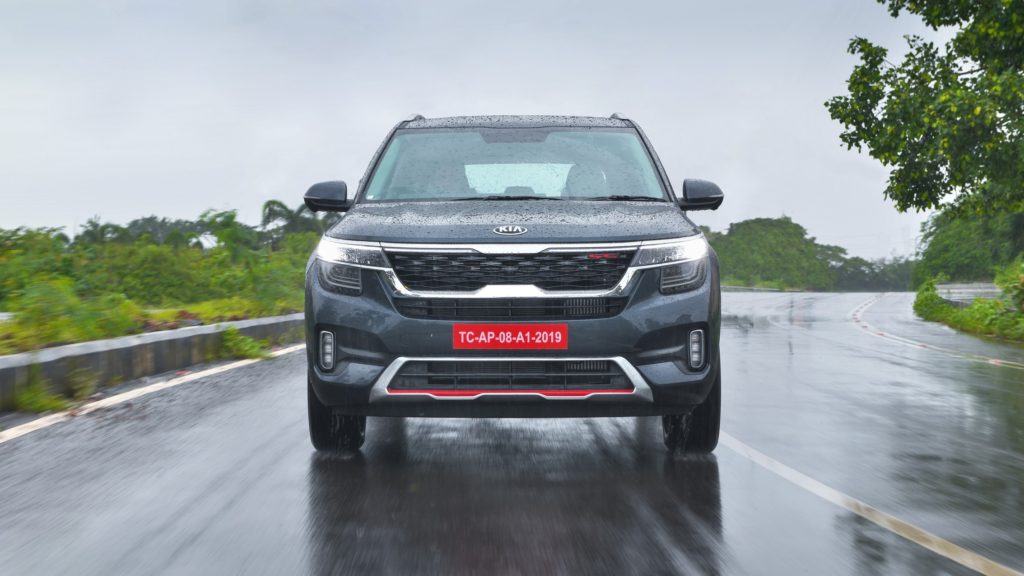 I have never seen so much anticipation for a car before. The Kia Seltos will be launched on 22nd of August and Kia dealerships have already started taking bookings. While I was at Goa, after my short stint with the Seltos on day one, my friend had called me to get a quick update so that he can book one for himself. There is also a 40% dip in Creta sales last month and there is only one reason for that – the badass Kia Seltos!

Well, you will want to thoroughly know about about the variants on offer because, Kia, is offering the Seltos with three engine options, four transmissions, thirteen colours, two trim lines with three grades each.

The Kia Seltos was previewed at last year’s Auto Expo as a concept and now here it is in full flesh. Kia Motors has given much importance to the looks as you can see; the Seltos is an eye catcher. In one look, you will want to buy one for yourself. The Seltos has a distinctive front end with the so called tiger nose grille and LED lighting elements; you will not mistake it for anything else but a Kia. There are two trim levels on offer, Tech Line and GT Line. The latter adds a bit of sporty elements on the car like skid plates, red accents, 17 inch crystal cut alloys with red calipers etc, along with the GT Line badging as well.

The overall proportions suit the Seltos and give it a beefy SUV stance. It comes fitted with 17-inch rubber on top spec trim and 16-inches on other variants. The Seltos gets LED DRLs, an LED light bar that goes across the front of the car, LED headlamps, and LED fog lamps. At the rear, we have LED ‘heartbeat’ taillamps as well, along with a spoiler and fake twin exhaust tips. 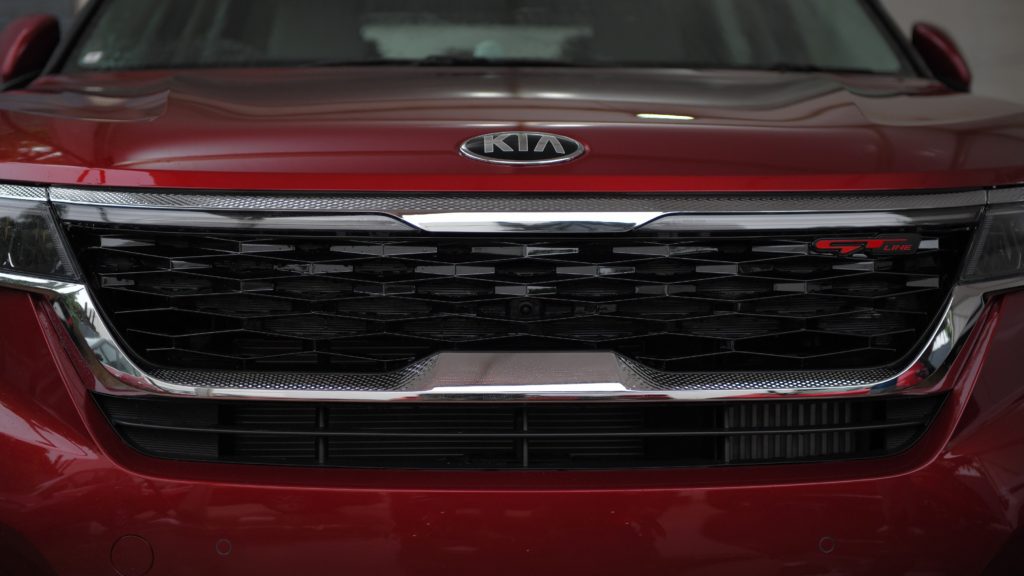 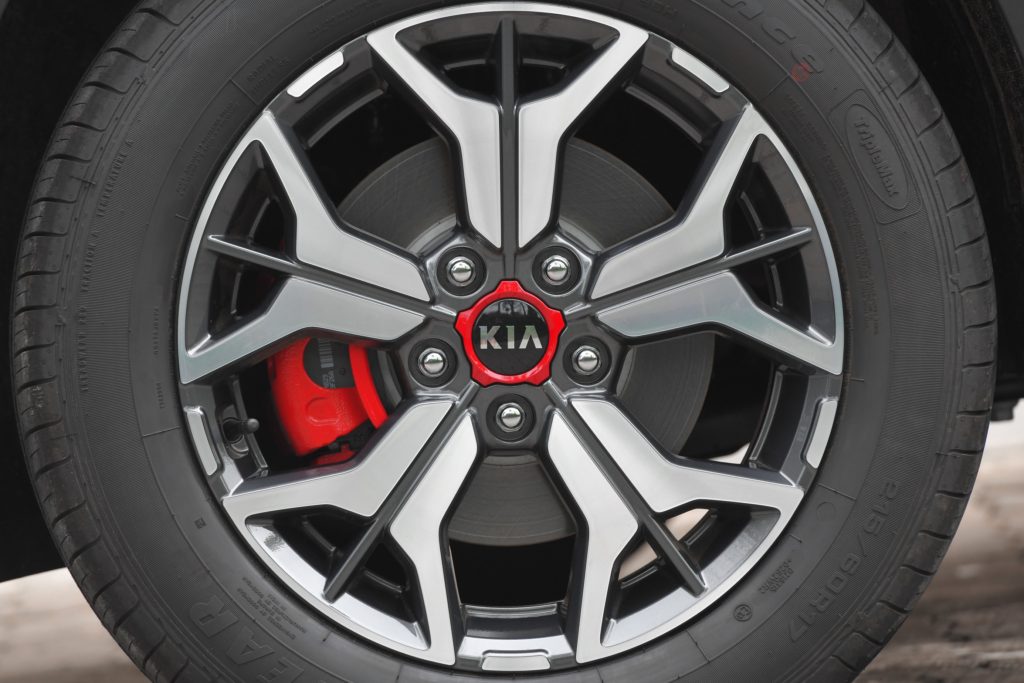 Step inside and you will be greeted with a fabulous, spacious cabin. It just feels so perfect inside the Seltos, and gives you an ultra luxury feel right from the dashboard to the floor mats. The GT Line gets all black interiors which looks quite sporty, and also gets red stitching around the flat bottom steering wheel. The Tech Line gets honeycomb pattern leather seats while GT Line gets tube pattern leather seats along with seat coolers for both of the front seats. Rear seat comfort and space is impressive and rear seats get a reclining option as well. Space at the back is better than the Creta, but lesser than the newly launched MG Hector which even has massive boot space at 587 litres when compared with Seltos’ 433 litres, which is more than adequate. 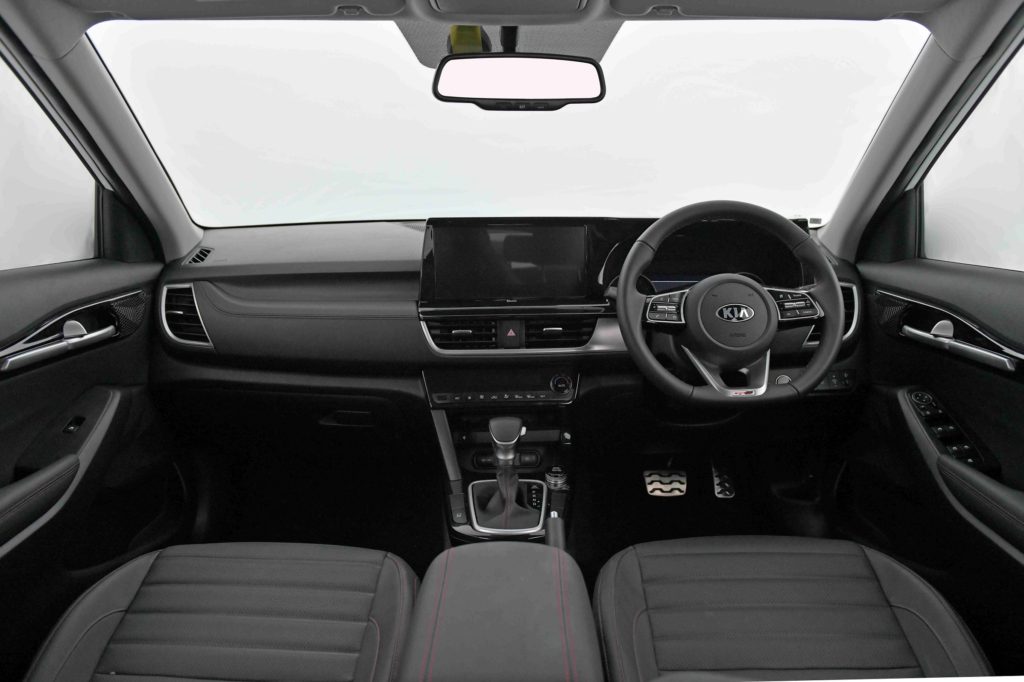 On the very well finished dashboard, you get a 10.25 inch touchscreen infotainment system which is integrated with the 7 inch display on the cluster. You also get a head-up display and a 360 degree camera on the top spec variant. One uber cool feature on the Seltos is that, when you pull the indicator, the blind spot view will appear on the cluster display, which is purposeful as well. You also get an in-built air purifier that cleans out the air in the cabin and even has an Air Quality Index (AQI) on the display. You can increase the speed of the air purifier’s fan and even perfume the cabin through the infotainment screen. The Seltos offers Bose sound systems on the top spec variant and Arkamys sound system on other variants, both of which comes with mood lighting to pump up the ambience. 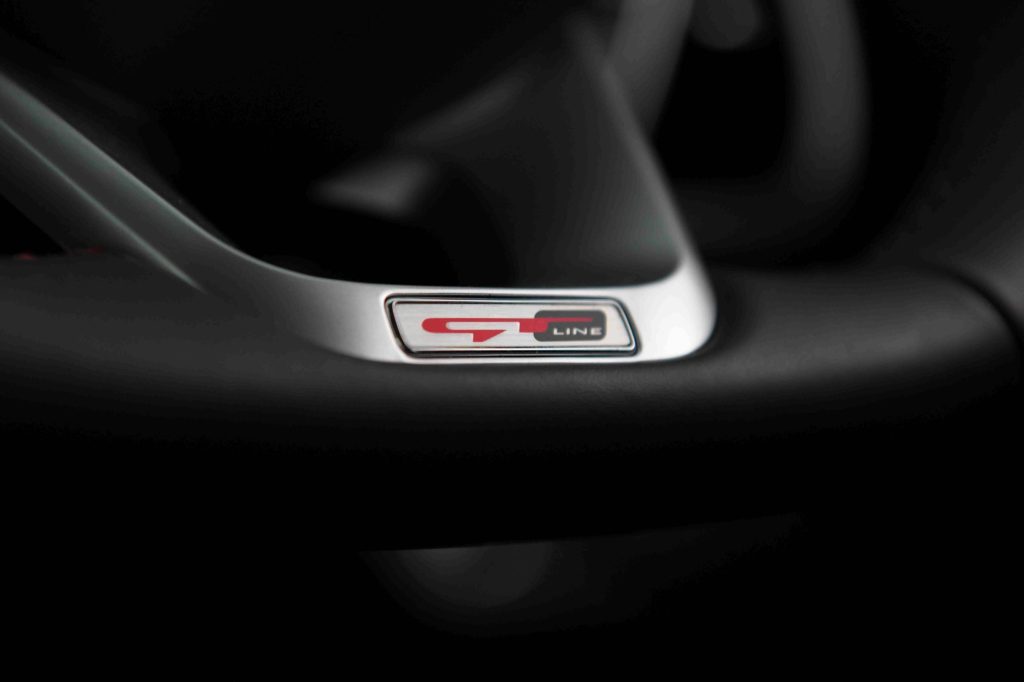 The Seltos gets 37 smart features via Kia’s UVO app, similar to Hyundai’s Blue Link and includes a Vodafone e-SIM that connects with the call centre for road side assistance. The UVO app allows you to start the car remotely, set the temperature, geo-fence it, locate and immobilise the car if stolen and even start the air purifier to clean up the air inside the Seltos.

Let’s get it rolling!

The Seltos is developed for india over 5 years of time, though it uses the Creta’s underpinnings. The Seltos gets slightly different dimensions, BS6 engines and more dynamics when compared to the Creta. Once you get rolling in the Seltos, it gives you a level of confidence (even on the wet and slippery roads around Goa) similar to that of European cars. You can brake hard on the Seltos and you won’t feel that urgency to stop, it just does the stopping job with ease. Even while going over rough patch sections, the suspension was doing pretty well, unlike the Creta.

You get 3 driving modes: Normal, Eco and Sport with three different traction modes as well: Mud, Snow/Wet and Sand mode; though we have to remember that the engine sends power only to the front wheels. In the Sport mode, the gearbox holds on to gears for a longer time while the steering also weighs up a bit.

The Seltos has two petrol and one diesel option to choose from. All the engines are BS6 compliant as well. For enthusiastic driving, we have the 1.4L Turbo GDI Petrol mated to a 7 speed DCT transmission which hits 100kmph in just 9.7 seconds. The motor makes 138bhp of power and 242Nm of torque. The Seltos gets disc brakes on all wheels and ESP as standard. The turbo petrol is fun to drive and you can’t ignore the fact that the Seltos is fast, being an SUV of this size. The DCT helps deliver a fuel efficiency of a claimed 16.5kmpl and with the manual it drops down to 16.1kmpl. 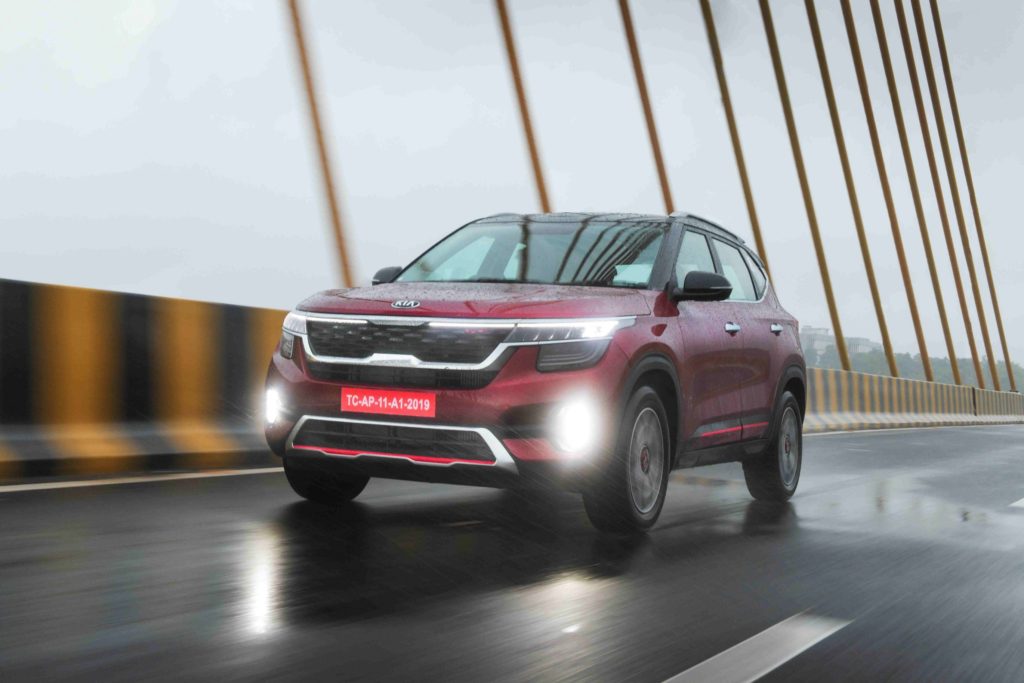 On the other hand, we have the 1.5 litre diesel which is going to be the best-seller. It comes with 113.4bhp of power and 250Nm of torque which will be able to hit 100kmph in 11.5 seconds. The diesel motor will deliver a claimed fuel efficiency of 21kmph which is quite impressive for us Indians who crave for diesel cars. There is an option of a 6 speed automatic as well which will return a claimed efficiency of 18kmpl. Finally, the 1.5 litre naturally aspirated petrol motor develops 113.4bhp of power and 144Nm of torque. This engine gets a CVT automatic. 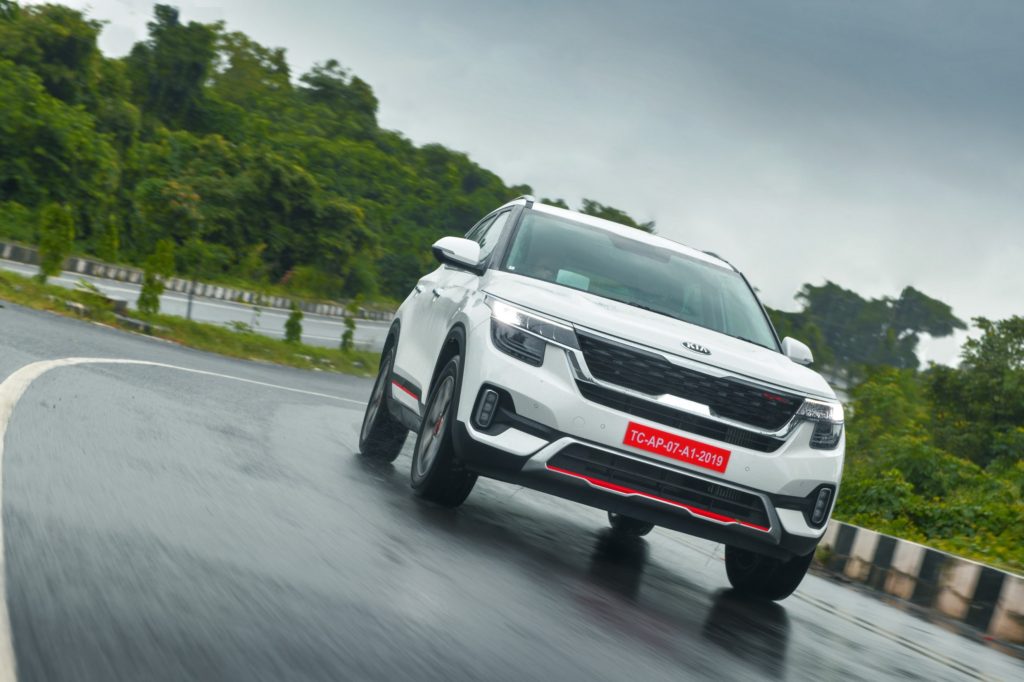 After my quick stint on the first day, I did text my friend to go and boo the Seltos. At Goa, we only had a quick drive even though we were there for two full days. But first impressions of the Seltos are very impressive. It is a complete package. Kia has started from where other competitors have stopped. It has everything you can ask for in an SUV, including rear seat comfort. To be honest, I couldn’t find any cons in the car other than too many options to choose from, which will actually confuse the customers a lot! Well, my friend is still thinking which variant and trim to choose!