You’d have to be one legged halfwit who has never seen a car before to not notice an Audi Q7 on the road. That’s how massive the Q7 is. Now having done its duty over the last decade ferrying Bollywood starlets, politicians, business czars and real estate magnates, the Q7 is due for a revamp. So as a final adieu before Audi brings down the New Q7, this Technology Variant is thank you note to the Indian Market.

Since 2005 the Q7 has been around and matured in terms of looks over the years, after a mid-life update in 2009 the design has started to grow on to a lot of people. The Q7 is a mammoth of a car on Indian roads and has a very intimidating presence and the huge fascia along with the Bulgarian beard of a grill that can scare your wits out if you see it tailing you in the rear view mirror.

The Upcoming Q7 gets more edgy and beefier, with more pronounced sharp lines and a little boxy profile. The curves on this gen Q7 sure are voluptuous and curvy and like a supermodel this beauty rides on massive 10 spoke, 20-inch Wheels.

Once you’ve climbed inside the cockpit you realize that the interior is pretty German, Functional as one may call it. There are buttons for everything; there are two separate buttons, one to start the engine and one to stop. There is an ignition key hole which sticks out like a sore thumb. The Panoramic sunroof covers 3 rows and as expected the fit and finish is top notch. There is a foot operated hand-brake which is a little crude on car with such a hefty price-tag.

Apart from these little things the flagship SUV is loaded to the gills with kit. There are memory seats in the front, four zone climate controls to keep you cool and your wife hot, then there is a BOSE sound system which has great disco like sound and also has the ease of Audi’s MMI and the navigation to get you to there. Eight airbags and a Park-System Plus with a rear view camera. The Middle row seats offer great comfort for those inter-state runs but the last row of seats are better reserved for children or if you don’t have any you can fold the seats down to get more boot space. 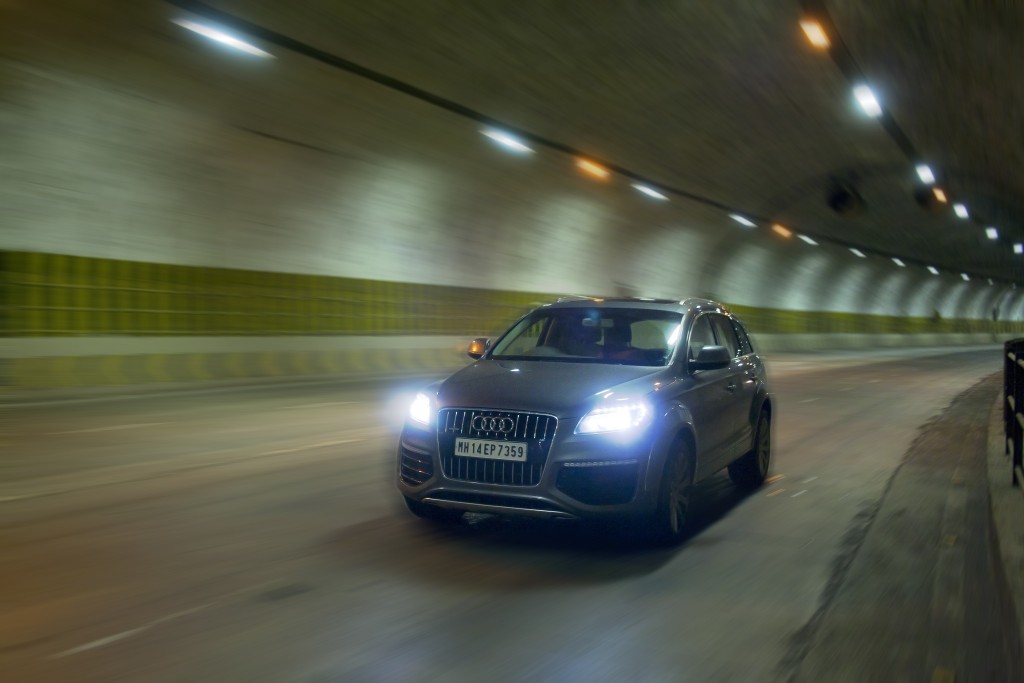 The Audi Q7 Technology wears the 35 TDI cape which means it powered by a 2967cc, 6-cylinder power plant that churns out 245 HP between 3800-4400 RPM and 550 Nm between 1750-2750 RPM. Now this engine rules the roost in many other Audi models and it does manage to catapult the heavy Q7 as well. Don’t expect it to it to sprint like the elder 4.2-litre diesel sibling but it has enough power for the cityscape and the picturesque highways before it loses steam at just shy of 215 Km/h.

And the 8 Speed gear box will help you achieve that kind of speeds, it shifts gears without you noticing and it is very discreet about it too, unless you listen to the grumble of the exhaust note and realize it has shifted. The Q7 does come with a Sport mode along with the usual D mode and a Tiptronic mode.

In the usual mode the Q7 hunkers around the city keep the efficiency in check but once you engage the S mode it feels like you are about to take off and the feeling is similar to a jet building thrust just before take-off.

The Q7 plays it cool by the way it carries itself around town by simply savouring those miles, the cruising abilities are as cool as Ed Skrein from Transporter: Refueled. With a 100 litre fuel tank capacity you get a decent range of 700 kms which is a shadow under 7.5 KM/L mark.

At 2.2 tonnes the Q7 is a huge beefy vehicle, but the Quattro doesn’t let the weight affect the handling and the adaptive air suspension which offers 4 modes (Offroad, Comfort, Auto, Dynamic) keeps the body roll under check. The Weight and the Suspension help the Q7 to simply iron out all the road undulations and glides over uneven surfaces.

The Technology variant is shod with 295/40/20 tyres and still the ride quality is perfect not too cushiony neither too stiff. The handling is apt given its weight and induces confidence when pushed hard in the corners and sharp curves. The weight does act up under braking and could’ve done with more bite on the pedal.

While wraps are off the second gen Q7, it is only by November will it hit the Indian shores. Till then Audi will sell you the first generation Q7 and you might just get a great deal on the outgoing model. At just shy of Rs. 1 Crore the current Q7 is a lot of car and you can happily live with it. 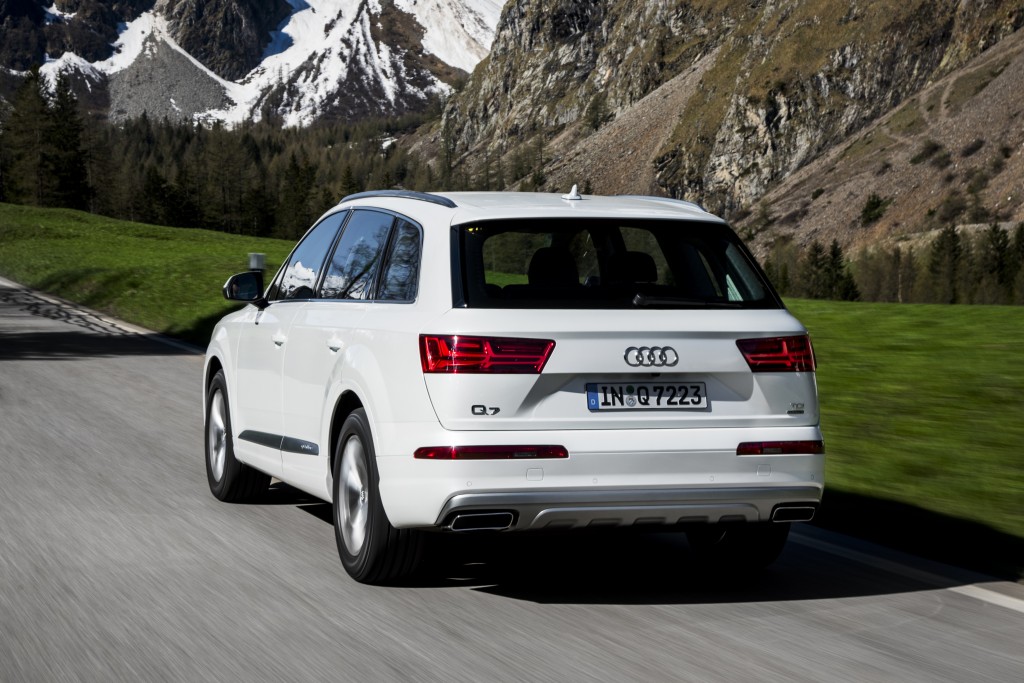 The New Q7 we are hoping would be equipped with a 3.0 Litre 6-cylinder diesel mill which produces 272bhp and around 600 Nm of Torque mated to an 8 speed tranny with the Quattro taking care of the wheels.  Audi has gone on a weight loss spree with the Q7 and managed to shed 325 Kgs thanks to the MLB platform and this weight loss has helped the Q7 to gain 26% more efficiency.