It clearly doesn’t get more Teutonic than this. Premium luxury seven-seaters – in theory – are the preferred lot of SUVs in our country; there’s no two ways about it. But given the inevitably cramped third-row at the rear, full-blown five-seater SUVs like the BMW X5 and Mercedes-Benz GLE happen to be the more concrete options. In this comparison, we’re about to find out which of the two emerges the more fruitful proposition.

Without having to beat around the bush, let’s get something very clear here. The GLE – is in no small measure – a completely fresh sketch off the drawing boards; look harder – and a keener eye brings you to an understanding that is indeed a heavily face-lifted ML. Which can’t be a party-pooper, really. Those redesigned headlamps, the large two-slat grille and slopier cues – all come together to create a nicer, more enhanced SUV.

The new X5, on the other hand, is quite different to look at if parked right next to the model it replaces. More muscled-up, with sharper creases, a larger chrome-finished kidney grille, distinct headlamps and all-new LED tail lamps – the X5 leaves no stone unturned when it comes to the aesthetics. It’s hard to nitpick on this one. Being lighter by 110kgs than before, it is also said to be more frugal and a better performer too – thanks in part to the aluminium bonnet and thermoplastic side panels. 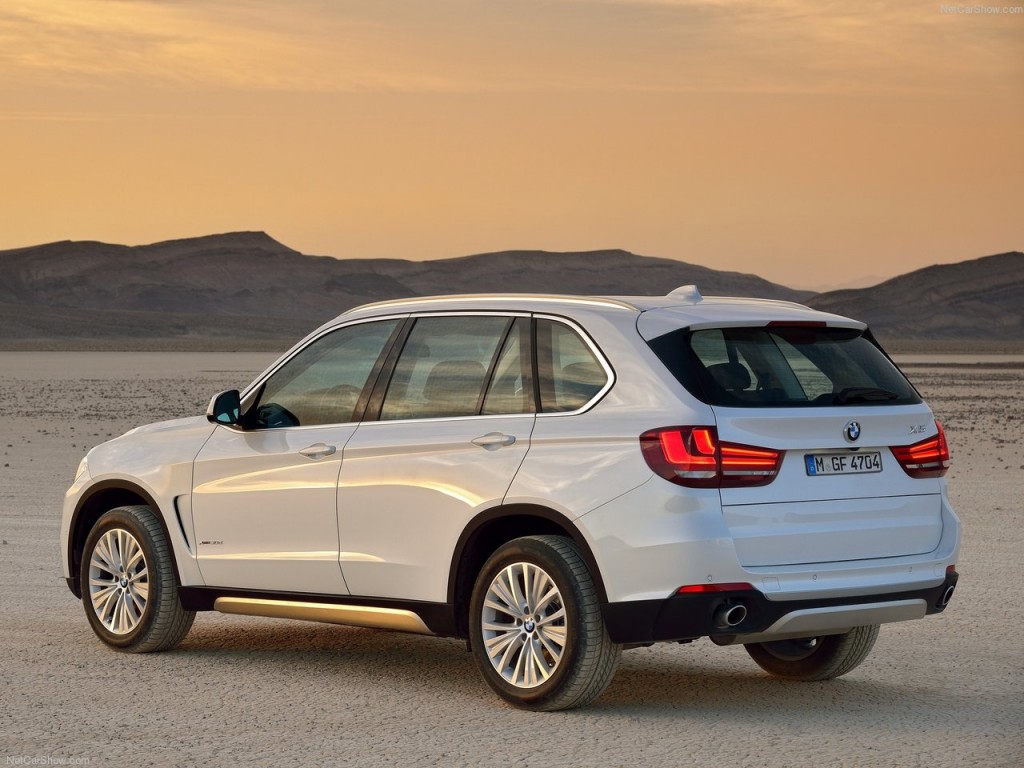 If you’re one of those backseat boys, the GLE is sure to leave you stoked with rear legroom. There’s acres of newness; from the wooden panels on the dashboard, to the newer aircon vents and the three-spoke steering. An all-new 8.0-inch screen sits bang in the middle of the dash, and undeniably, looks larger than before. Space at the front is voluminous too, making it the more comfortable among the two SUVs here.

Unlacquered wood is found inside the X5 as well, making it relatively elegant and well-appointed. Quality of materials used is of the top order; there’s also a lovely 10.2-inch media interface that gets BMW’s iDrive system support, which also allows for a split-screen view of the options the driver would like to toggle through, with navigation and music information on display in the same breath. Like the GLE, the X5 also floors you with ample comfort and seat support – and although the X5 comes with a third row – it’s best used as a five-seater, as the rear-most seats are mostly for the little ones, making ingress and egress for adults a bit of a squeeze.

Both SUVs are powered by the 3.0-litre, 6-cylinder turbo-diesel engines, linked to automatic transmissions that send power to all four wheels. The GLE endows a responsive 258hp V6, mated to the popular 9-speed Tronic auto ‘box. The X5’s inline-six is said to be the sportiest of the two, thanks to its refined motor that is also rev-happy – much of what a petrol’s nature is; also, if leaping off the line at a signal mattered most, the X5 proves to be better at doing it. It’s 8-speed Steptronic gearbox is – by a certain margin – better than the Merc’s.

With the help of active damping, you can alter the suspension in varied modes: Comfort, Sport, Slippery and Off-road. And for the uninitiated, the all-around air-suspension system is unique to the GLE alone. It absorbs bumps with aplomb, and is massively composed at higher speeds. The X5 gets a steel spring setup at the front, with air-suspension at the rear, coupled with an adaptive damping system as well. And as expected, the Beemer isn’t as supple as the Merc, but is said to be that little bit better to drive. No off-road mode here though; just Comfort, EcoPro, Sport and Sport Plus.

Alright. So here we are – at the end of a debate that seemed like it was never going to end. Neither of the SUVs cease to impress; both come brimming with features and comfort. If you’re behind the wheel for the most part, it’s the X5 you should consider, but the cabin of the GLE takes the cake. Both engines are astounding performers, but the lack of space at the rear of the X5 makes the GLE the more alluring buy. It’s more of a heart-over-head decision, this.