Smart has unveiled an electric small car called the Vision EQ ForTwo at the recent Frankfurt Motor Show. With this concept, Smart is portraying what future technology will go into the making of their future city cars that will be a part of Mercedes-Benz’s Car2Go car-sharing programme by 2030.

Smart also hints that its entire line-up will eventually be electric-only under Mercedes-Benz’s EQ electric sub-brand. The Vision EQ employs a rear-mounted electric motor and a 30kWh lithium-oin battery helping it achieve a range of 300kms. 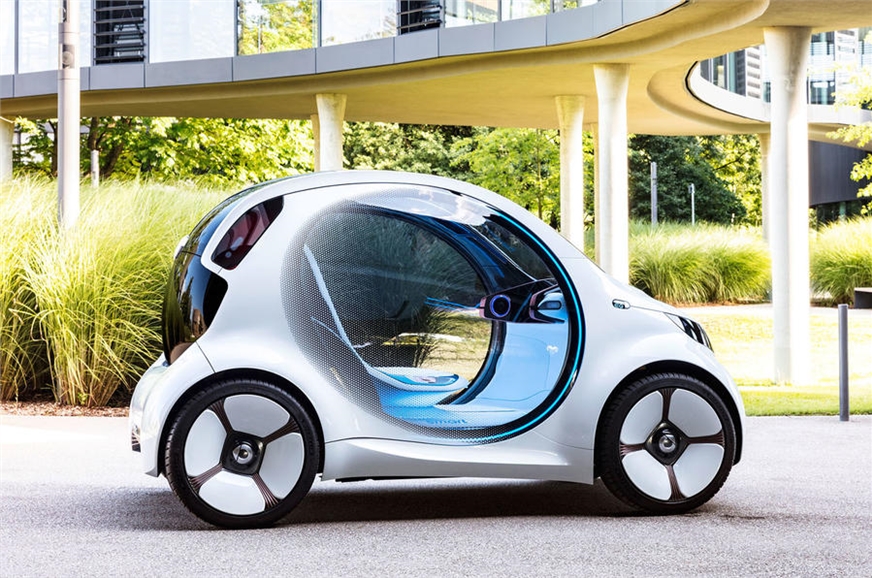 The Vision EQ is also said to use its autonomous driving ability, driving itself to a charging station when the car isn’t is use.

The cabin boasts of a relatively simplistic yet modern design with no steering, controls or pedals. Various functions can be accessed through a smartphone or voice control.