Mercedes-AMG have uncovered one of their most extreme cars yet – and they’re calling it the Project One. The car is based on a carbon-fibre monocoque structure with the panels and air-intakes designed to help in airflow and generate downforce. There is also a huge wing that deploys at the rear which aids downforce. 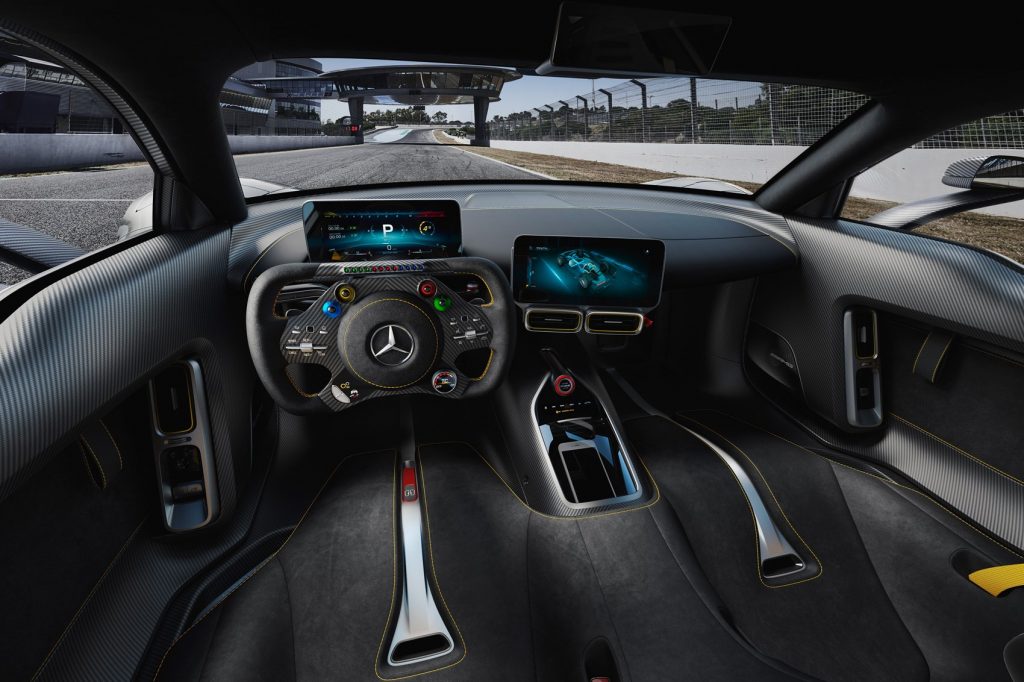 Inside the car, it draws inspiration from the W08 race car. A newly designed steering wheel with controls for the individual drive modes and suspension settings, a digital instrument display are some of the highlights. Instead of a rear-view interior mirror, the Project One features a digital display that shows real-time video of the rear view via a ‘MirrorCam” function.

Underpinning the Project One is a race-grade chassis with an adjustable multi-link setup with pushrods for the front and rear. Standard 19-inch wheels at the front and 20-inchers at the rear are proper centre-lock alloy wheels wrapped by 285/35-profile tyres (front) and 335/30s (rear). 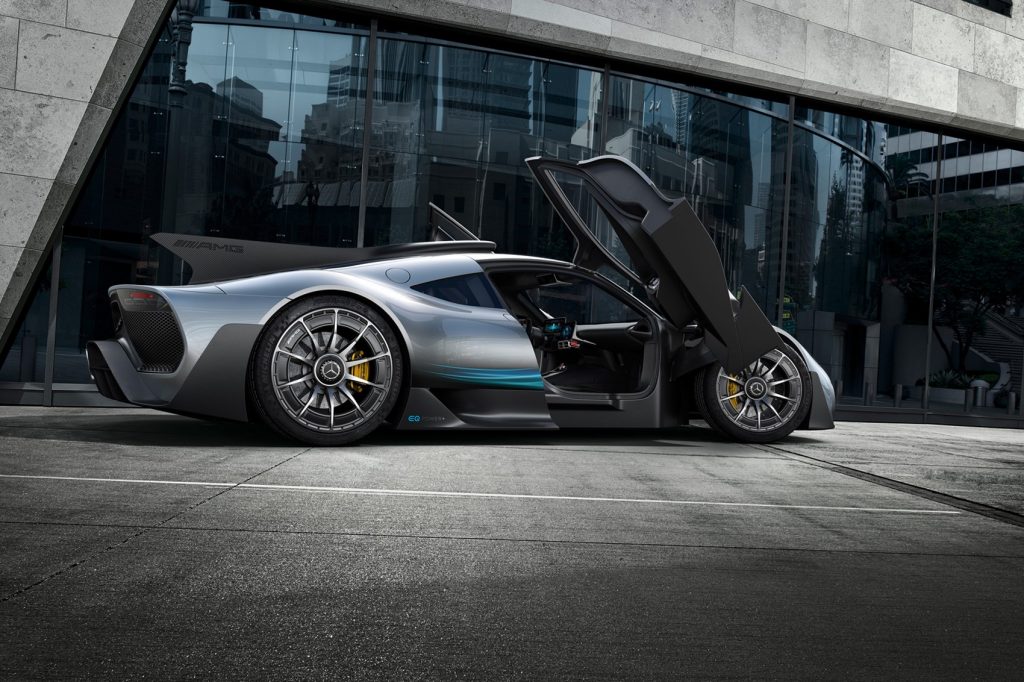 It also comes with three modes: ESP On, ESP Sport handing mode, and ESP Off. The Project One boasts of carbon ceramic brakes with specially developed callipers.

Each electric motor plays a significant role – one is incorporated directly into the driveshaft in a layout that matches today’s F1 cars; the other drives the turbocharger as a torque-filler, while the other two motors – placed in between the front axles – sends power to the front wheels. 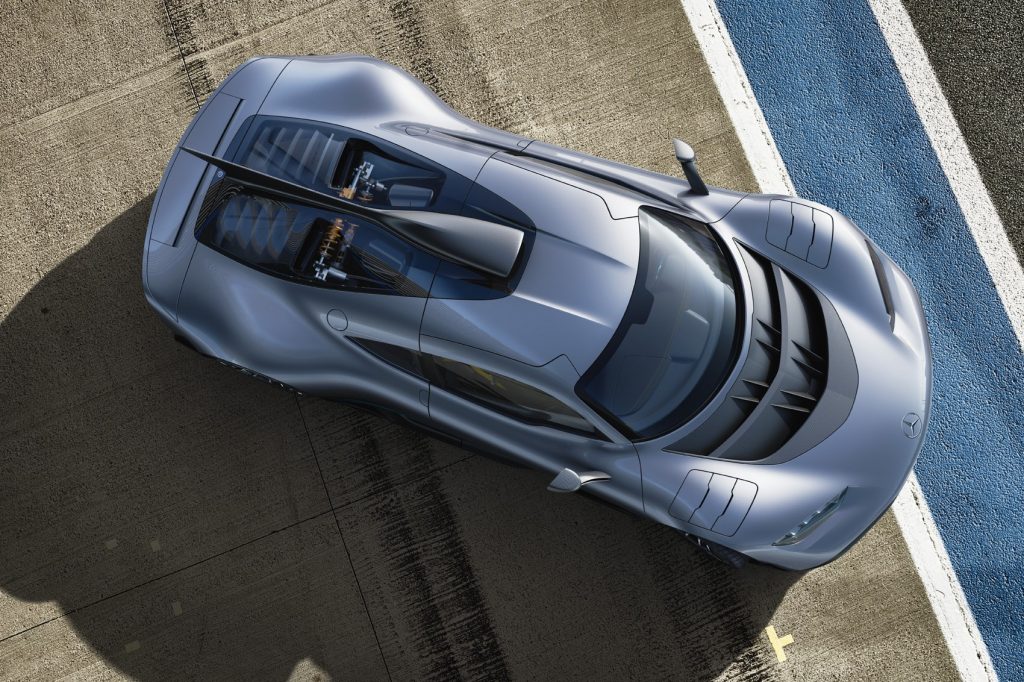 To match the throttle response of a F1 car, the Project One’s electrically-driven turbocharger works similarly to the motor-generation unit on an F1 car. Expect a power figure of more than 870hp with the driveshaft-mounted electric motor further adding 163hp to the mix, while the two electric motors on the front axle channel 326hp to the front wheels and features a torque-vectoring function as well. Combined output is more than 1000hp, a major chunk of which is sent to the rear wheels via a hydraulically-operated 8-speed automatic gearbox that can be operated through remote steering wheel-mounted paddle-shifts that has the choice of automatic and manual modes. Top speed is expected to be about 350kph or so.

We’re almost certain this is the most extreme, yet usable road-legal race car ever made – and while you maybe one of the lucky few who can actually afford it, you’d be sad to know that every single one of the 275 cars have been sold out already! 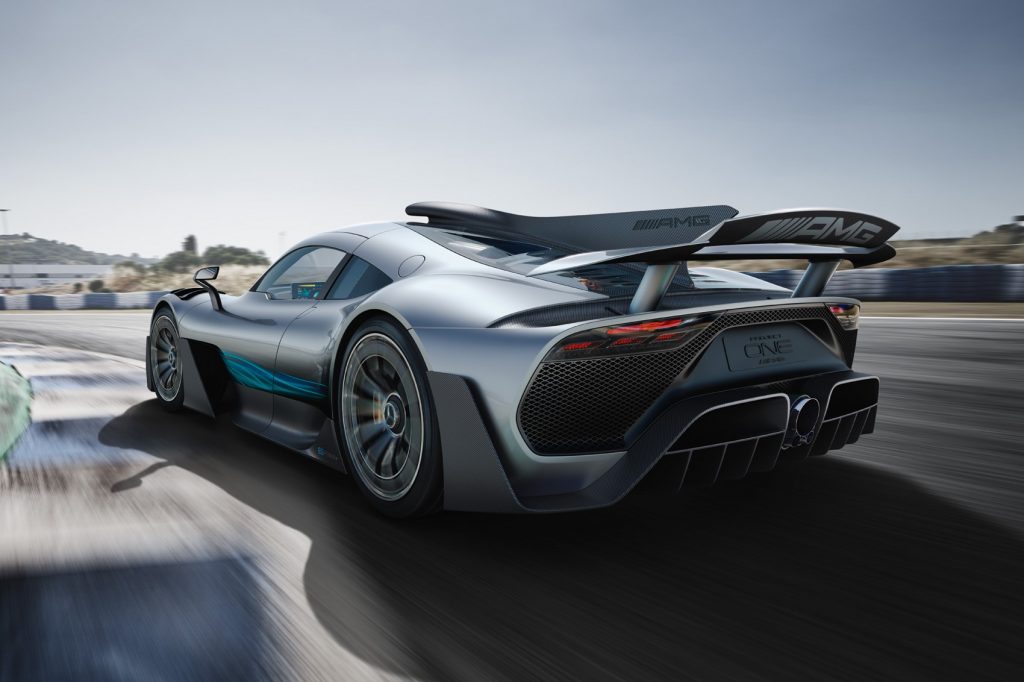