Right after my long term drive of the Go+, we headed to Chennai for the pre-launch drive of the Go and Go+ CVT variants. Well, if you compare the CVT with an AMT, the CVT is smoother with lesser engine noise and less lag. Datsun wants to offer a premium experience for customers who are looking for an automatic entry level vehicle. Said that, the Go and Go+ CVT will be the most affordable CVT equipped hatchbacks in the segment.

The Go and Go+ claims to have better structural reinforcements to the front, sides and the roof resulting in better crash test compliance. Pedestrian protection is also improved and along with these updates, the car now weighs a 40Kg more. This is interesting easy to notice, as we close the doors; it feels a bit heavier and solid. As far as safety features go both the cars come with dual airbags, ABS with EBD and brake assist, rear parking sensors, driver and passenger seatbelt reminder as standard.

There is nothing much to talk about the exterior styling as it looks the same as the on-going model. However, to add some sportiness, Datsun is offering a rear spoiler in both the cars. What I liked the most is the new vivid blue colour which looks very attractive in the Go+. 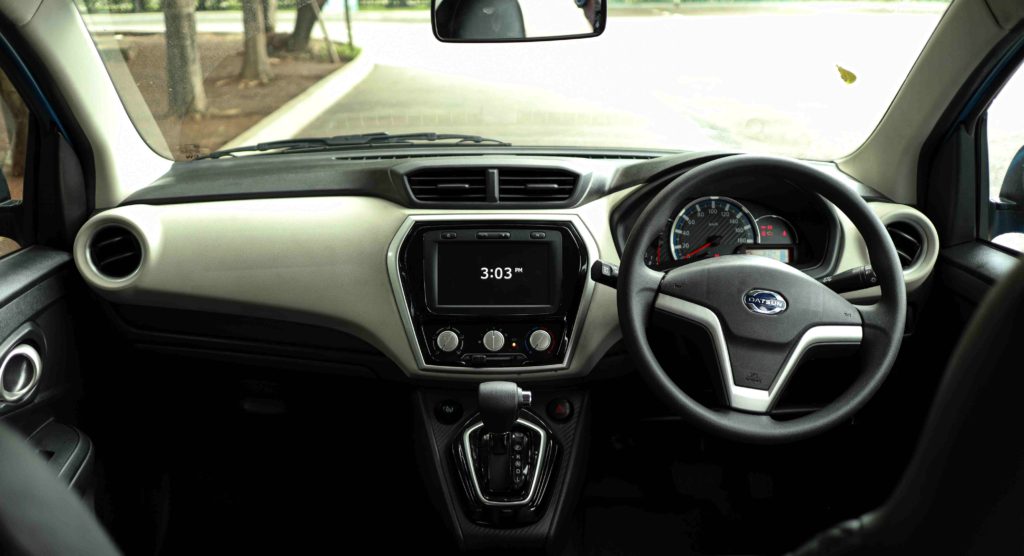 Step inside and you won’t see anything new other than the gear lever and touch screen. The gear lever looks familiar as we have seen the same one in Micra before. The touchscreen is a new 7 inch system with buttons, while the on-going Go models come with a Blaupunkt system which I feel was better, as the new screen looks a bit too basic. The Go plus gets a mix of beige and black interiors, the GO gets an all-black cabin. 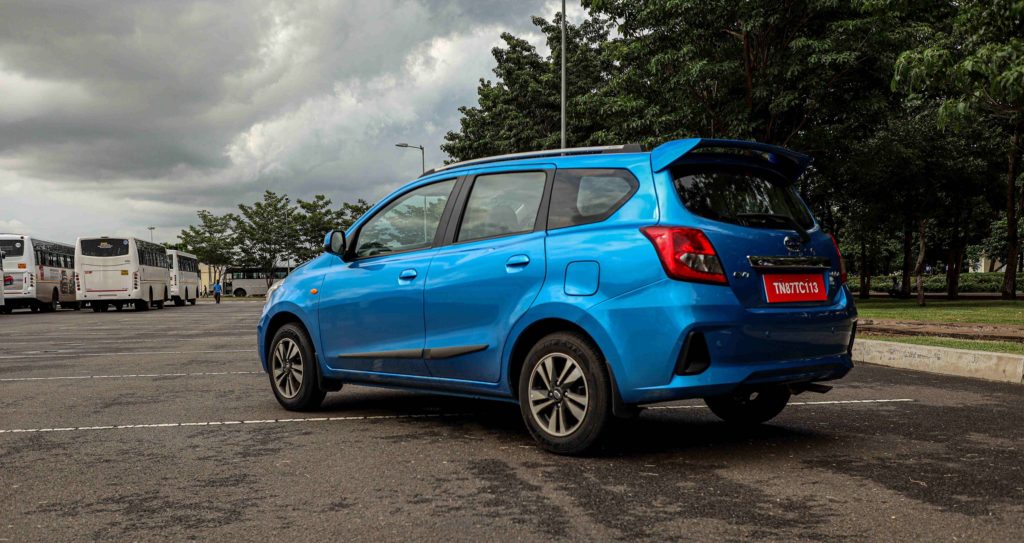 The Go models has a 1.2 litre 3 cylinder petrol motor which churns out 68bhp of power in manual variants, while Datsun has increased the power to 77bhp to cover up the lag. To me, the Go models always felt peppy to drive. Around the city, it is one of the best compact hatches. Having said the word compact, it doesn’t lack on space. Both the Go models are spacious enough compared to the rivals. While at the same time, it isn’t not as spacious as the new WagonR. 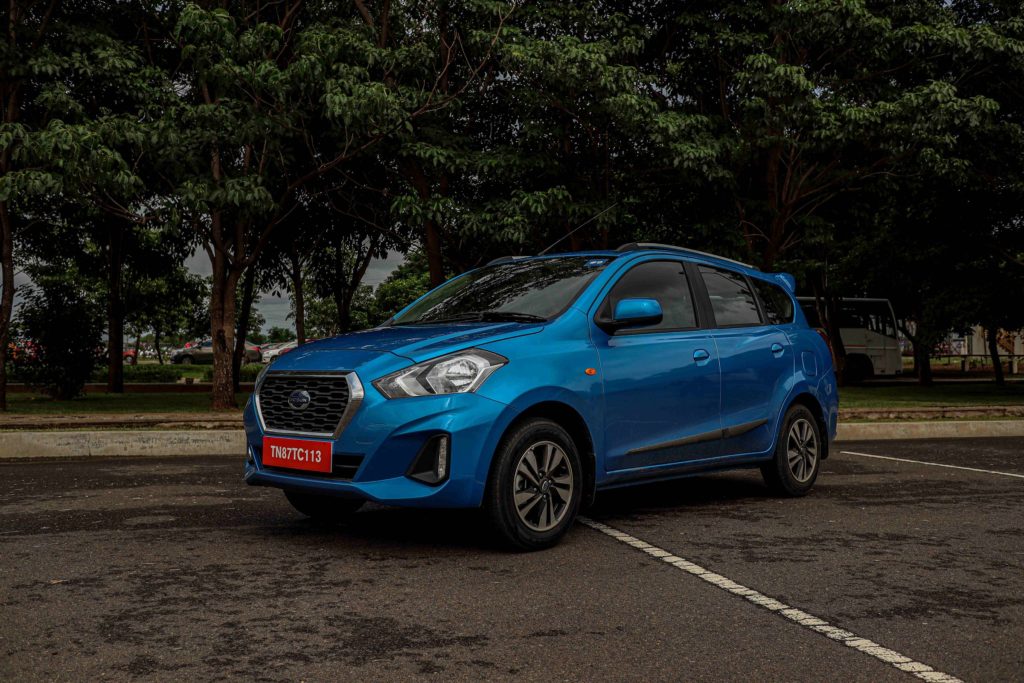 Compare this with an AMT and you will experience each gear shift with a jerk. Datsun is bringing the CVT gearbox to offer a premium experience for the automatic wanting customers. The new CVT gearbox felt smoother to drive around the city with seamless shifts. But when you are trying to overtake, you will always want more power and that is missing. However, that is something which we should expect from a CVT gearbox. To bring more punch, there is a Sport mode as well which will reduce the lag a bit. However, when you floor the throttle, the gearbox feels like working a bit too hard than it can handle. 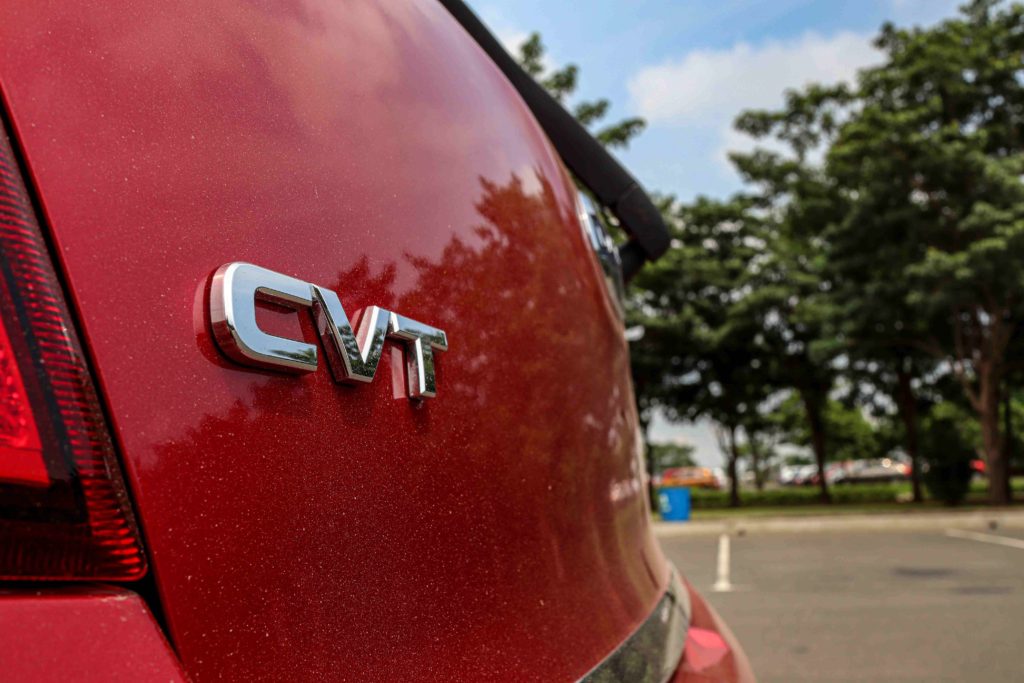 However, this is the car which is meant for city commute. Considering that, the CVT is a real advantage in today’s traffic condition. The Go hatch will deliver 20.07kmpl which is higher compared to the manual transmission which offer 19.72kmpl only. The bigger 7 seater Go+ will deliver 19.41kmpl considering the difference in weight of the car. The Go+ also comes with a bit more body roll compared to the Go. 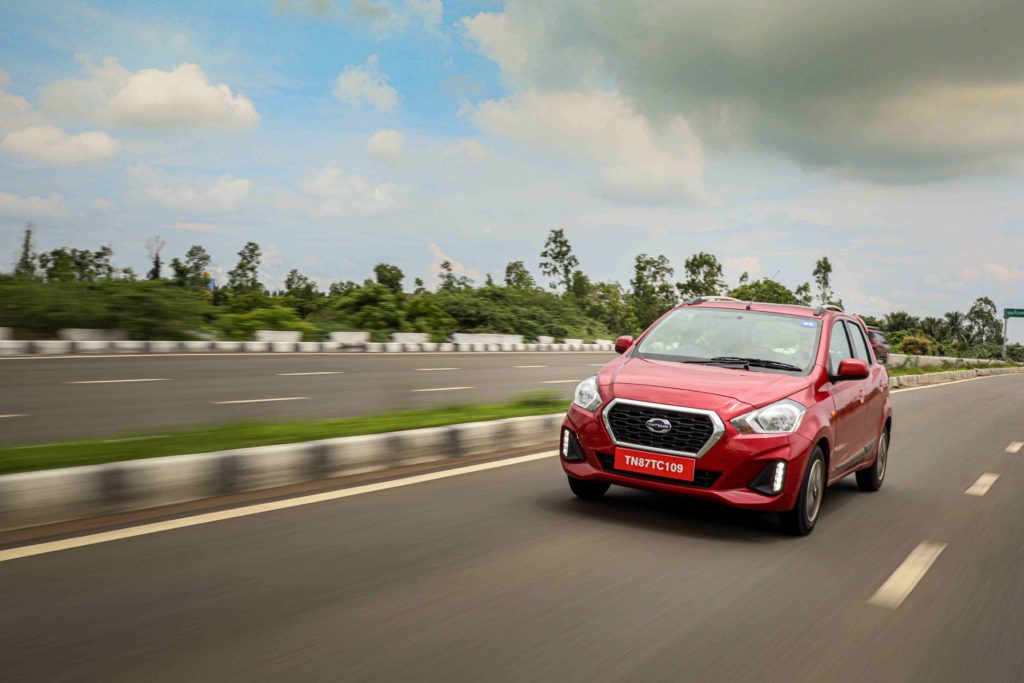 Datsun is confident about the pricing and they say this will be most affordable CVT in the segment. Which is also proving that CVT isn’t such a costly package to offer considered to AMT. The updated models should bring some change in Datsun’s sales volume. Both the Go and Go+ will get CVT options only in the top end variants. We will soon get to know the pricing soon; while Datsun has already announced commencement of bookings at dealerships.