Datsun’s latest and smallest offering in the budget-car segment that’s here to change the mindset of the customers who were not satisfied with what the Go and Go+ had to offer. Also, with its modern aesthetics, it manages to make others cars in its league seem a little to humdrum. With a competitive price tag starting at Rs 2.5 lakhs, it is sure give you a whole lot of car for your money. All of this and the fact that what you’re about to buy is a Japanese car made in India.

We’re on pins to know if it fulfills our expectations of a small car, aimed at families who’ve got plans of graduating from a two-wheeler and now find the need for a little runabout that’s compact, easy to park, economical and a joy to manoeuvre. And more importantly, to fathom its significance in a segment where the fight is sure to be fierce, but let’s not forget that Datsun has learned more than a thing or two about affordable cars – and the Redi-Go is their strongest muscle yet. 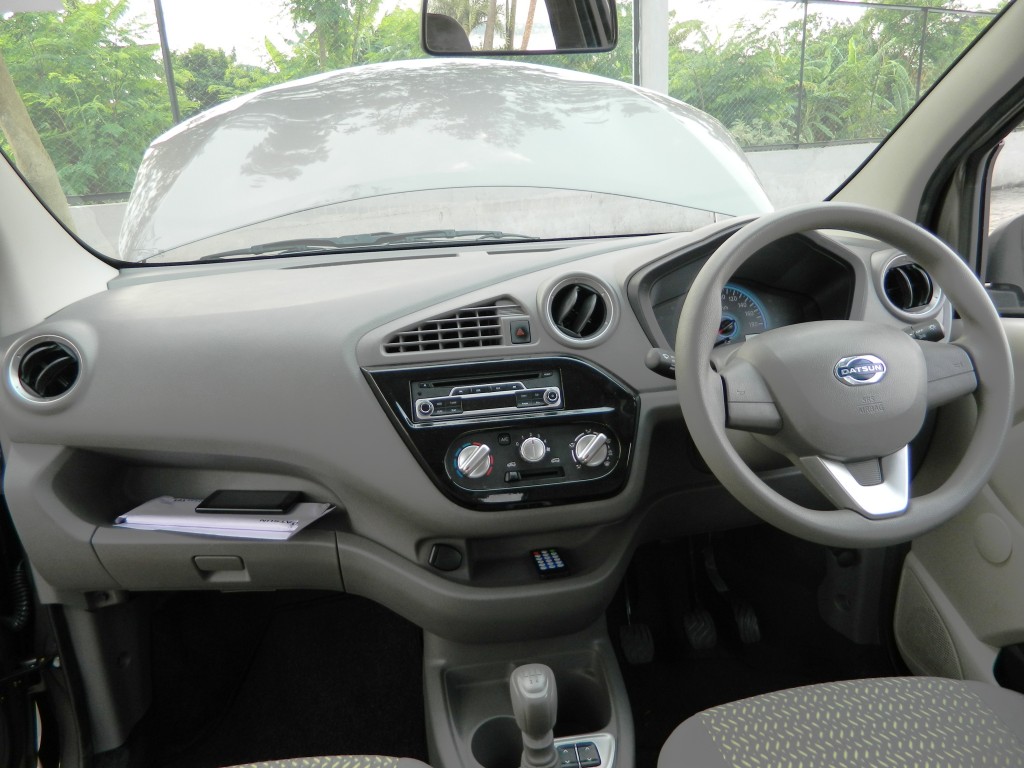 Besides being a car that you could actually park in your bedroom, it’s also got this charm of a fuzzy little bear that you’d cling onto when sleeping. Features that buyers in this segment will be on the lookout for include front power windows, CD player with aux, USB input and radio, full wheel caps, front speakers, power steering, driver’s airbag(now becoming the norm), and the Redi-Go does not fail to deliver. Oh, and DRLs too(so now Audis aren’t the only cars that can show off in day light, eh?). Luggage space in the boot is impressive at 222 litres; small suitcases, maybe a few soft bags even, can be plonked in. Skid plates at the front and rear hint at crossover appeal; exhaust tip gets a chrome finish and there’s a triangular AC vent placed bang in the middle of the dashboard, keeping in mind rear occupants. 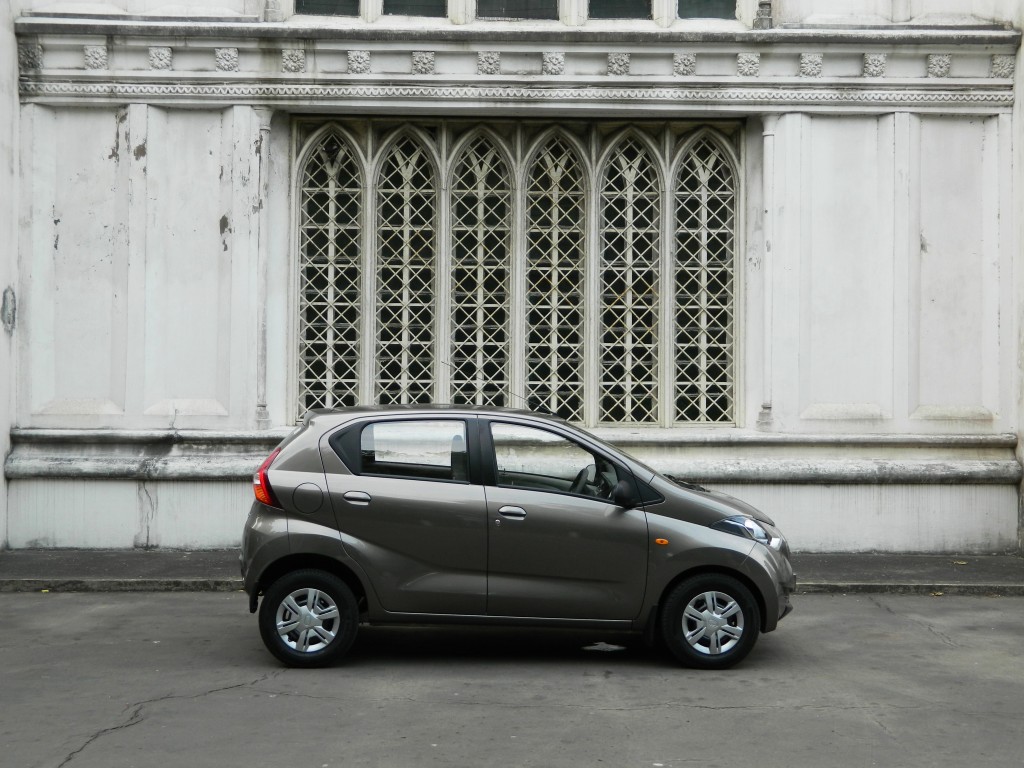 We’re hardpressed to find fault in the Redi-Go’s design. The signature grille up-front gets a chrome surround that adds to the car’s appealing fascia; walk alongside and you’ll notice bold character lines with a rather stylish rear rounding off the look.

On the inside, the beige-and-grey interiors are very pleasing to the eye – and the dashboard’s angular surfaces reflect the thought process that has gone into penning down its design. The steering has a good feel to it with plastics decent enough to give the rivals a nightmare. If you’re familiar with the Go’s instrument cluster, you’ll notice a similar speedometer dial with a digital screen that lights up in orange, showing you the tachometer and trip computer readings. However, what was disappointing was the size of the glovebox that seemed big enough to accommodate only a tiny water bottle or perhaps some stationary. Cost-cutting is evident the moment you realise there is exposed sheet metal visible on the doors, and single wiper blades, and a few other bits and bobs. 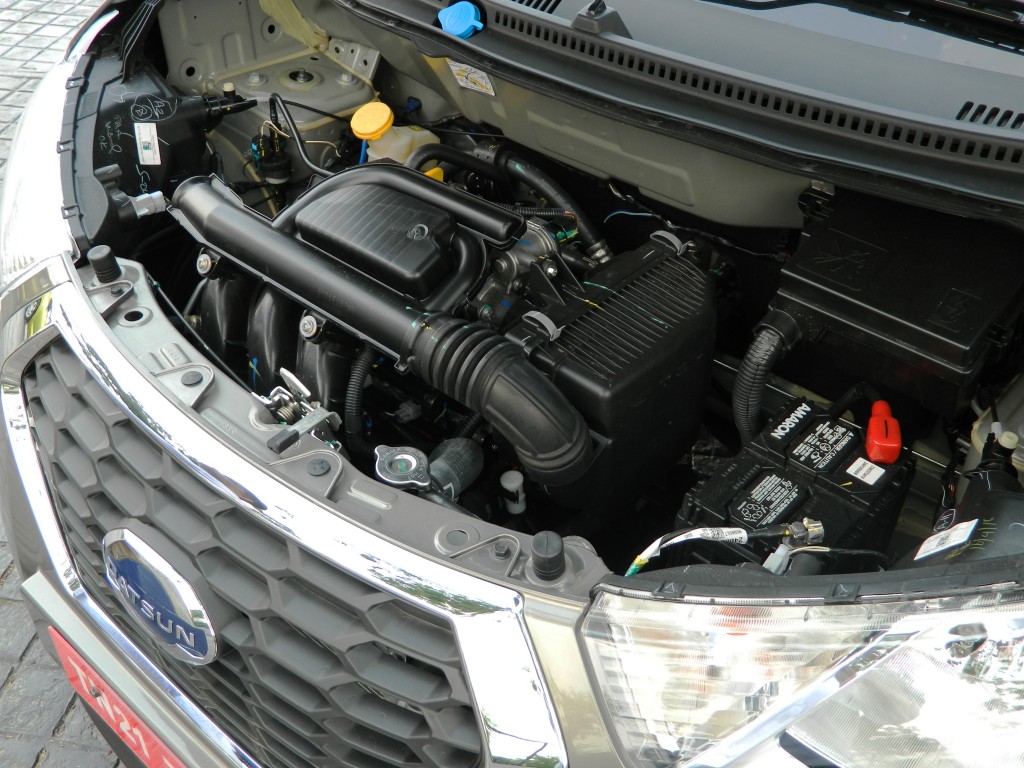 Like we’d mentioned in our previous feature of the Redi-Go, seat fabric isn’t to be sneered at, but a lack of bolstering make the bench rather flat to sit on, but as far as room is concerned, the Redi-Go doesn’t cease to impress its occupants, even at the rear, making it unbelievably roomy for three adults as well.

The engine – on idle – is a bit bothersome, given the vibrations that filter into the cabin. Put your foot down, go up a couple of gears – and that’s when the whole experience gets smoother, leaving you to hit a top speed of 120kph; anything more, and you’ll be submitted to more of the motor’s coarseness. It’s not-so-light-to-shift gearbox could see some tweaking in the months ahead, but the clutch is a joy to operate.

Steering the Redi-Go through tight gaps feels light, making it a breeze to drive in rush-hour traffic, thanks in part to its kerb weight of just 760kgs and compact dimensions. It isn’t particularly a driver-centric car, but remember that you aren’t paying too much to expect that in this segment. While it is stable around a corner, it certainly isn’t confidence-inspiring, but a ground clearance of 185mm makes wading over lumpy stuff a boon, although we must remind you that the ride being on the firm side, results in unsettling of the occupants inside. 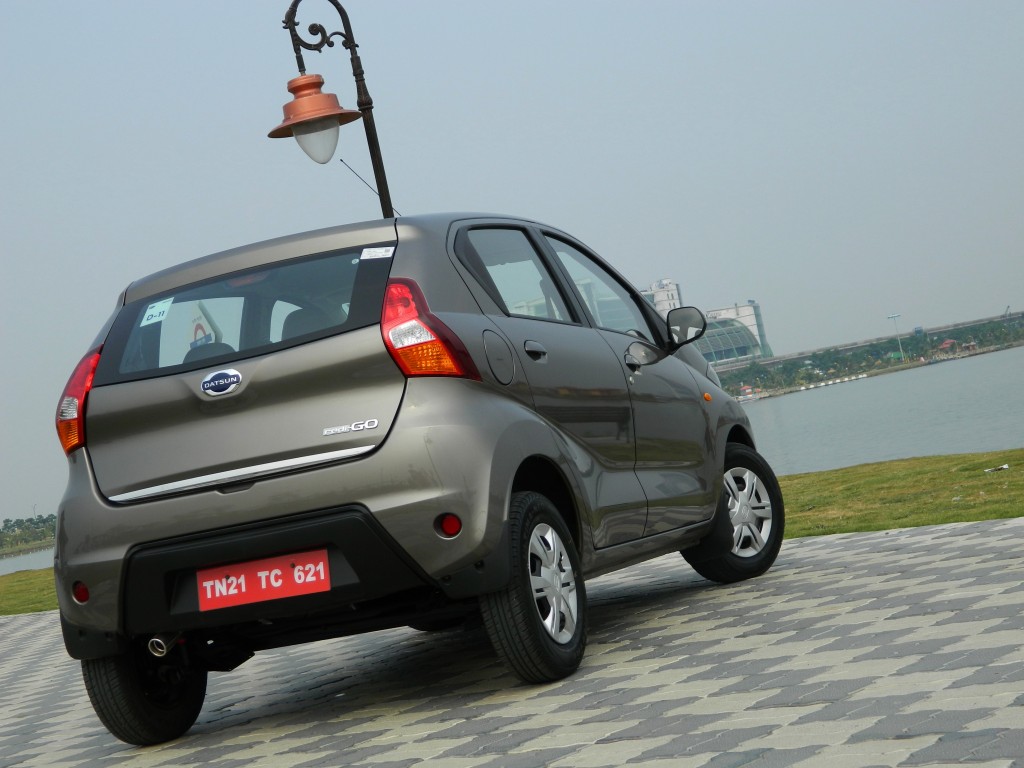