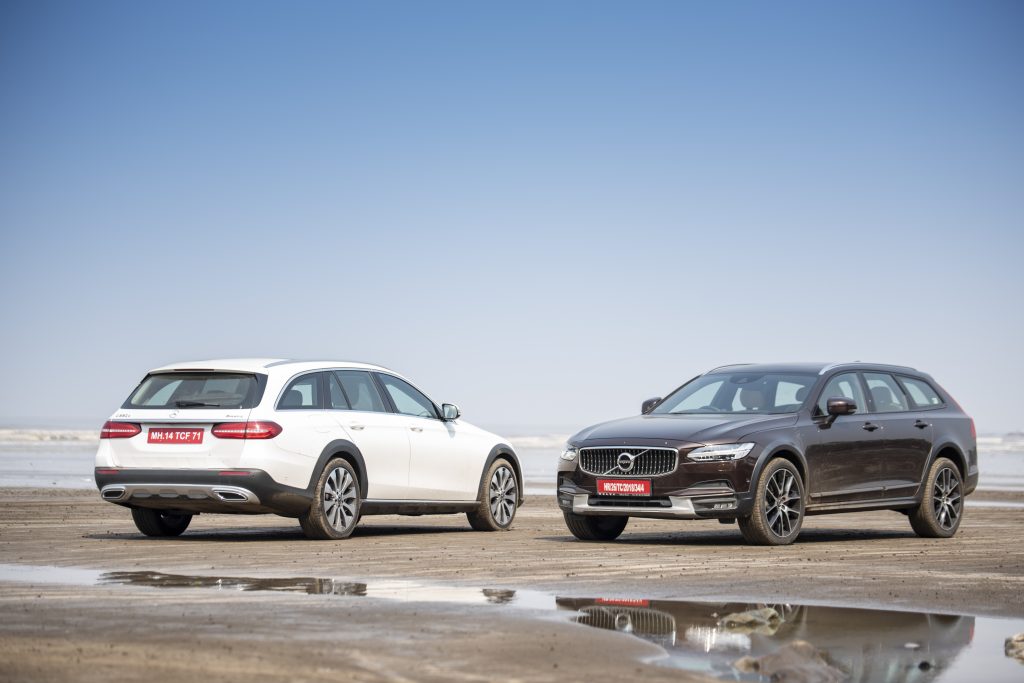 The love for station wagons hasn’t spread much across our country. But even then, change is inevitable. Bringing up a new segment and lifestyle into India, Mercedes-Benz has ushered in the wagon version of the E-Class, added some rugged elements to it along with an off-road mode and named it the E-Class All-Terrain. The rich will use the extra space for shopping and weekend getaways, with drives to farmhouses now being much easier with the option of raising the ride height along with the 4Matic all-wheel drive.

Under the hood is a 2-litre, four cylinder, turbo diesel – the one we have seen in the E-Class sedan; however foreseeing the future, Mercedes-Benz has made this engine BSVI compliant, instead of the BSIV compliant engine in the current E-Class. It’s the same motor available in the newly launched C-Class as well. Well, kudos to Mercedes-Benz for being the first in the country to do so. But the credit for bringing the station wagon segment to India goes to Volvo, as the V90 Cross Country was the first luxury station wagon in our country. We pit these two beautiful cars against each other on every aspect! 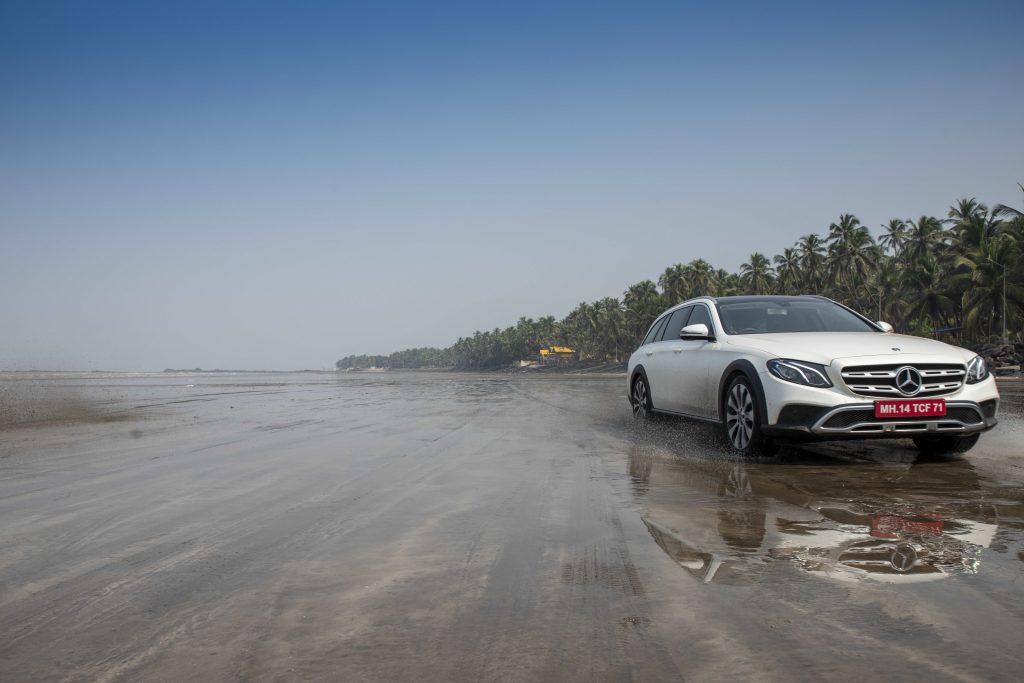 As we know, both cars are modified versions of their sedan variants. If you’ve come across the S90 or the E-Class, both cars look striking from every angle. The V90 shines boasts of very bold styling, while the E-Class scores on elegance. Coming to the wagon variant, Mercedes has added some muscle to the E-Class, with a rugged-looking grille and claddings alongside, with larger 19-inch wheels which make it more off-road friendly. The length of both these cars tends to pull in crowds, as spotting an expensive station wagon in our country isn’t very common.

Among the two, the Volvo packs more power and torque and hence, it is the more engaging to drive as well. The E-Class is mated to the smooth 9-speed automatic transmission which offers linear power delivery. What’s missing in the Volvo is that it gets air suspension only at the rear, while all four wheels get air suspension on the E-Class. Though the steering isn’t as responsive as in the Mercedes, it’s the Volvo that feels more enthusiastic on highways as well as on rough patches. While the Mercedes has an upper-hand with a smooth transmission, Volvo outshines the E-Class All-Terrain with more horsepower. Step on the throttle and you will feel the Volvo gliding past the E-Class with ease.

The V90 Cross Country’s ground clearance is the highest at 210mm, and though the suspension can be raised in the E-Class, crossing 35kmph will have it return to its standard suspension setting and become the regular E-Class sedan. Remember, despite having an off-road mode in both these cars, all we can call them are soft-roaders which make more sense.

Taking into account the dimensions, the Volvo is the tallest, longest and widest of the two. Of course there is only a small difference, but the major change is in terms of the height. The taller Volvo has better road presence, and tackles the beaten path without any fuss. 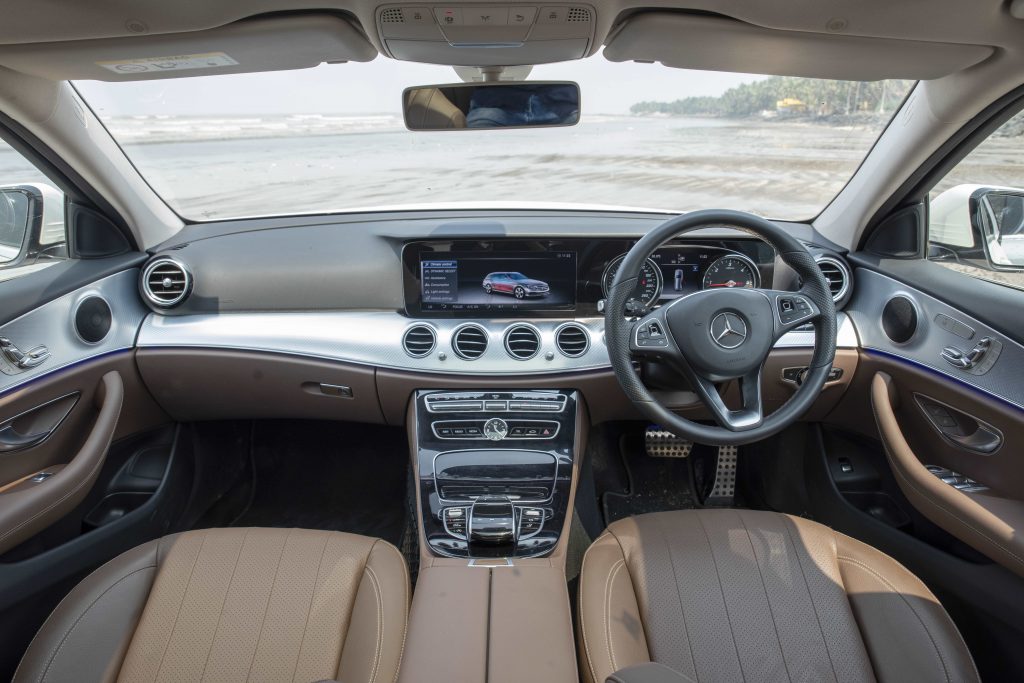 It’s easier choosing between Sachin and Dhoni than it is with picking the better of the two interiors of both these cars, as both cars come equipped with some of the best cabins. One look at the E-Class All- Terrain cabin in the dark, with the beautiful chrome strip across the dashboard and ambient lighting, will have you fall for it. The E-Class All-Terrain is always ready to get converted in to a 5-star hotel with its luxurious cabin setup. Having said that, the cabin of the V90 is really special too! Volvo has carried out a minimalistic design approach, and the cabin looks similar to the XC90’s with the 9-inch touch screen system. Almost all the controls are accessed via the 9-inch touchscreen in the Volvo, with very few switches on the dashboard. The Merc gets the bigger 12.3-inch touchscreen infotainment system, which is more user-friendly. The Volvo offers a 4-zone climate control, while the Merc offers only a 3-zone option. Coming to the rear seat comfort, Mercedes shines through with better seat comfort and thanks to the Volvo’s huge centre tunnel, it takes up a bit of space.
The instrument cluster is all-digital for the Volvo, while Mercedes still uses the old fashioned dials. Both cars are known for safety, but the Merc gets seven airbags while Volvo carries six. Both cars feature emergency brake assist. As usual, Volvo comes equipped with a host of other features like the front and rear collision mitigation system, lane keep assist, blind-spot detection system with cross traffic alert, 360 degree camera, front and rear pilot assist, hill start assist, hill descent control and heads-up display. 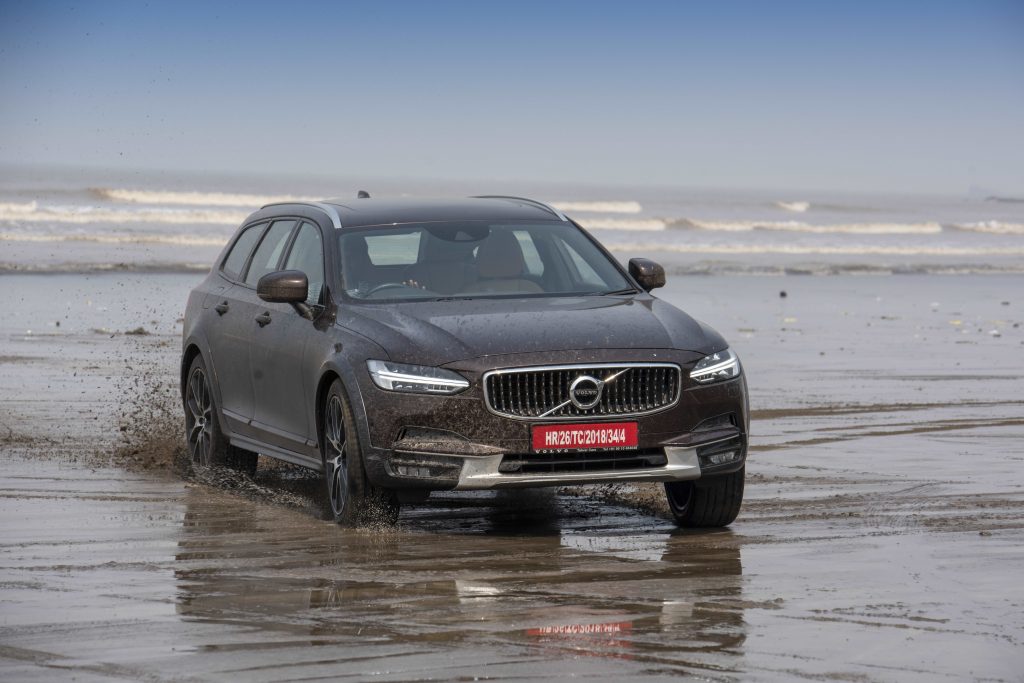 Station wagons or estates are the kind of ‘best of both worlds’ cars. They are made to tackle a bit of slush, while keeping you pampered in luxurious interiors. You drive these to office every day, take your wife shopping and instead of shuffling the car on weekends, you can still drive the same car to your favourite destination. While both these cars score brownie points in their own way, it makes it hard to choose between the two. But we still think the E-Class All Terrain misses a lot in terms of features, while Volvo offers a whole lot for almost ₹10 lakh lesser than the Merc. And oh, don’t forget about those Nappa leather seats with that awesome massage function in the V90 Cross Country.