At first glance it might look like a hot hatch on steroids, from other angles it might even look like a scaled down Q3. But look closely and you’ll realize it is Audi’s way to grab a share of the market dominated by the likes of its other German counterparts. Based on the MQB platform, it is identical to the Volkswagen T-Roc & the Skoda Karoq in terms of dimension but what separates it from them is not just the 4 rings on the grille but the sharp and clean European styling; with the wide nose and detailed headlights that add character to the car. From the side it looks well balanced and riding on elegantly designed 17inch alloys that fill the wheel arches well. 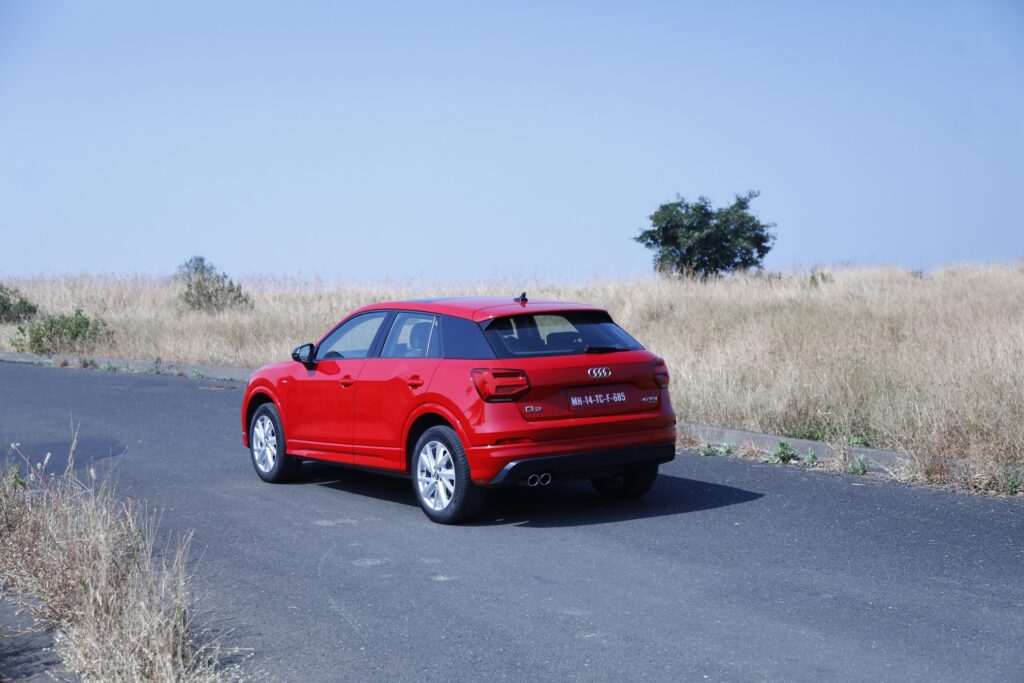 From the rear, it carries a sharp shoulder line with a slight chiseled out kink on the quarter panel and the wide C Pillars, though look good, hinder the rearward visibility. The tailgate is neatly designed with no over the top design cues giving it a coupe like look from the rear. 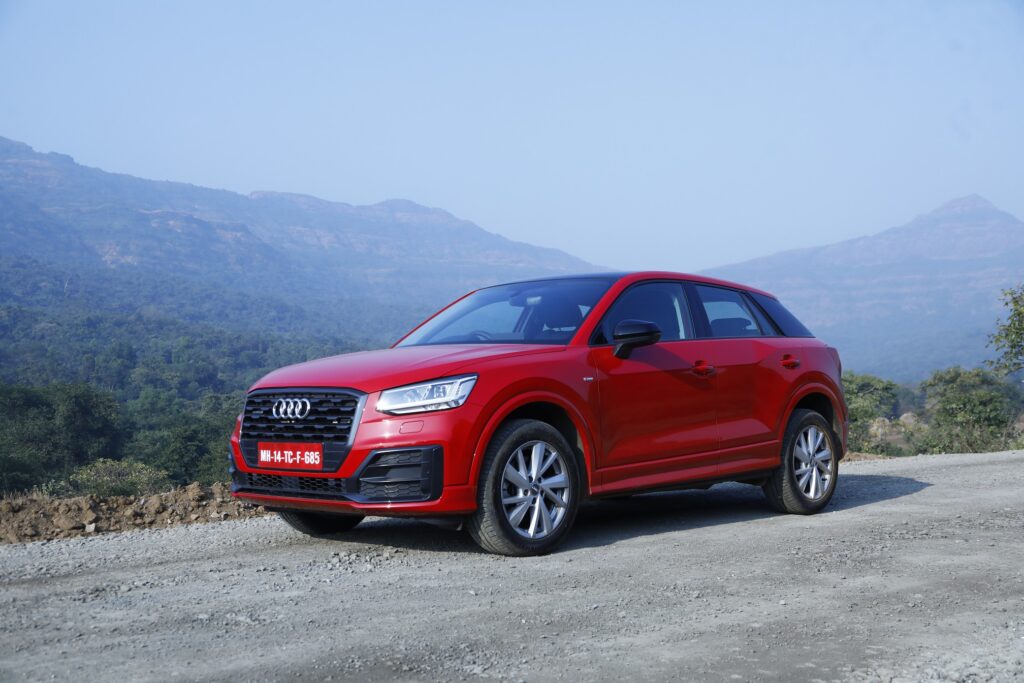 The way the Audi Q2 utilizes the MQB platform is a bit different from the other cousins, the rear seats might not be as spacious as the other 2, but is sure does make up with the best front seats in the business offering ample support and the cushioning will keep you comfortable on those long drives, however it misses out on electronic adjustments. 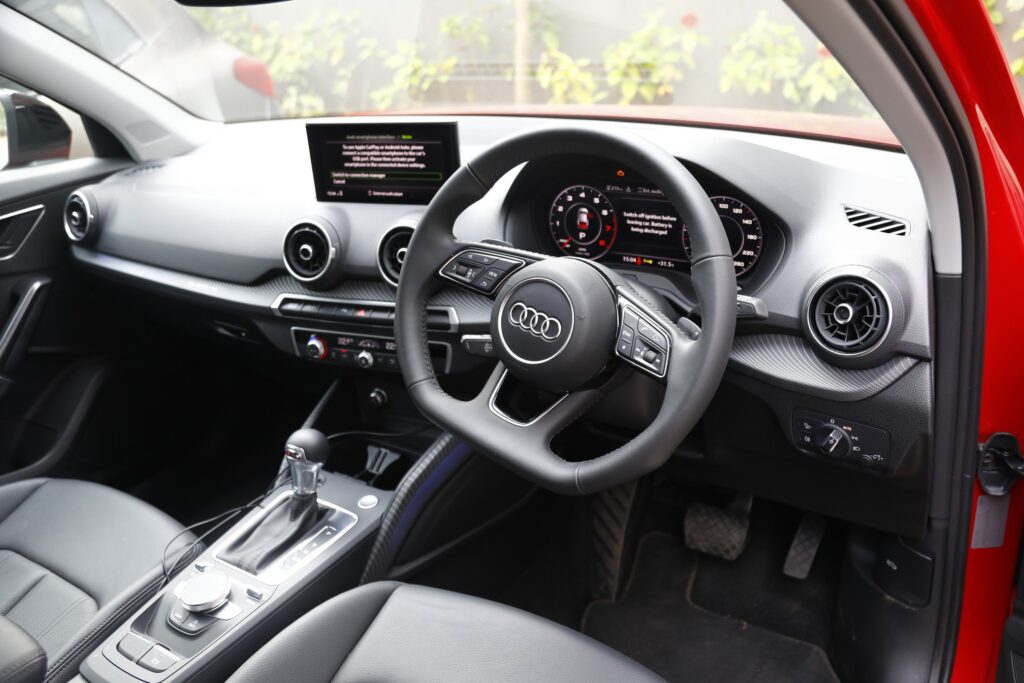 The dashboard and AC Vents are reminiscent of the Audi TT/Audi A3 design philosophy with unmatched fit and finish levels. The backlit Quattro badging adds a touch of sportiness to the cabin and Audi’s virtual cockpit which displays a plethora of information and is pretty intuitive to use as well. The 8-inch infotainment system on the dash is decently sized but misses out on the touch input but makes up for it with the touch pad on the MMI Track pad Dial in the center console. 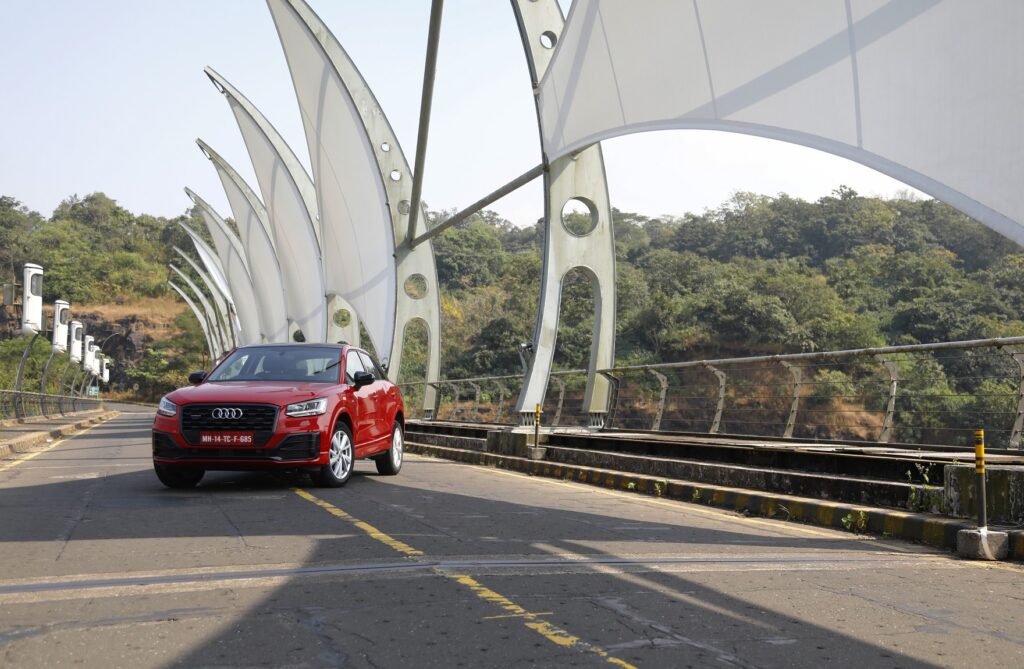 What makes the Q2 worth every penny you spend is the sensation you get as you press the engine start button. The refinement levels on the 2.0-litre TFSI engine are commendable, it churns out 188 BHP and 320Nm of Torque with a linear power delivery from 1500 RPM all the way to 4200 RPM. For a car weighing just shy of 415Kgs these figures result in a rather swift, agile and punchy driving experience. 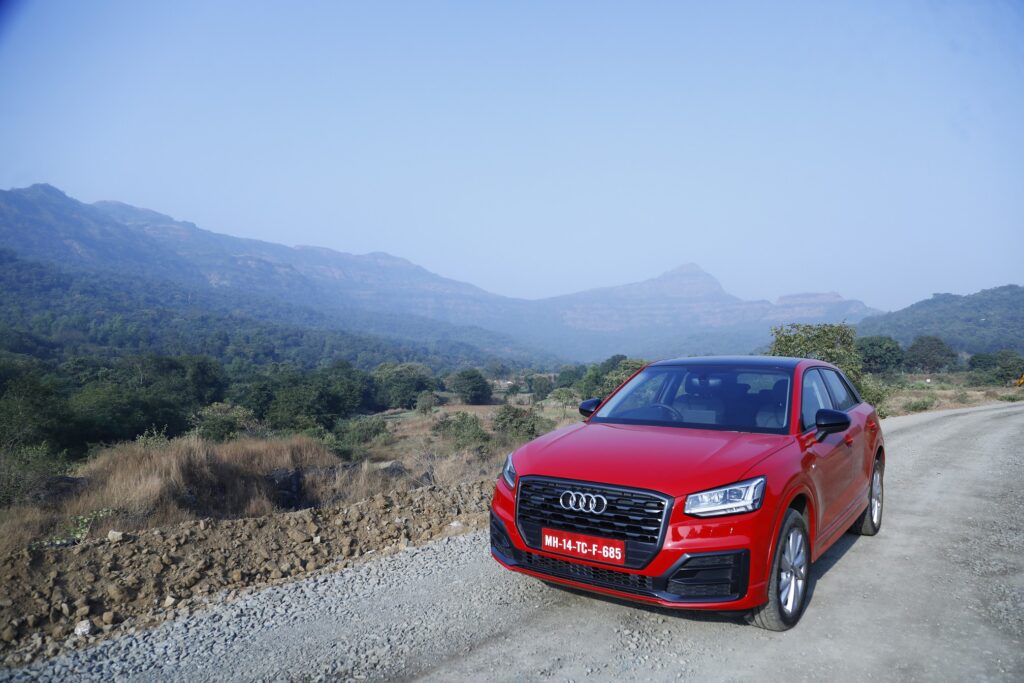 So much so that the driving experience overshadows all its short comings, the engine pulls effortlessly all the way to 6000RPM and can do triple digit speeds in a flash, the ride quality is pliant and can easily take on bad roads like a champ, no other premium car of this size can drive over bad roads without scraping its underbody but with a ground clearance of 200mm lets you tackle the big speed bumps and patchy roads with ease.

The chassis feels tight and with such a great powertrain, the Q2 does inspire a lot of confidence to push the limits while cornering. The legendary Audi Quattro aids in the nimble and surefooted handling. The 7-speed DSG is responsive and lets you have fun with perfectly matched ratios to make overtaking a breeze. 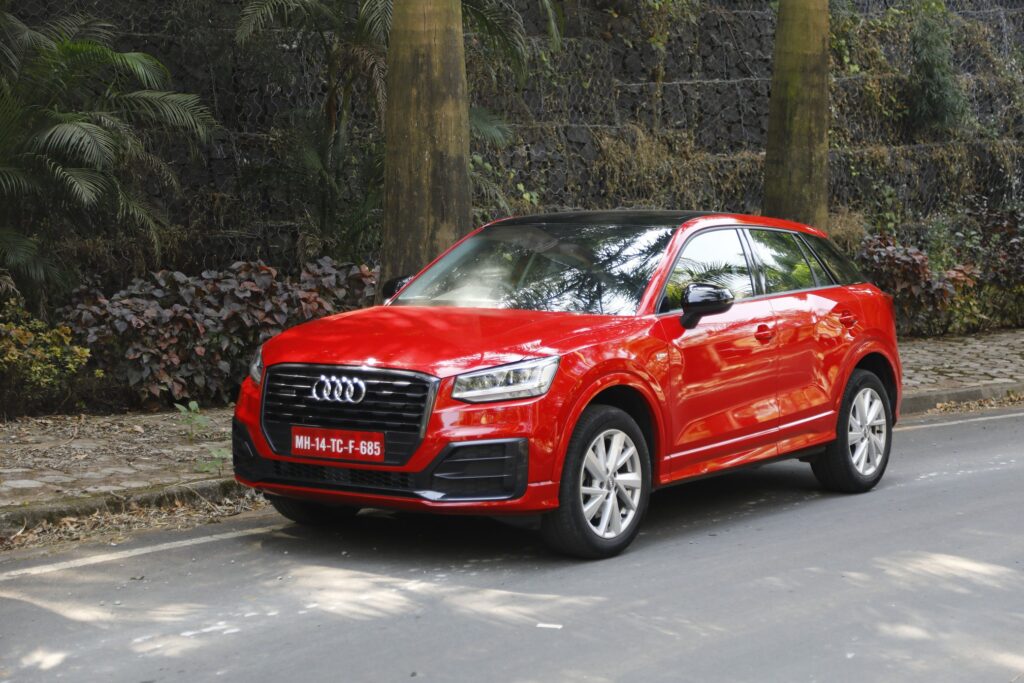 The Q2 does have many things in its favour and a few kinks against it. But let’s face it, you’re not going to buy the Q2 for its rear seat space, sure it isn’t the updated version showcased a few months back, but as an object to put that grin on your face while you’re tackling a hairpin on the ghats, the Audi Q2 sure is a driver’s delight. It packs a punch by offering an SUV-ish stance, superb ride and handling dynamics, the tried and tested engine and 7-speed DSG gearbox and of course the Quattro system.