Mercedes-Benz has taken the sheets off what appears to be a spaceship like form, called the 6 Concept, under the Mercedes-Maybach luxury sub-brand. This design features a massive toothy grille, slit-like headlamps, gullwing doors and streamlined bodywork. An extremely long hood and boat-tail like rear give it the appeal of a Hot Wheels-specified dinky toy.

This design hints at Mercedes-Maybach’s future models. The number in the name is a direct link to the length of the car, but at 5.6 meters, it still isn’t precise. The rather unconventional 24-inch wheels look identical to the ones used on the 2015’s Intelligent Aerodynamic Automobile Concept’s. 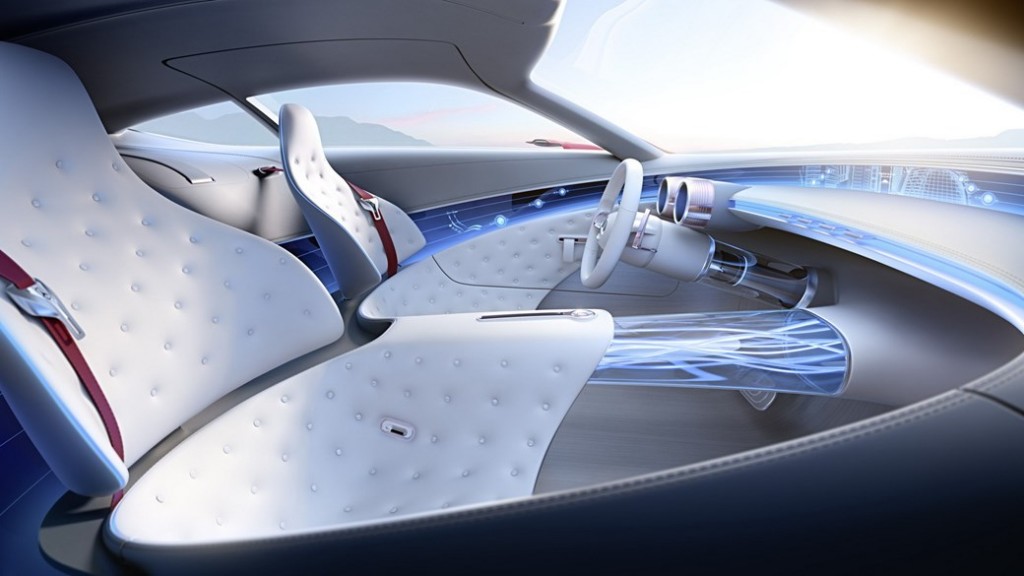 Inside, the cockpit appears to be more of a lounge, as the premium materials used suggest: polished elm flooring, rose gold accents on the dashboard and leather seats. The car features a windscreen that displays data and geographical information across the entire transparent windshield. And that’s not all; autonomous driving is a part of the package as well.

Beneath all the extravagant metal you see, lies a 738hp electric powertrain with an 80-kilowatt-hour battery placed in the floor, powering the wheels via an all-wheel-drive system. 0-100kph is dealt with in under 4 seconds, with a total range of 200 miles. Thanks to the high-speed DC charging unit, the Maybach 6 will do 62 miles with just 5 minutes of charge.

Expect an early 2017 production car unveiling. And when available to buy, it will take on the likes of the Rolls Royce Wraith and Bentley Continental GT.