Meet the 2020 Skoda Octavia: The largest car in its class!

The all-new Skoda Octavia is revealed by Skoda. The design is modified and Skoda has decided to revert the Octavia’s front facia to regular headlights instead of the ‘four-eye’ look. The headlights are sleeker than before and gets optional matrix LED technology. Fog lights looks like taken straight away from the Superb and the front end is more edgy now. 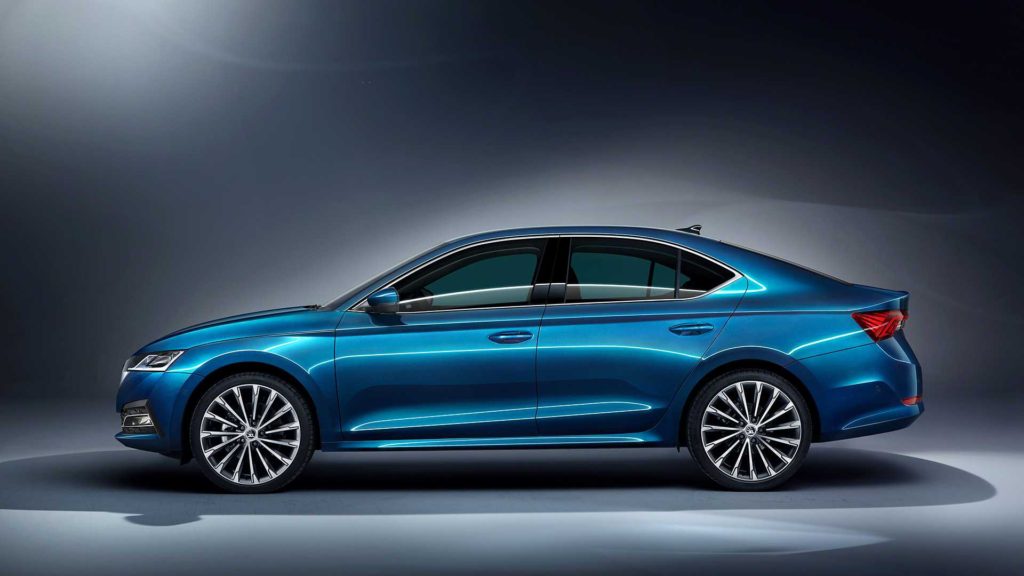 It is 19mm longer, 15mm wider and more practical than before. Also it remains still as the largest car in its class. The increase in overall length and width of the car is visible in the design and the taillights are full-LED which does lit up and work like how it does in an Audi.

The sedan’s boot space is also increased to 600 litres while knee room is now at 78mm which is 5mm larger than before. 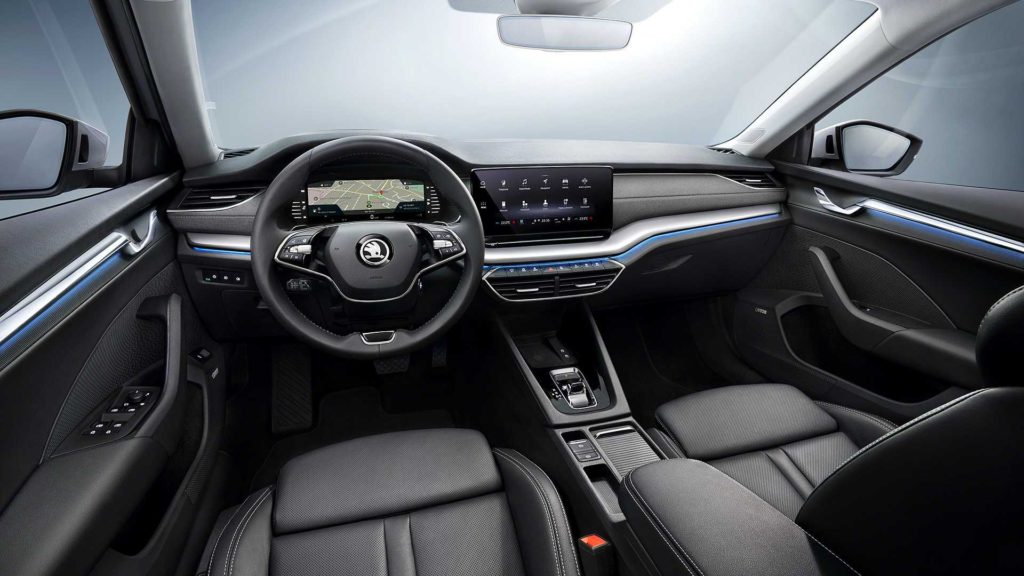 Inside the new Octavia, Skoda has brought a completely new dashboard. We now get a tablet like display on top of the dashboard which varies from 8.25 to 10 inches. The instrument cluster is now a full sized screen at 10.25 inches. The two spoke steering wheel is debuting for the first time in a Skoda and it looks sharp and modern. LED ambient lighting on the door cards and the dashboard will be offered in 10 selectable colors. Up to 5 USB-C connections are on offer along with three zone climate control.

The most powerful Octavia will come with a 2 litre petrol motor with DSG gearbox which will be capable of hitting 100kmph in 6.9 seconds and having a top speed of 232kmph. Octavia will also come in a 2 litre diesel motor with either a 6-speed manual or 7-speed DSG automatic which makes maximum power of 116hp, 150hp and 200hp as per the variants.