The man behind the fastest Aston Martin ever made!

Astons are admirable. Every car built by the British manufacturer is astounding. Aston Martin is taking on the McLaren P1 GTR and Ferrari FXXK with a track-only hypercar of its own. Called the Vulcan, it’s loosely based on the roadgoing One-77, but with the 7.0-litre V12 engine turned up to ‘850bhp-plus’ and an even steeper asking price of $2.3M.

We had a quick chat with Marek Reichman during the Dubai International Motor Show and we threw a few questions at him. Marek Reichman, born in Sheffield, United Kingdom in 1966, is an Industrial Designer currently working as the Chief Creative Officer and studio head at Aston Martin. His work includes the Aston Martin One-77, the DBS, the Rapide, the new Aston Martin Vanquish, Aston Martin Vulcan Hypercar.

How similar is the Vulcan to the One-77?

The lower half of the chassis is from the One-77, and then we modified the upper half. Other than that, the engine, body and suspension are all-new. Yes, the Vulcan shares a little bit of the One-77’s DNA, but the Vulcan is a new car.

It’s a naturally aspirated V12 and is hand built. It’s a race engine built by our racing partner. Vulcan is all about raw power. It’s a very exciting name and it suits the car very much. The power of the car is evident in its name and its visual language as well.

We build luxury sports cars. Even though it’s a track based car, we wanted the interiors to be special. Everything is customized as per drivers’ requirements (seats, dials etc…). The steering wheel is built by a Formula One manufacturer. The steering wheel itself is the price of a small road car. We wanted something exotic, something which has no recognition with anything else. 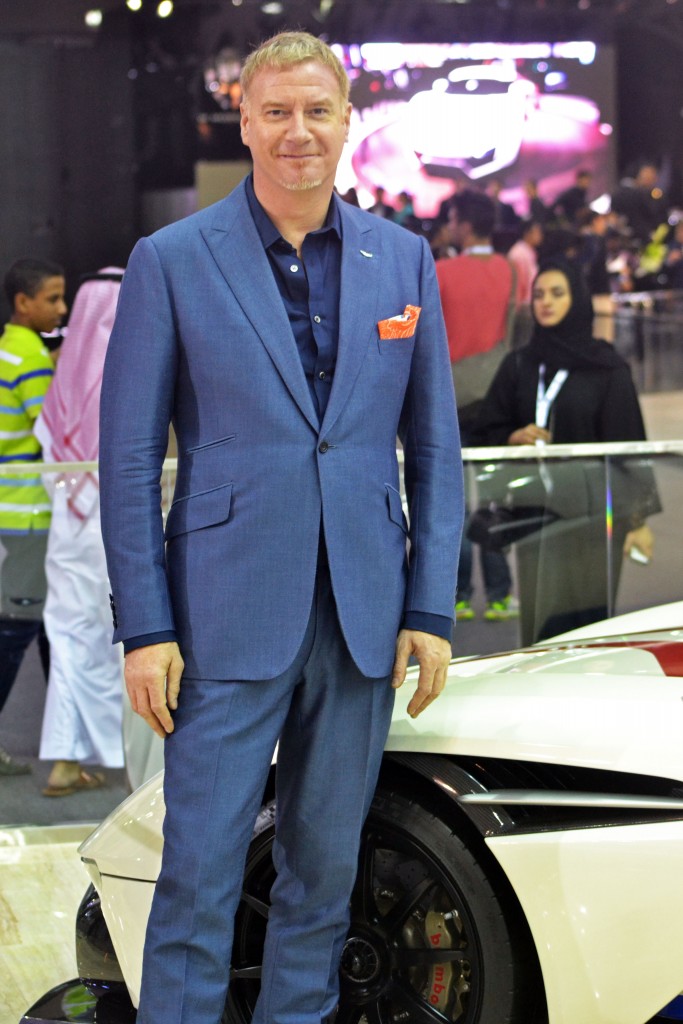 The Vulcan is all about the driving experience. You as an owner; you literally need to do nothing. We have race suits, helmets, everything for you. You can just go to a circuit and drive it around.

Yes only 24 cars will be made. The cost of the driver training program is included in the price of the car. First we start with a V12 Vantage S on the track, and then with a GT4 car. Hence you understand the basics of the car and next with the One-77. You get an idea to handle the raw power and understand the basics of the traction with the GT4 race car. Then you get into the Vulcan. There are three settings, and the first drive will be set with 500hp; as you improve, we will give you 650hp and so on. The settings for three stages are set through an ECU. At the end of the day, you will be driving an 850hp+ monster.

Once you buy the car, you have a package of support. You can choose to have your own people or our people. In some places people are interested to race the Vulcan. In that case we give our technical support at the track as well.

Both, the Vulcan and DB 10 hint at the future face of Aston Martin, but what we’ll see is that the next DB9 is more gentile and the next V8 Vantage is more aggressive. We want a much wider spread of products. The new DB9 will be tech-led, too.

We haven’t made an official announcement. We are talking to many people about the possibilities. We are happy to talk! But it’s not confirmed yet. You can expect a word from our side soon!