The following round saw Mathana Kumar S scoring his second consecutive podium with time of 19:11.374. Honda riders managed to set the fastest laps as Rajiv set 1:14.032 and Mathana clocking 1:14.737 in Race one and race two respectively.

Pro Stock 165cc: Honda’s continued its domination in the Pro-stock category with Honda riders securing 4 out of 6 podiums in both the races. Mithun Kumar P.K from Honda Ten10 Racing Team clinched the first position and fastest lap times in Pro-Stock 165cc in both rounds while B. Aravind and Soorya P.M wrapped second position respectively in Race 1 and Race 2. 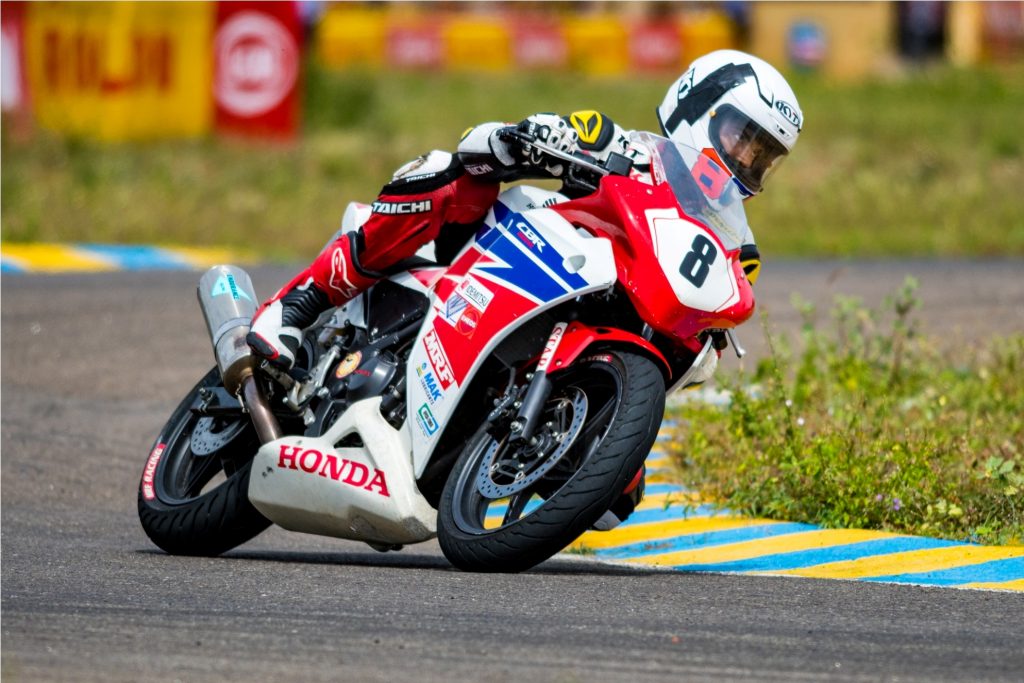 The CBR 150R Novice Championship, with as many as 40 riders, saw first timer Satya Narayana leading the pack in both races. However, in Race 1 podium finishers were Syed Nawas from Chennai and Vysakh Sobhan from Kerala and Race 2 ended with Amala Jerald second and Aditya Rao finishing third. 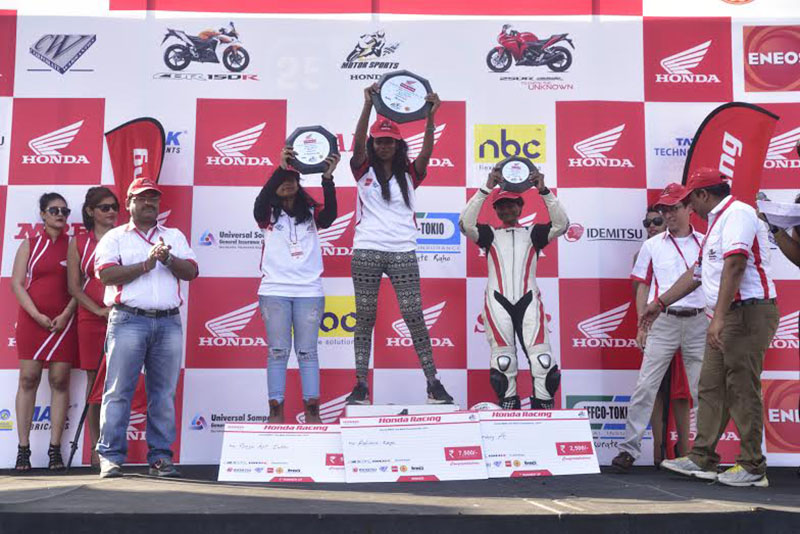 Honda All Ladies Race encountered participation of eight women riders on the race-spec CBR 150R motorcycles. Rehana Reya smashed home an impressive victory ahead of Shruti and Kalyani Potekar in the opening round.