From Mumbai to Nagpur in the new BMW X1

In life, there are things which are known to us and then there are things unknown; between them is the door to perception which we all have. For example, luxury SUVs are good to be driven on silky smooth highways, and long drives can be a costly affair with them. As they say that most disagreements are caused by different perceptions that create different realities. To get things right, BMW India trusted me with their new BMW X1 which they had launched at the 2016 Auto Expo. I had five days to get the right perception in place. I decided to hit the National Highway 3 and drive down to the Zero Mile of India i.e. Nagpur which is geographically the heart of the country. The distances of various major cities which are measured from here, are carved on the pillar standing tall at this zero mile site, and hence the name. 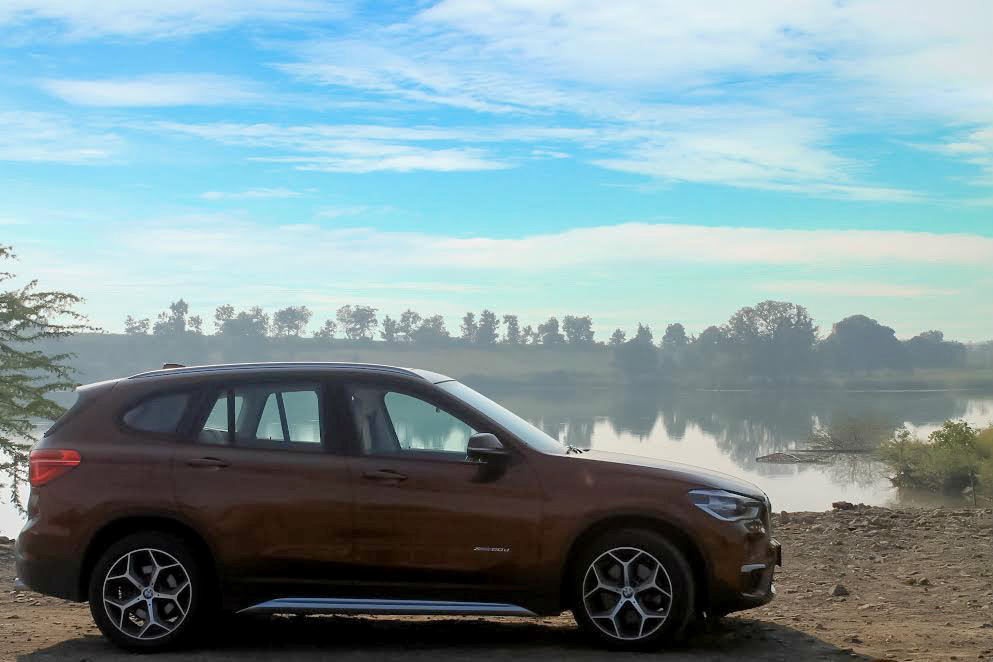 The new BMW X1 is locally produced at the BMW Plant in Chennai and it boasts of three exclusive design schemes– Expedition; xLine and M Sport. I was driving the xLine version, and it boasts of several new features which were quite evident at a first glance. The vehicle has grown in height and space compared to its predecessor. The luggage compartment now accommodates up to 505 litres. The rear seat can also be completely folded down to increase the compartment capacity to an impressive 1550 litres. Now the reason I am mentioning all these numbers is because during long drives, all these numbers play a crucial role. We started from Mumbai at 3 am and, within 3 hours, we were in Nashik for our first halt of the drive – and while witnessing the sunrise, my brother and I sipped on some freshly brewed tea and bun maska. Little did we know the next 180 kms will be a rigorous challenge between me and the car.

While the initial 50 kms were complimenting the perfect sunrise and the cool breezy weather, the next 130 kms to Aurangabad were quite tough. By the time we reached there it was 12:30 pm with just a 15 mins halt in between. The potholes and the heavy vehicles played spoilsport to our momentum and the mood. But the party didn’t seem to end there; post Aurangabad the road from Jalna to Amravati was again quite an agonizing one. By the time we were about to cross Amravati it was 6:30 and yet the adventurous monk in me was quite alive. Instead of taking the expressway to Nagpur, which is hardly 160 kms, I opted for the route through Wardha, specifically because it crosses through a town called Pulgaon, which happens to be the birthplace of my father. 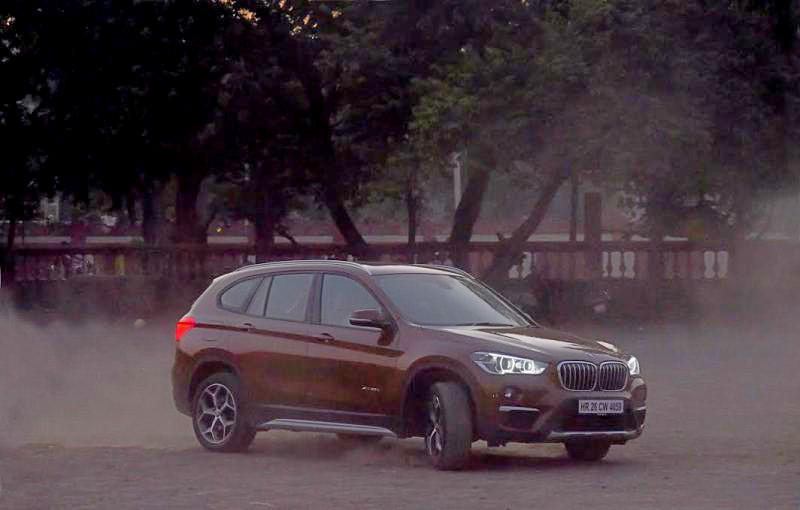 I wanted to have a tea break there since I remember my father telling me years back that he has never been there after the initial years of his childhood. That backfired heavily, since the route doesn’t have any toll booths, heavily loaded trucks prefer that route and trust me when I say this – witnessing and manoeuvring more than 200 trucks coming from the opposite direction on high beam can ignite the Hulk inside any normal person. Eighteen hours and finally home, the smile on my mother’s face and the disappearance of anxiousness was the perfect welcome one can get. Special mention goes to the authoritative driving pleasure, the seven loudspeakers, 205 watt audio system and the dual zone automatic air conditioning.

Nagpur having been in Diwali mood, every corner of the city was beautifully lit up and being my hometown it was time to meet friends with the X1. A complete wash to the car – and it was all set to hit the roads of the Orange City. Since Nagpur is the second capital of Maharashtra and holds significance in many other ways for the state, roads and infrastructure are quite commendable. The X1 was an eyeball magnet at the red lights, mainly due to its size and the design – straight out of the BMW X-series mould.

Once Diwali was done with, it was time to turn the wheel back to Mumbai, except this time we planned to take the Nagpur-Pune-Mumbai route; a little better but has its own pros & cons. Still 430 kms away from Mumbai, we witnessed a flat on the left front tyre. We replaced it with the company provided space saver tyre and cruised back to Mumbai, many litres of tea and coffee later. The only drawback is, you can’t speed up more than 80kmph with that tyre. No major hassles meant it was a drive etched deeply into the memories. 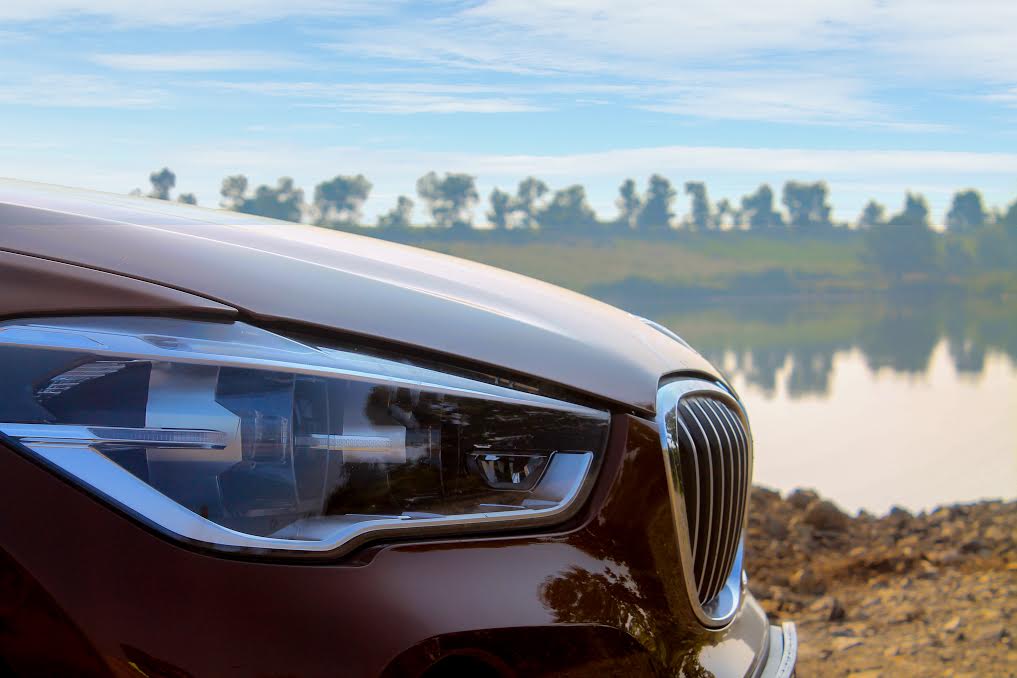 There are no complaints from the all-new BMW TwinPower, Turbo 4-cylinder, 2-litre diesel engine, which gives an output of 190hp and 400 Nm of torque, with an impressive fuel economy figure of 11kmpl throughout the drive. The new 8-Speed Steptronic Automatic Sport transmission is loads of fun to operate, especially with the Paddle Shifters and the launch control, making the drive quite a smooth affair. The X1 boasts of a 50:50 weight distribution which really results in it being a well balanced car with suspension being on the supple side. 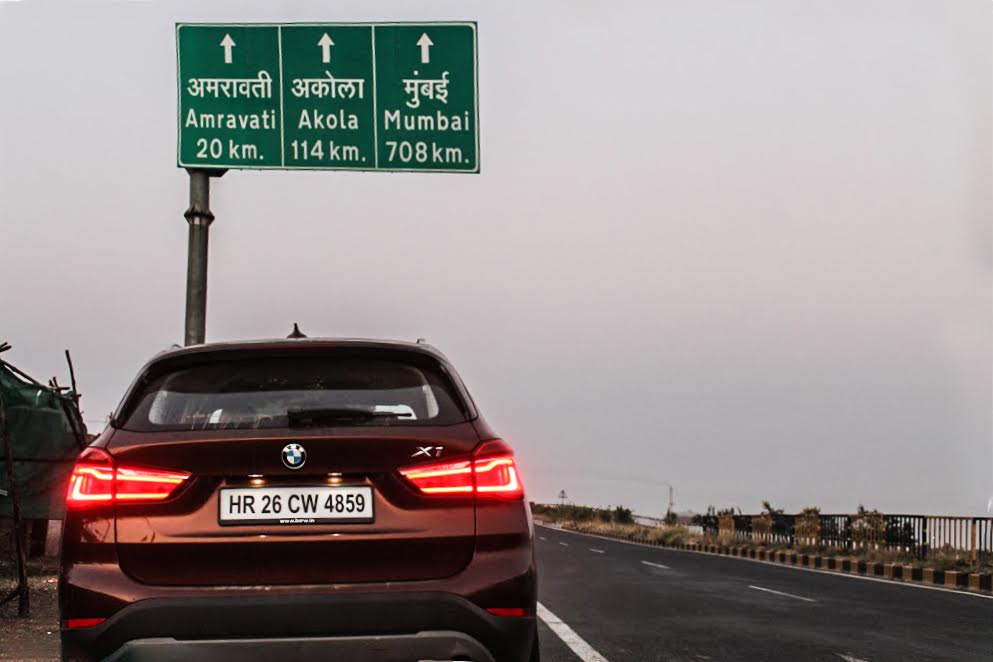 With the looks the X1 has to boast, it is an SUV your chauffer will love to drive, only if you allow him to. My only issue was a little bit of understeer being more than prominent when pushed hard in sport mode on hills and tight bends, which could possibly be due to the all-wheel-drive layout. But for the money, the X1 comes for INR 29.9 – 39.9 lacs ex showroom; it has certainly upped its ante and is capable of giving the Audi Q3 and the Mercedes GLA a good run for the money. 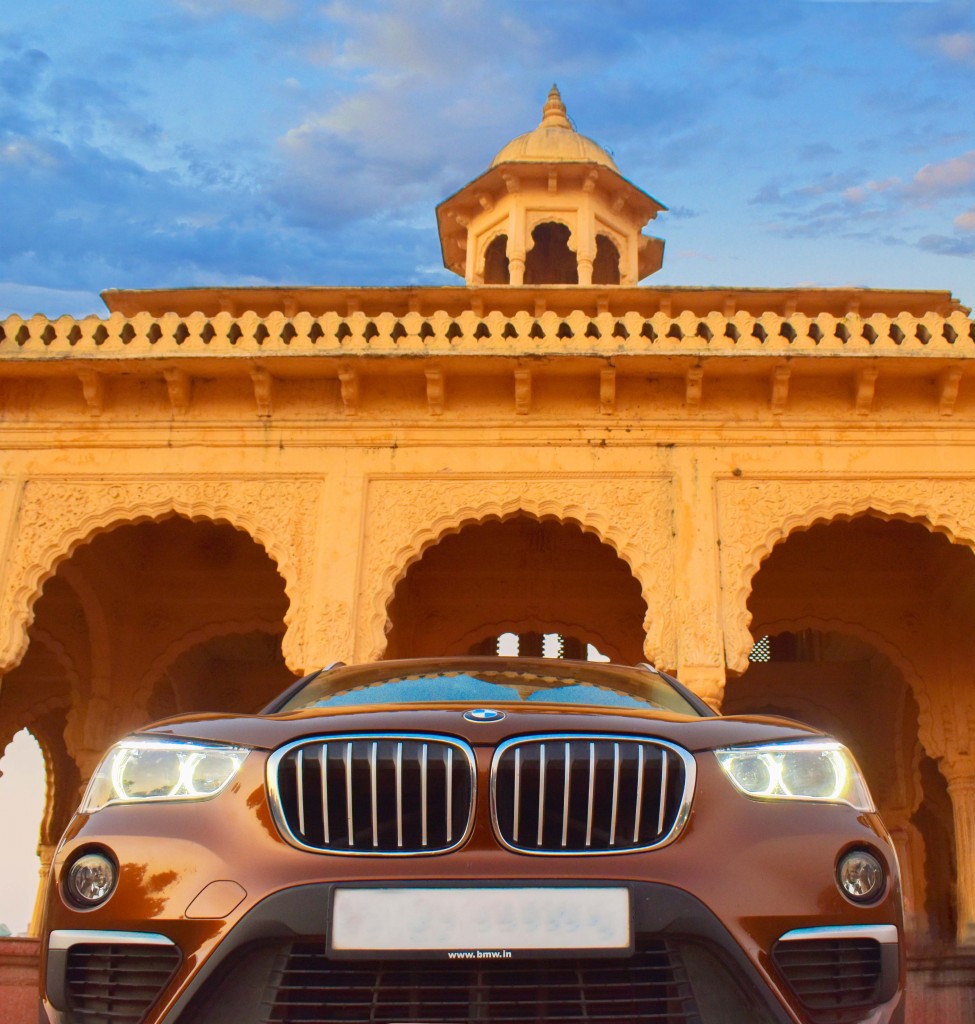