I have had the pleasure of driving the Mercedes Benz SLK 350 and the BMW Z4 on Indian roads for a number of times. I thoroughly enjoyed the behaviour of both the cars. Both had a V6 petrol motor with rear wheel drive. The fun time was taking both the cars on a twisty road and you know basically what happens. The rear kicks out and you can enjoy power sliding around the corners. Sports cars are basically made for the fun factor!

But there is a car which falls on the same category, but doesn’t sends power to the rear wheels, instead it goes to all the four wheels. It’s the Audi TT, the one car which I missed to drive thrice and finally I have got my hands on it in Dubai.

Audi’s Quattro is well known around the world for its legendary performance. Many of the rally superstars have accepted that the best car driven by them was the Audi S1 Quattro. The Audi TT also carries the same Quattro all-wheel drive system. I have always had a false perception that sports cars must be rear wheel driven till I tested this Audi TT. 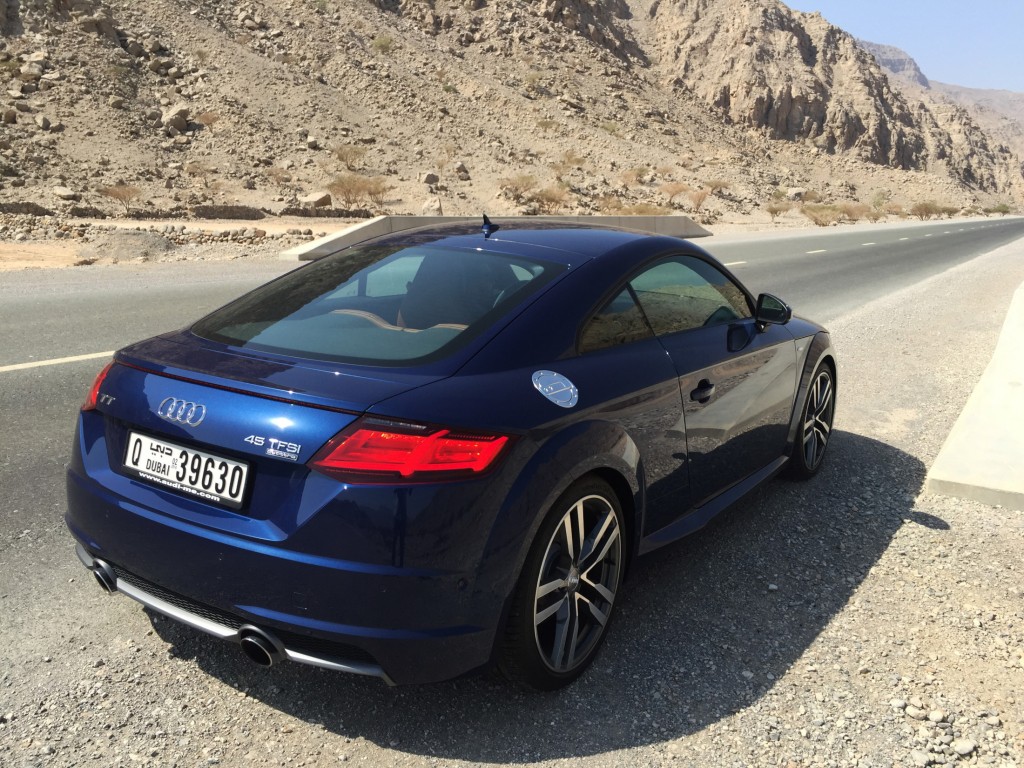 This is the third generation Audi TT and it is a completely refreshed model. It is based on the MQB architecture that underpins everything in the Volkswagen group’s mid-range, from the Golf to a Skoda Octavia, bring a choice of front- or four-wheel drive.

The TT’s wheelbase is stretched by 37mm, the whole car is actually a whisker shorter and narrower than before. And in an age of bloating proportions and super-sized portions, that’s a welcome change. The last TT was mostly aluminum up front with a lot of steel from the B-pillar back. The new layer-cake concept—with steel reinforcements down low and an aluminum body wrapped around—lowers the center of gravity by 2.5 inches. Audi has a motto for this: “The right amount of the right material in the right place for optimal function.” Tattoo-worthy stuff, that. 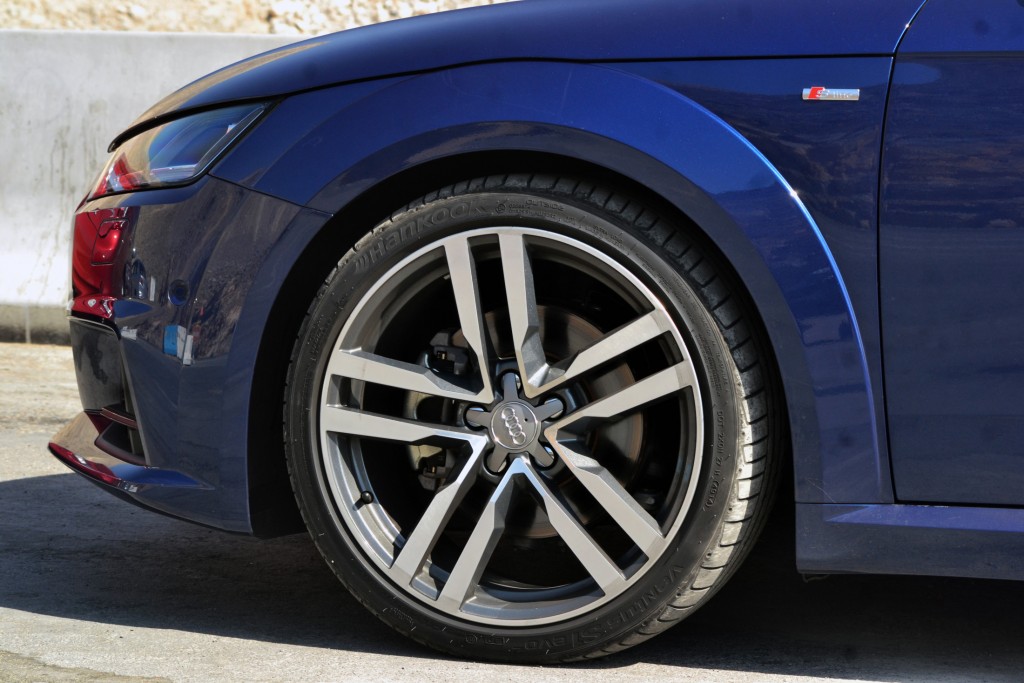 Generation two weighed less than the original, and this new model is lighter still, at something like 1335 kg. The lightness is noticeable. There’s more aluminum, including fat electrical wires that run from the rear-mounted battery to the engine compartment. They save six pounds alone. 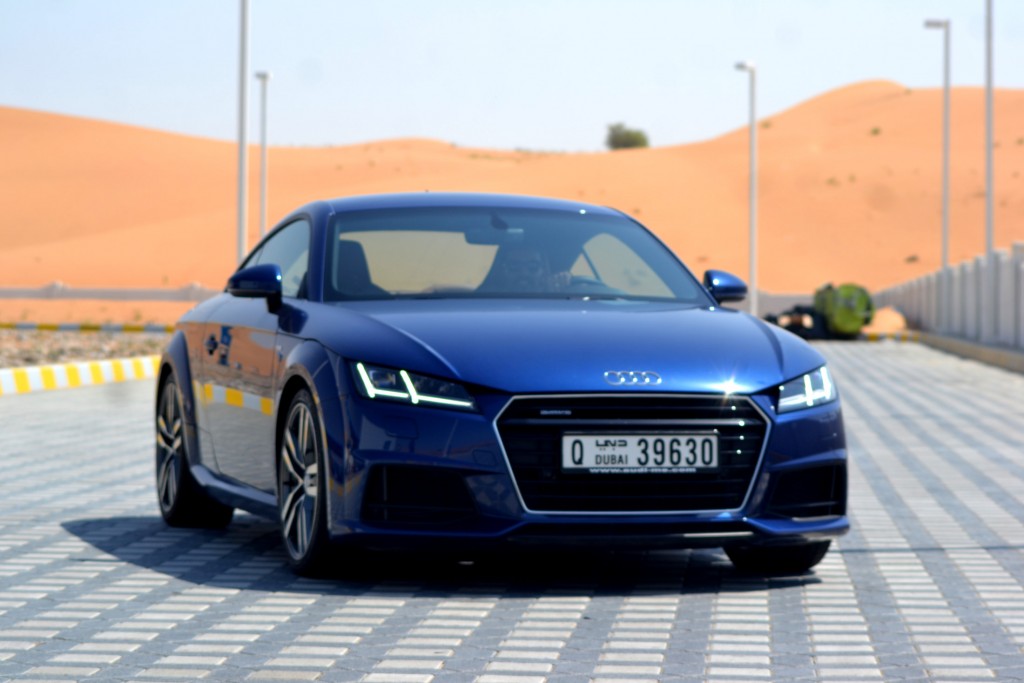 The new face of the TT looks a lot modern.  There’s no mistaking an Audi TT for anything else. The TT’s unique shape has evolved yet remained instantly recognisable. The full LED head lights looks modern. The original two-seater was a breath of fresh air, but the TT has grown from a curvy, cute car into a more rakish, sharply styled package. At the front the single-frame grille, tapered bonnet lines and razor sharp headlights give a hint of the forthcoming second-generation Audi R8. However, with rounded wheel arches, curved windscreen pillars, a bold shoulder line and a sloping rear tailgate, all the unmistakable TT styling cues are there to see. I love how the rear spoiler neatly integrates into the boot. There’s also a thin LED line that connects both tail lamps and looks fabulous when it lights up under braking. 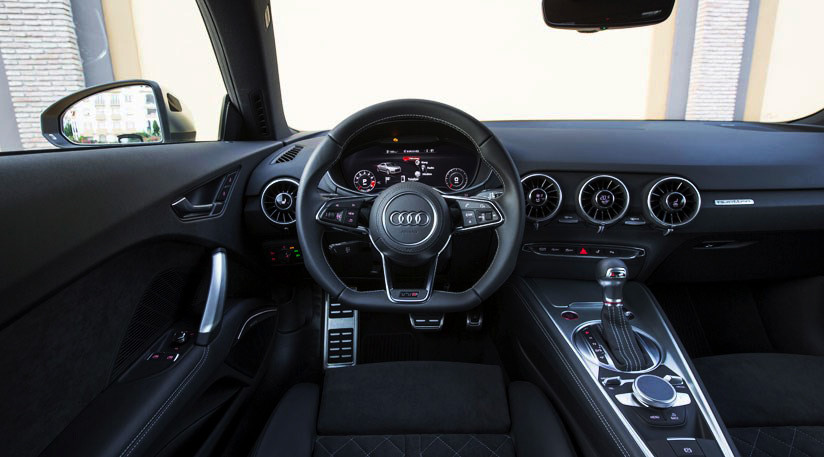 Step inside the new TT and you’re faced with what is very possibly the Cabin Of The Year. It’s drop-dead gorgeous in here. Build quality is first-rate and the huge 12.3in TFT digital dials flip between a huge rev counter tacho in Dynamic sports mode, the largest map yet seen in an instrument panel, infotainment and the list goes on. The graphics are fantastic, benefiting from a super-sharp 1440 x 540 pixel display and the Bang & Olufsen sound system keeps you entertained during long drives. Consider the TT as a two seater, because the rear seats can be only be used for keeping your accessories or else for kids(if they are small enough!). You get 712 litres of boot space with the rear seats down and that’s more than enough for your weekend luggage. 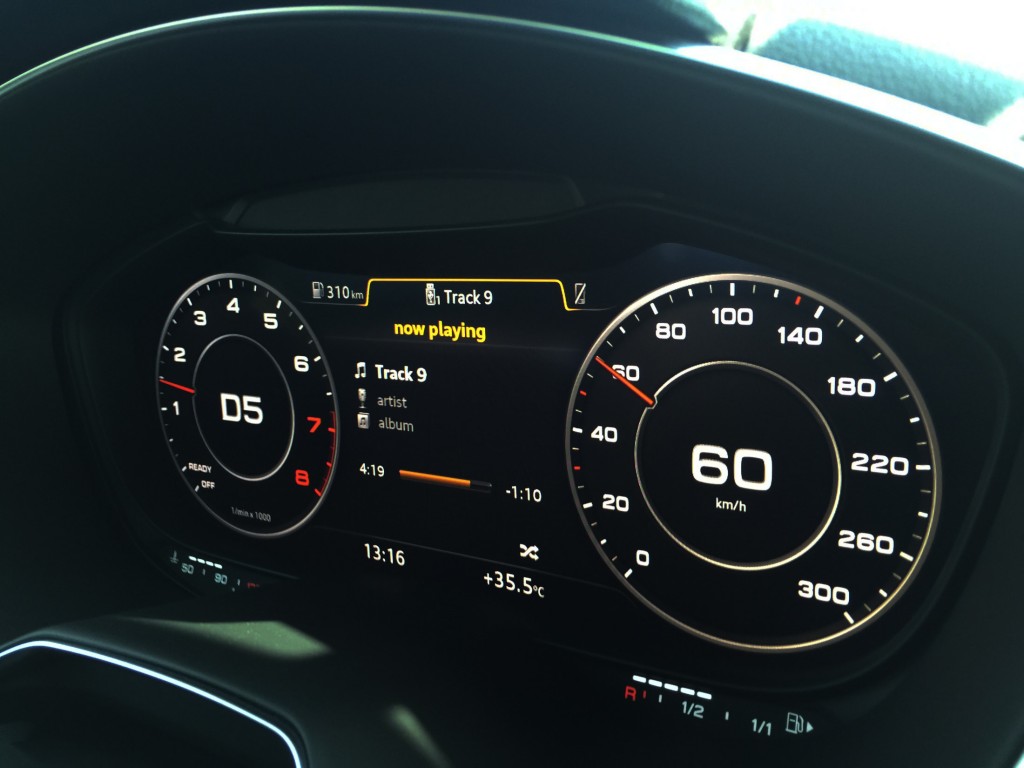 How good it is to drive? 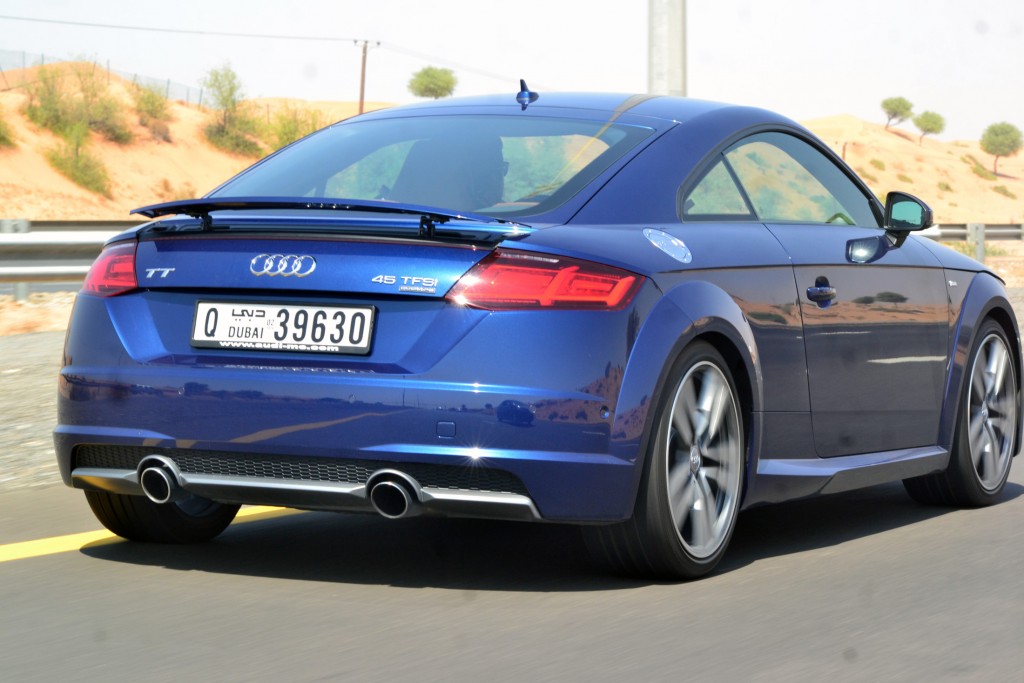 The version we drove was the 2.0-litre turbo one, badged as “2.0 TFSI 45.” The TT has a maximum power of 230hp while the maximum torque is 370Nm which comes in between 1600-4300rpm.  The 2.0-litre TFSI engine is punchy and smooth, delivering enough performance for it to hit 100kmph in just 5.3 seconds and put your foot down and it will go all the way up to 200kmph+ speeds without any trouble. The revised quattro drive train has been designed to offer more agility and all-weather grip. 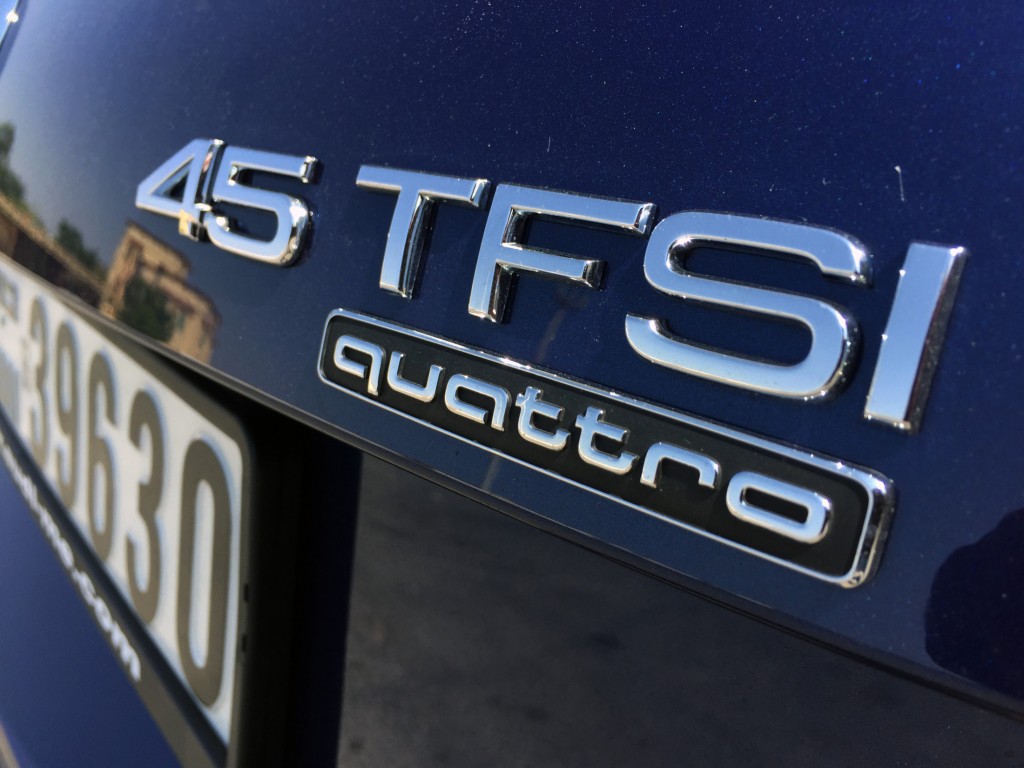 Audi’s Drive Select system is standard across the range and for the first time it adjusts the all-wheel drive system on quattro models, to give a sportier set up in Dynamic Mode. It also modifies throttle response, steering weighting and air conditioning load, plus shift speeds on S tronic cars, while petrol models get a racier exhaust note in Dynamic mode. As with other Audi models, the Drive Select allows for Comfort, Dynamic, Efficiency and Auto modes, plus you can set up your favourite mix of modes in the Individual setting.

The new TT is more modern and techy than ever. It looks amazing and drives well too. The interior quality is top notch and as mentioned, the cabin would grab an award! They say the TT is used by female customers mostly, but with this third generation TT, hope things would change a bit. I feel it’s a Hitler kind of car – rugged, powerful, brave & short. 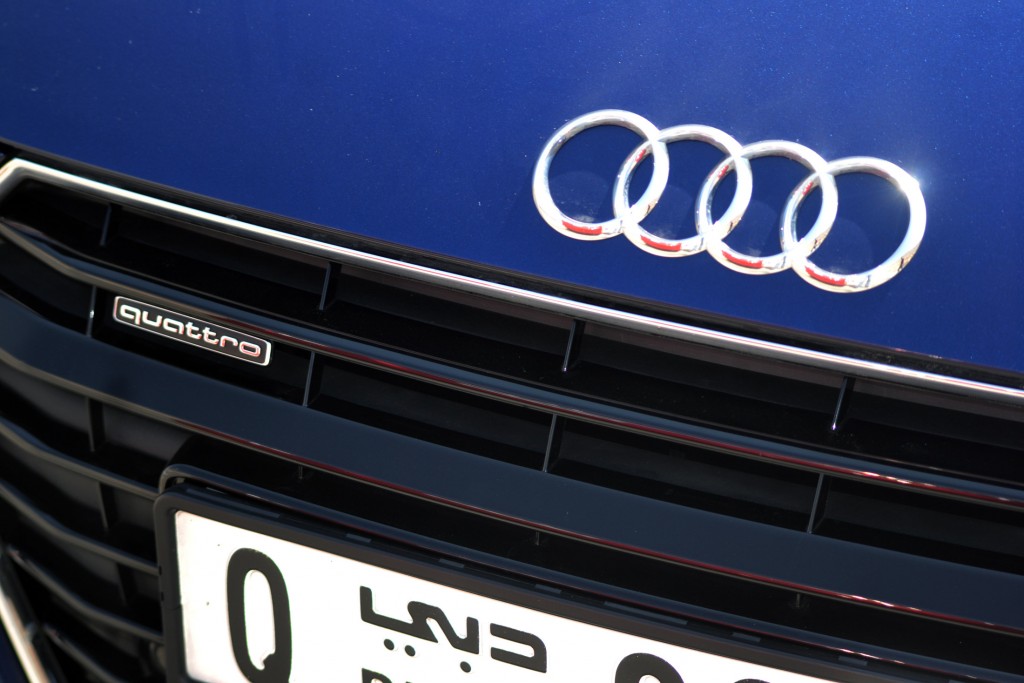