Datsun has launched a limited edition variant of the Redi-Go, with the ‘Sport’ suffix added, for Rs 3.49 lakh(ex-showroom, Delhi). The exteriors feature a broad racing stripe, running the length of the car, in the middle. There are also decals on the sides, with smoked-out wheel caps and red accents on the grille along with full wheel covers. You will also notice a spoiler mounted at the rear. 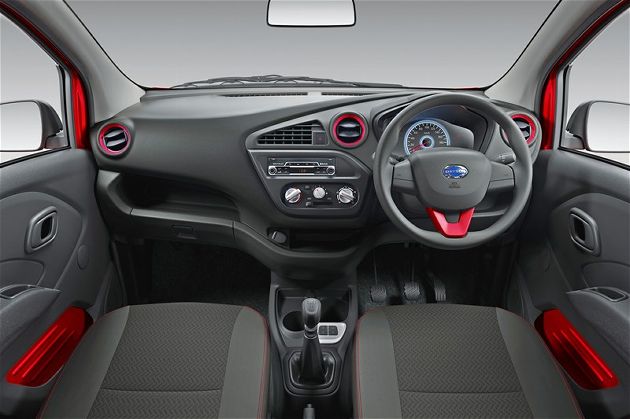 Apart from the all-black interior that sports red stitching, and inserts on the steering, AC vents – it also gets rear parking sensors, remote keyless entry and Bluetooth phone compatibility among other existing features. The little Redi-Go continues to be powered by the same 53hp, 799c, 3-cylinder engine, synced to a 5-speed manual transmission.

We expect the Redi-Go Sport to bring in more customers, since the festive season is already around the corner. The Sport will be offered in three colours: red, white and grey.