The new signature kidney grille is similar to the ones seen on the X2 Concept and 8-Series coupe concept. It features a new mesh that was inspired by BMW roadsters of old. Upon first glance, the sharp creases flatter you; a beautiful flow of curvatures and angular forms, including the striking headlamp and tail lamps design. The new Concept also boasts of a longer wheelbase and wider tracks. Adrian Hooydonk, the head of design at BMW said: “A shorter bonnet and crisp overhangs ensure the driver sits closer to the centre of the car than in previous BMW roadsters”. BMW is yet to confirm a retractable hard-top for the roadster, but for the time being, a folding fabric hood is what is presently on the cards.

The Concept Z4’s cabin boasts of a flowing dashboard design with touches of carbon fibre and brushed aluminium. Look out for the same head-up display unit and digital instrument cluster on concept even on the production-spec model, which is scheduled for an unveiling at the Geneva Motor Show in 2018.

The new Z4 will be based on the CLAR platform that already underpins a few other cars in the BMW model line-up. The platform is linked to a multi-material body structure that features a combination of aluminium, magnesium and high-strength steel.

Under the bonnet will probably reside a 2.0-litre, turbo-charged petrol engine making 194bhp, mated to an 8-speed auto ‘box, as seen on the Concept Z4. Not much has been said about the performance and specs, but we also expect an ‘M’ version at a later stage with larger wheels and a turbocharged straight-six motor.

BMW board members also considered renaming the car, but eventually stuck to Z4 when they found other options like Z5 and Z6 inappropriate.

Toyota’s upcoming Supra, the car that it shares its engineering programme with, will be sold exclusively as a coupe when it is revealed at a later stage. 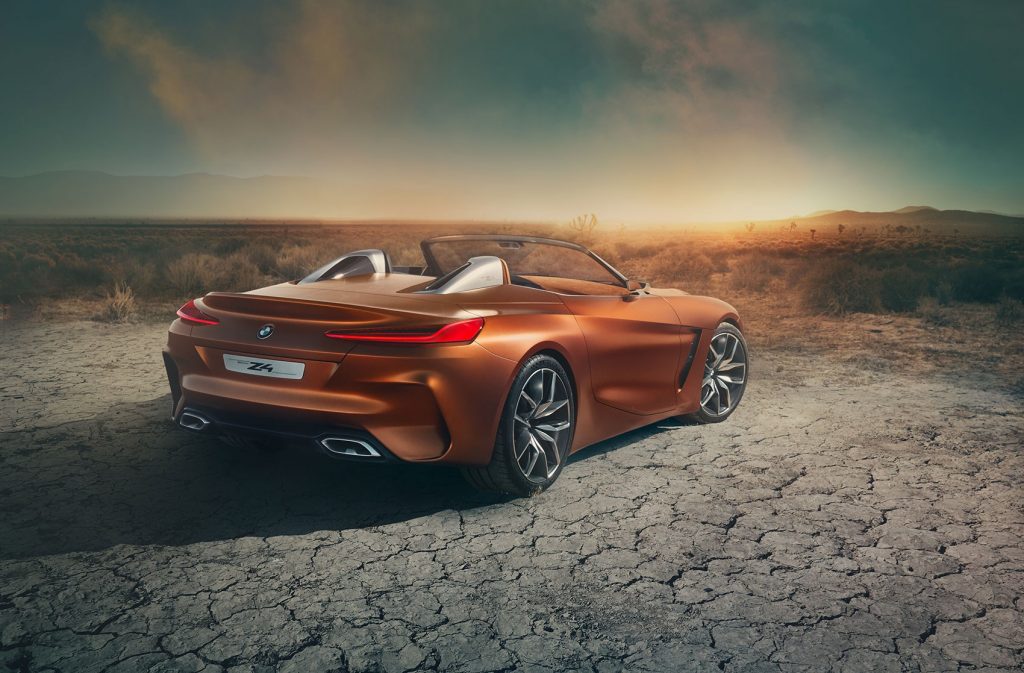