Bentley Bentayga: VIP customers take delivery of the first lot of SUVs in the Middle East

The world’s most powerful and most luxurious SUV can now be seen on the roads of the Middle East. Bentley Motors has made deliveries of its exclusive Bentayga SUV First Edition models to royal households and VIP customers across the region. The First Editions are restricted to just 608 cars globally, a number which marks the metric power output of the Bentayga 608 PS (600 bhp / 447kW) and 900 Nm (663 lb. ft).

Robin Peel, Head of Marketing – International for Bentley Motors, said: “The Bentayga has been one of our most eagerly awaited models of the past few years and we are delighted to now see the First Editions on the roads across the Middle East. With the First Edition we have created the ultimate expression of the Bentayga’s spirit. It is equipped with an array of striking features that celebrate both the pioneering nature of the Bentayga and its unique abilities.” 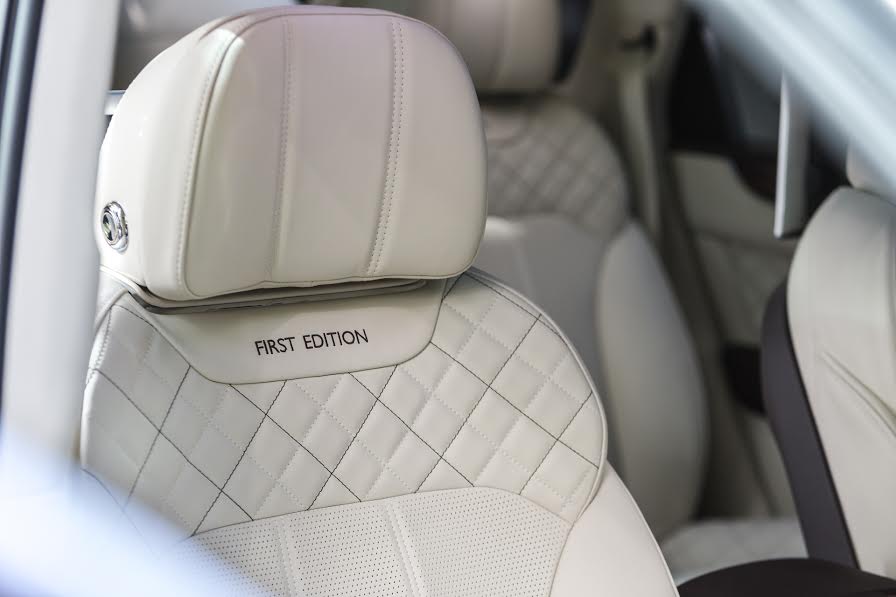 Built in Crewe, an all-new twin-turbocharged 6.0-litre W12 engine is at the heart of the new Bentayga. The mighty 12-cylinder unit combines efficiency and refinement with ultra-luxurious levels of power and torque.
With a 0-60 mph time of 4.0 seconds (0-100 km/h in 4.1 seconds) and a top speed of 187 mph (301 km/h), the Bentayga is the world’s most powerful and fastest SUV.

The Bentayga’s styling is ‎pure Bentley. Sculptural with an elegant, timeless execution, it perfectly ‎balances athleticism with confidence. From the four round LED headlamps ‎and large matrix grille, to the distinctive power line and muscular ‎haunches, the Bentley DNA is apparent throughout.‎ 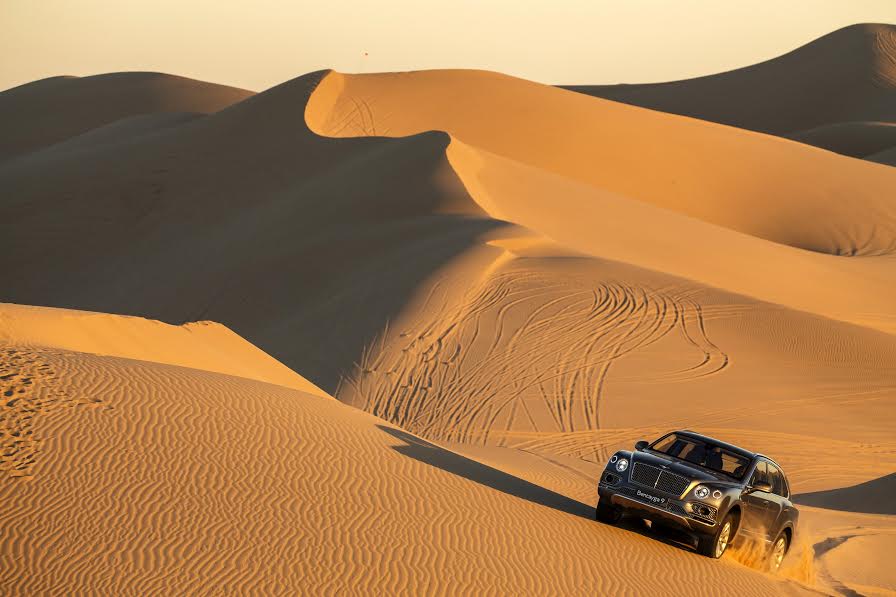 The automotive cabin is the world’s finest with ‎unrivalled levels of precision. The detailing in metal, wood and leather – ‎including meticulous tolerances between elements of trim – is the ‎epitome of modern British luxury. This level of perfection is only ‎achievable thanks to the exceptional craft and skill of Bentley’s colleagues ‎in Crewe.‎

Inside the modern, luxurious cabin the ‘Diamond within Diamond’ quilting, bespoke ambient lighting, Union Jack fascia badging, unique contrast stitching and embroidered seats enrich the look and feel of this special series still further. The detailing in metal, wood and leather – including meticulous tolerances between elements of trim – sets a new standard in automotive design.

The new Bentley Bentayga is now available for order at Bentley retailers across the region.