It was no doubt that Mercedes would be dominating the qualifying session in Melbourne as witnessed from their raw pace during runs in practice. But can Nico Rosberg clinch pole from his title defending team-mate Lewis Hamilton and take the first blood was the biggest question remained unanswered.

Lewis Hamilton’s lap of 1m 26.327s was a pure brilliance as he improved his unbeatable initial Q3 time to go nearly six tenths up on his nearest rival Nico Rosberg. It seemed as though he could’ve responded with an even better lap if the track conditions improved. 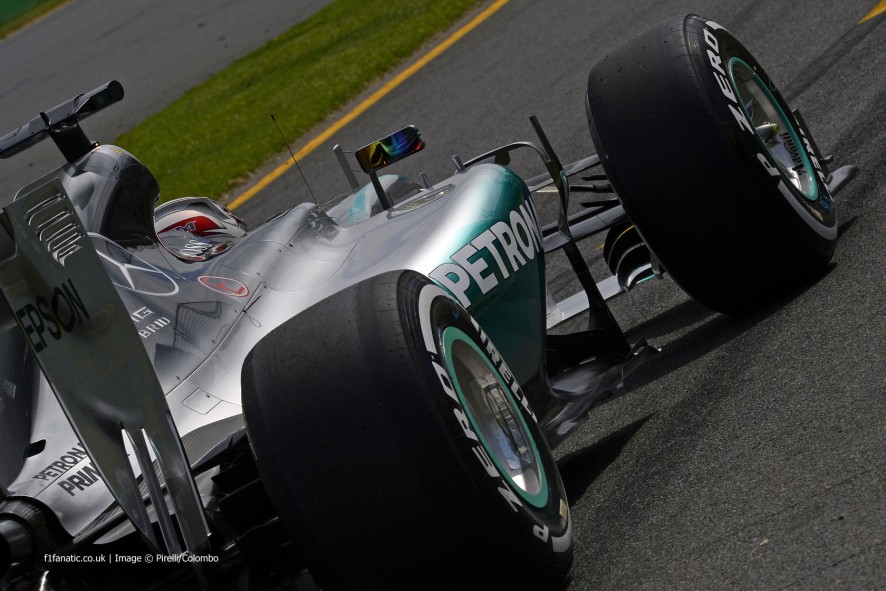 Ferrari were nothing short of impressive as Vettel almost put himself on the front row before Rosberg and Massa recovered to drop him down to fourth. Raikkonen must also have been pleased by his performance as he occupy the third row with Bottas. The Italian squad might be well in for a battle with Williams and Red Bull to conquer second place in the constructors’ championship. During post-qualy interview Vettel said that their strong race pace will help them challenge for podium. 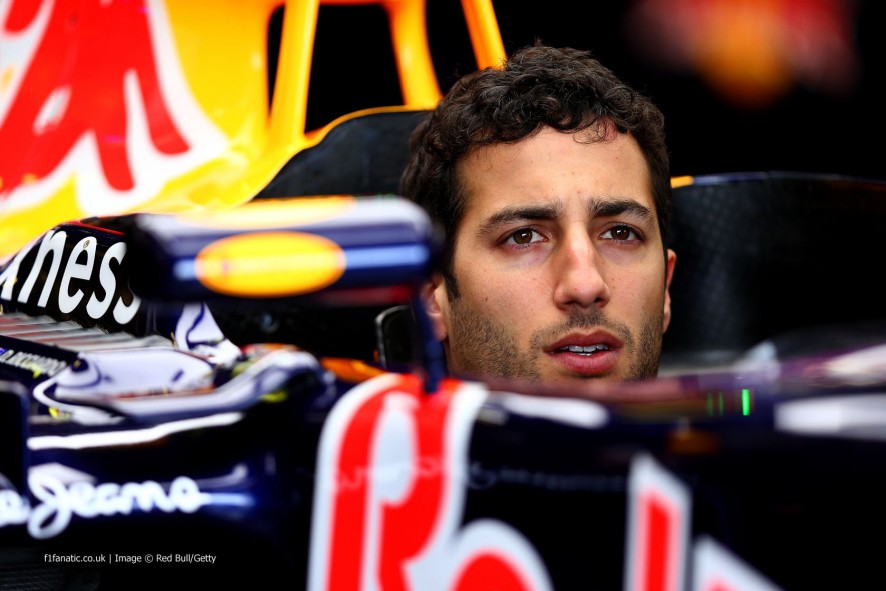 Williams headed the speed chart suggesting they could be running a low downforce setup for the race.
Red Bull starlet and Australia’s own Daniel Ricciardo showed his talents behind the wheel after problem-strewn early outings for seventh while debutant Daniil Kvyat suffered engine problems in final practice and finished thirteenth.

Both the McLarens were knocked out of Q2 as they were said to be so conservative in using MGU-K and even the engine itself. Despite remaining upbeat Jenson Button and Kevin Magnussen completed the tail end of the field with seventeenth and eighteenth.

The rookie Toro Rosso drivers showed off their car’s capabilities right from FP1 and when it came to qualifying Carlos Sainz Jr announced his arrival into the big scene with an eighth-place finish. The young gun Max Verstappen has been a treat to watch; the way he collected his car after a wobbling moment at Turn 5 and all that.

He finished twelfth as the team aims for a double points finish. Another rookie in Felipe Nasr made us think that Sauber were no slouches as he line up behind the Mercedes powered Lotus’ of Grosjean and Maldonado. The latter team’s fortunes have certainly changed after their switch to a new engine supplier. The gaps were so close at the midfield that more overtaking can be seen throughout the race.

Force India’s below par performance led them nowhere as Hulkenberg and Perez struggled to find the rhythm and ended up fourteenth and fifteenth ahead of the remaining Sauber of Ericsson and the McLarens.