Skoda has officially revealed the Kodiaq RS model. It is the second RS model in Skoda’s current line-up after Octavia RS.

Kodiaq RS is the first SUV to feature the high performance vRS badge and it packs 240hp of peak power and is the most powerful production diesel engine ever in Skoda’s history.

Kodiaq RS gets bespoke front and rear bumpers, RS logos, gloss black bodywork elements and newly designed 20-inch alloy wheels. Instead of the old logo, Kodiaq gets the new RS logo, which now has a red V and stripe ahead of the RS. This logo will replace the current logo on all future RS models. 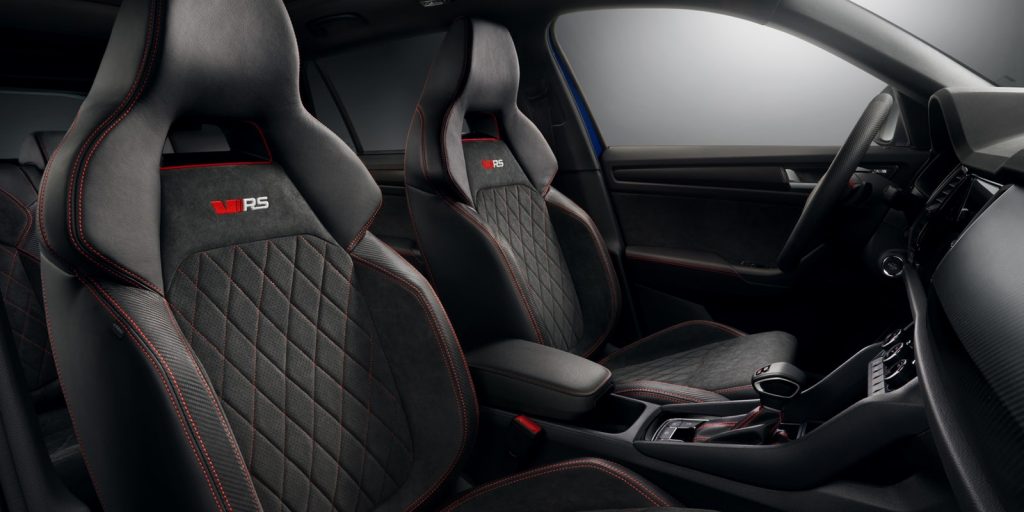 On the inside, the Kodiaq RS gets Alcantara seats and door trims as standard, along with a carbonfibre-effect instrument panel. Ambient LED lighting, tinted windows, black roof lining and stainless steel pedals also have also been added. 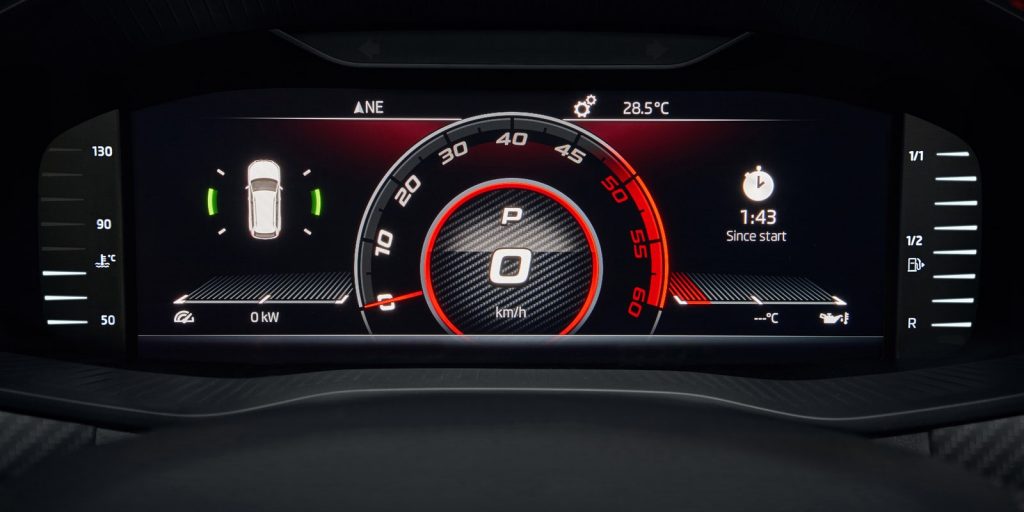 The virtual cockpit system is standard and displays rev counter and speed in the centre. There’s also a sports steering wheel.