We’ve all been waiting for this: the unveiling of the all-new Swift, set for a January launch, starting with Japan.

The new Swift is a fresh design, but the traditional silhouette can still be seen; except now, the details are all-new: an open-mouth grille, new bumpers – front and rear, distinctive headlamps and rather simplistic tail lamps at the rear, but there still lies a sportiness to its design that is sure to win over the younger crowds. Also note that the door handles have now moved on to the C-pillars, giving the Swift the appeal of a three-door hatch. It is also lighter than the Baleno, despite being built on the same platform. 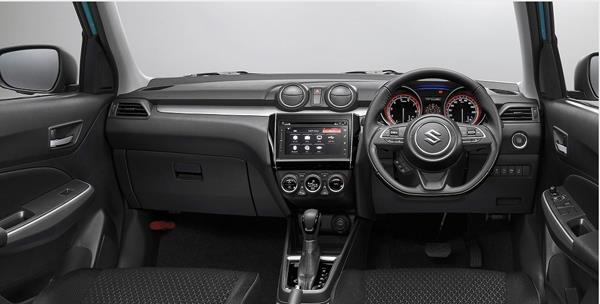 On the inside, the cabin is a breath of fresh air as well, with an all-new steering, a two-pod instrument cluster that now looks very modern. We’re hoping we get paddle-shifters too, along with Apple CarPlay and MirrorLink options.

Expect a 1-litre, Boosterjet, 3-cylinder petrol to make its way into the bonnet of the new car, along with the option of a more power diesel engine, and perhaps a hybrid sometime in the future as well. For the initial phase of its launch, however, you can look forward to the same 1.2-litre petrol and 1.3-litres diesels doing duty in the little hatchback.

A mid-2017 launch is on the cards, so start preparing yourself for a early booking, as it’s always the early birds who are the first to take delivery, given the demand we predict for another hot-seller.