Thank you Ford, for such a rocking release at the Auto Expo.The Mustang is such an iconic car, and the launch news is pure bliss. We car nuts across the nation are waiting to take a spin in the Mustang. So before I get behind the wheel of the Mustang, here is a sweet hatch from Ford’s stable, the all-new Figo. Ford has bigger plans for India. We have an all-new manufacturing plant in Sanand, and the line-up is fresh. With the launch of the new Endeavour, along with other cars, Ford is going to give tough competition to Maruti and Hyundai.

The Figo is the younger brother of the booted sibling Aspire, and from the outside, till the B-pillar, there is no much difference from the Figo Aspire. The front grille reminds us of the face of the Aston Martin, along with the neat looks from all the angles. However, personally I like the Figo a bit more than the Figo Aspire. It looks dashing in the hatchback form. The rear looks neat and the roofline joins neatly into the tail and looks very proportionately balanced. Overall, there is not much difference in design except the boot. Though overall, both the Figo hatch and Aspire sedan look more premium and eye catching. The Figo is 1695mm wide and with the hexagonal chrome front grille, along with sweptback headlamps, the face of the Figo has a mixed look of aggression and style. 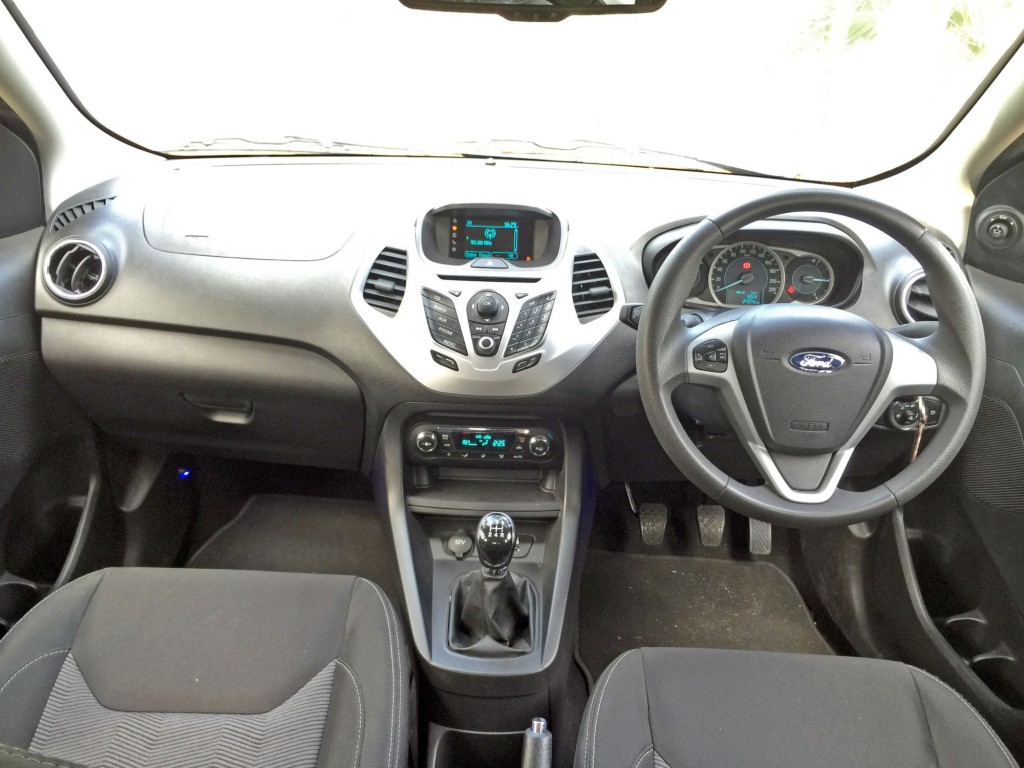 We all like black interiors, don’t we? The cabin’s all-black theme differentiates the Figo’s interior with the Aspire’s. The tail opens to a decent sizeable luggage bay and the rear seat folds to offer you more space. But the trunk space has been reduced from the outgoing model by 30 litres and the rear seats feel a little cramped for three adults. 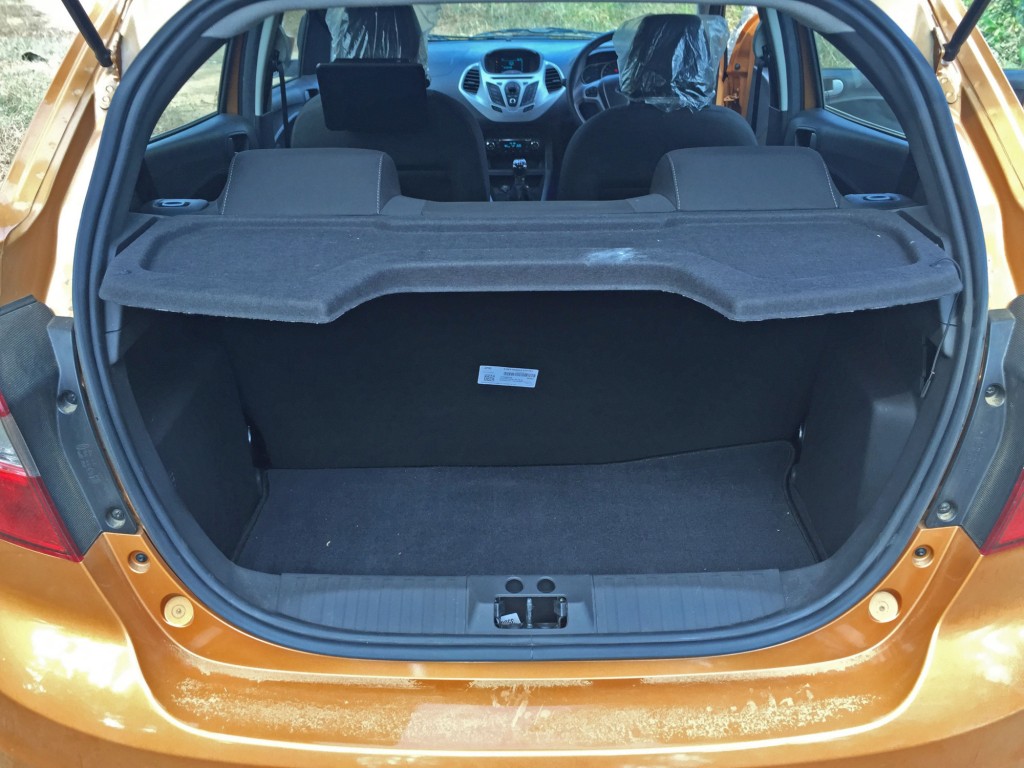 The Figo gets all the features from the Aspire, like SYNC. But apart from those technological features, other most practical features are power adjustable side mirrors, keyless entry, auto locking doors, electric boot release and keyless entry. Also, to add practicality we have lots of storage spaces too. Features that are missing include reverse parking sensors, reverse camera, an unlock sensor for the boot as available in the Xcent.

Something was missing in my car that I noticed from the spec sheet; and it was the Ford Dock. Yes, the MyFord Dock feature was missing even in the Titanium+ diesel variant which I was driving. But, a quick chat with the sales executive made me understand that the MyFord dock feature is available in petrol automatic and not in diesel top trim. 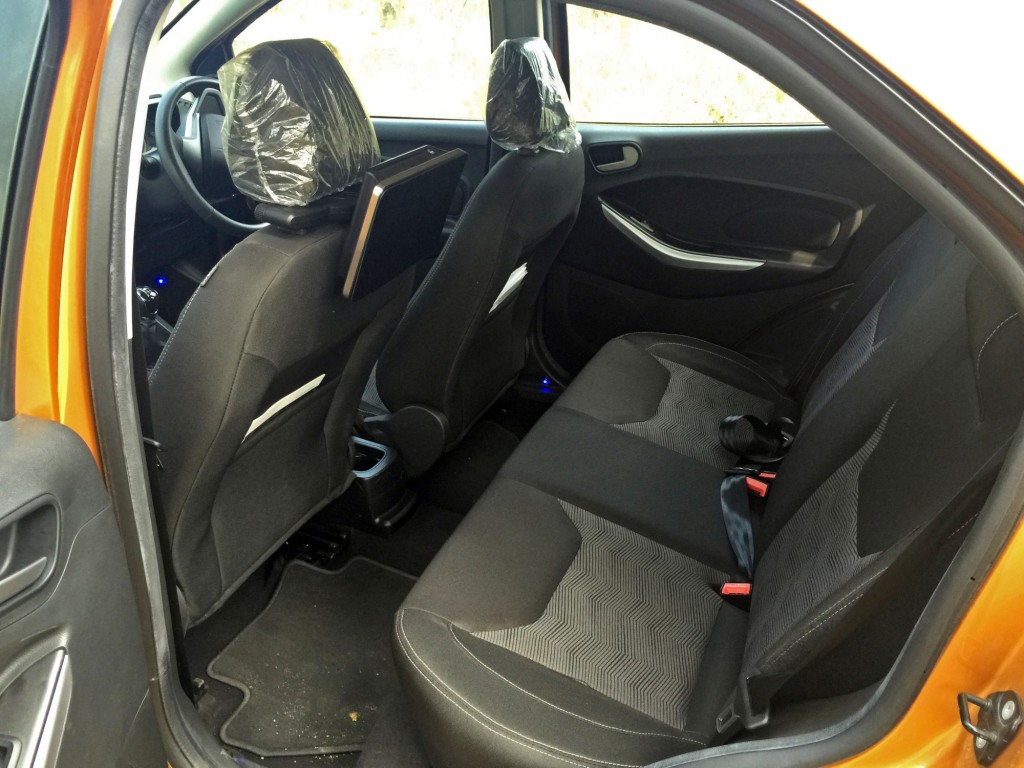 Also the interior and features of the petrol automatic is quite different from diesels. It gets is traction control, hill hold assist, ESP and gear indicator.But it doesn’t get the Sync feature, the infotainment screen is smaller and there are only two airbags while we have six airbags as standard on the Titanium+ trim. Also, our car had an optional LCD at the back. Wide and big enough for the rear passengers to enjoy some movies, but the positioning could have been better for visibility for the rear passengers. Use of seatbelts is a must as music system would not work without it. Good job Ford! 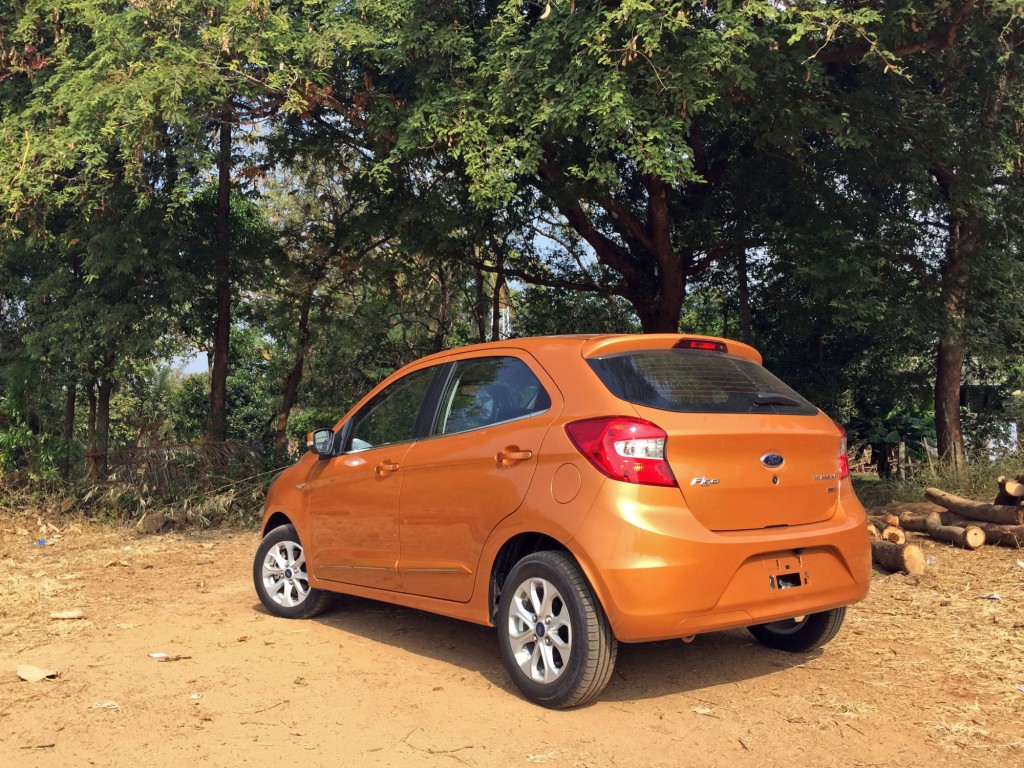 There is an 88PS/112Nm Ti-VCT petrol that’s mated to a 5-speed manual and is claimed to have a fuel efficiency of 18.16kmpl, and unfortunately we are yet to drive it. The second petrol engine is a 1.5-litre naturally aspirated motor that puts out a class leading 112PS/136Nm and a fuel efficiency of 17kmpl which is available exclusively in the Titanium trim. We drove the top trim of the diesel called Titanium+, which has got a 1.5-litre diesel motor with 100PS of maximum power and 215Nm of torque. The engine is the same as that in the Aspire we drove last month. I felt there is a bit more fun in the Figo than in the Aspire (May be because I didn’t like the booted Aspire). The diesel motor is a 5-speed gearbox, and it is smooth and rev-happy at the same time. The Figo gets an increased ground clearance from the outgoing version and is now 174mm. So you can tackle all the potholes and bigger bumps with ease. 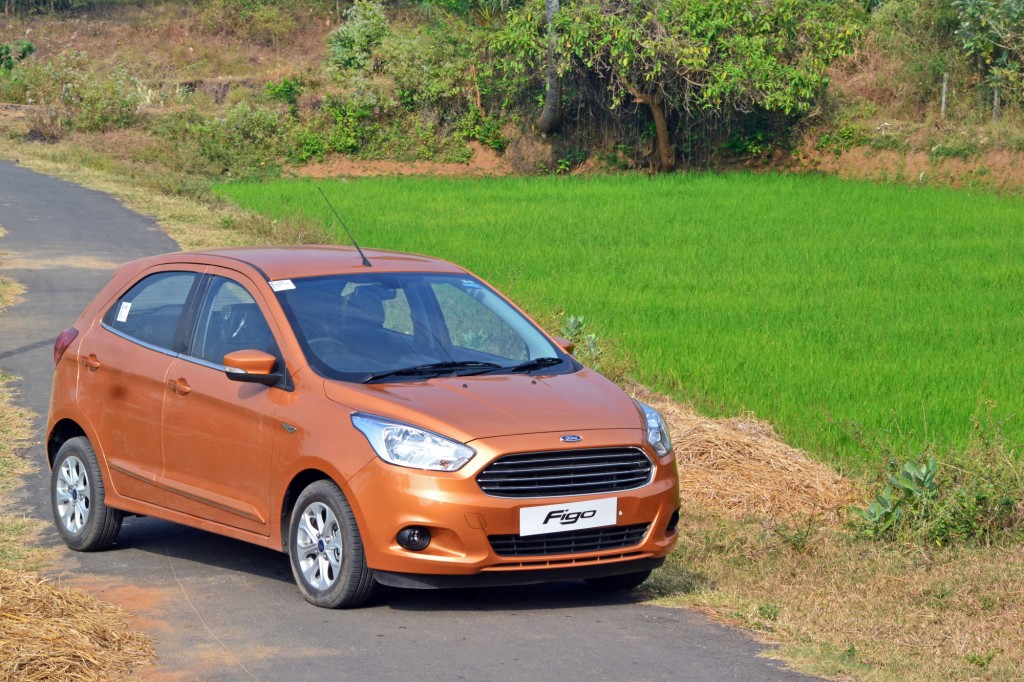 The diesel motor is quick, smooth and fuel efficient too. Overall, the car feels good to drive and impressive. And looks have improved by a large margin, and with the new front face, we all know that the Figo will have a huge number of fan followers, especially if one had to consider the features on offer. When you compare the base trims, the Figo sedan and hatchback have a difference of almost Rs. 60,000. However, I can spot a number of Figos on the road and it is a good package of everything a buyer in this segment is looking for.