Based on the Vanquish, the Speedster boasts of a smoother-flowing silhouette, double-bubble cowls at the rear and a lower-sloping windscreen, while the Vulcan-inspired tail lamps look spot-on. Under the bonnet lies a 5.9-litre V12 that makes 580bhp, and is mated to an 8-speed, Touchtronic III gearbox. The Speedster also gets body panels made from carbon-fibre, like on other Vanquish Zagato models. The Speedster should be able to manage the 0-100kph sprint in about 3.5 seconds or less. 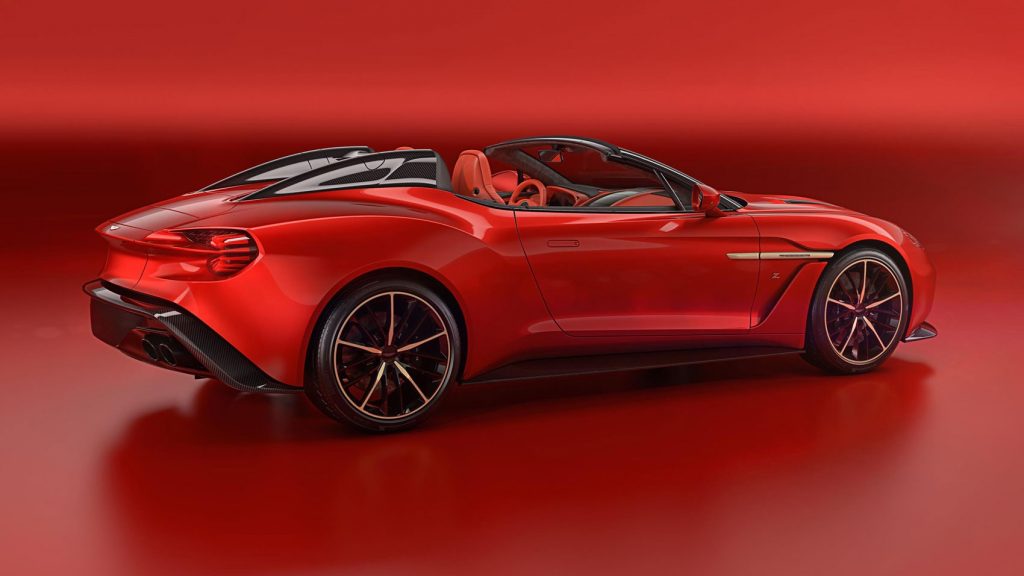 The Shooting Brake, on the other hand, is a two-seater estate (possibly the coolest), but is aimed at a being a practical Grand Tourer. The roof extension also features the signature double-bubble design with glass inlays. And there’s also enough of the luxury factor when you open up the tail gate.