Testing for the BMW M6 GT3 kicked off

BMW M6 GT3 starts testing with more than 500 bhp and less than 1,300 kg weight. It’s easy to spot the GT3-spec M6 Coupe, since it is a lot wider than the road-going version and comes with a huge rear wing and a vented hood. The car features additional vents in the rear quarter panels, along with side exhausts and a substantially lowered ride height compared to the regular M6. Also noticeable are the LED headlights from the recently facelifted 6-Series range while the interior cabin has been stripped out to shave off excess weight.

Under the hood is a V8 4.4-liter twin-turbo engine specifically modified for track use and featuring dry sump lubrication. The motor is capable of delivering more than 500 bhp in a car that weighs less than 1,300 kg. Output is channelled to the wheels through a six-speed sequential race-spec gearbox all wrapped around in a body which has been aerodynamically optimized in the wind tunnel. 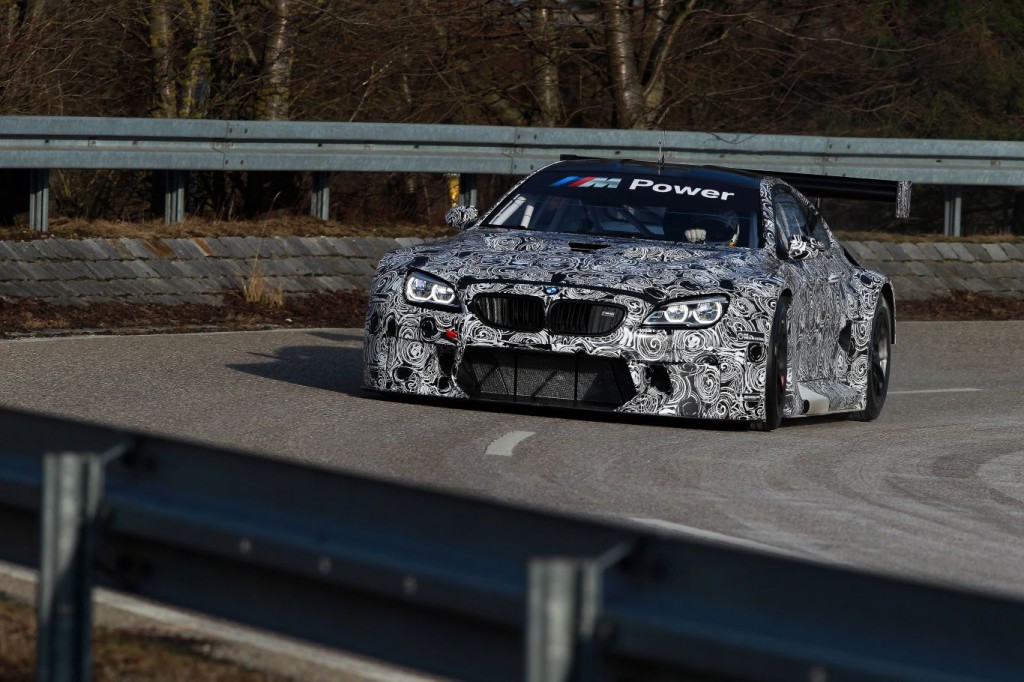 Testing for the BMW M6 GT3 kicked off last Saturday at BMW’s factory in Dingolfing, Germany, prior to next year’s racing debut in national and international series, including endurance races.