Tata Motors has revealed its all new E-vision concept at the 2018 Geneva Auto show. The E-vision is a full-electric sedan concept which is developed on the Omega EV platform borrowed from  Land Rover. The H5X SUV and the 45X premium hatchback unveiled in the Delhi Auto expo 2018 also uses the Omega EV platform, while the future Tata electric cars are about to use the same platform.

The E-vision concept is a mid-size sedan, about the same size as that of a Skoda Superb or Jaguar XE. This concept features the Impact design 2.0 which posses a muscular language design. About the appearance of the E-vision concept, it looks wide and muscular chrome lines gives the car an aggressive stance. The well designed doors and the stunning alloy wheels gives the car a more premium look. 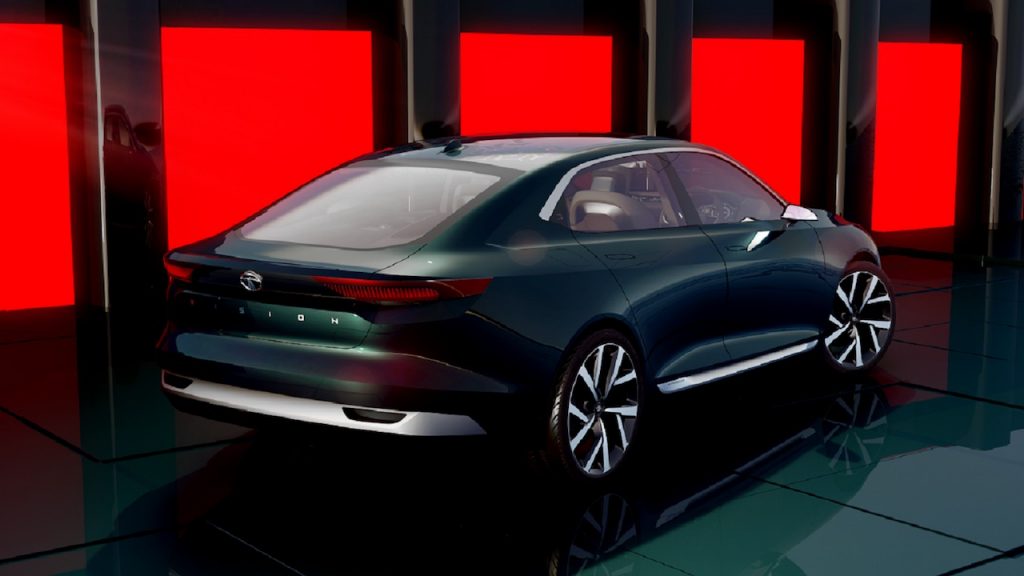 The boot lid is beautifully sculpted, giving it the appearance of a fastback, but that it certainly isn’t. The front end of the car looks more masculine with the sharp LED headlamps and the chrome underlined grille. The interior of the E-vision looks absolutely futuristic. The central infotainment screen and the inbuilt third LCD screen in the dashboard adds some pizzazz to it. The digitalized cockpit takes its place right behind the wheel instead of conventional gauge clusters. The concept has a flat bottomed steering wheel and the paddle shifters too.

The car will be able to run a 300 kilometer distance on a full charge on its batteries. It will be capable to attain a speed of 200kph. 0-100kph comes up in 7 seconds, which makes this sedan the fastest car Tata ever produced. The E-vision also has the advanced driver assist systems as well.

Thus the E-vision will mark its footprint in the Tata electric vehicles in the coming years. The all new electric sedan will begin production in 2020-2022.