Stinger GT is the most extreme Kia ever

Kia seems to have made waves at the Detroit Motor Show this year with their new performance GT – the Stinger. Some of you may remember the 2011 GT Concept; well, that’s exactly where the Stinger draws its inspiration from.

It looks absolutely stunning for something that’s come out of Korea, and manages to have looks looks to match that of some of Alfa Romeo’s cars. It sits on a tweaked Genesis chassis – 55% of which is made of lightweight, high-strength steel which is rigid and helps decrease NVH levels. The suspension features adaptive damping via the Dynamic Stability Damping Control system.

Under the bonnet of the range-topping Stinger GT sits a twin-turbo V6 that makes 365hp and 510Nm of torque. An 8-speed automatic gearbox will be linked to the standard Stinger models with 4-cylinder, 2.0-litre engines. Expect rear-wheel-drive and all-wheel-drive models to debut. Kia will also offer switchable driving modes with five settings. 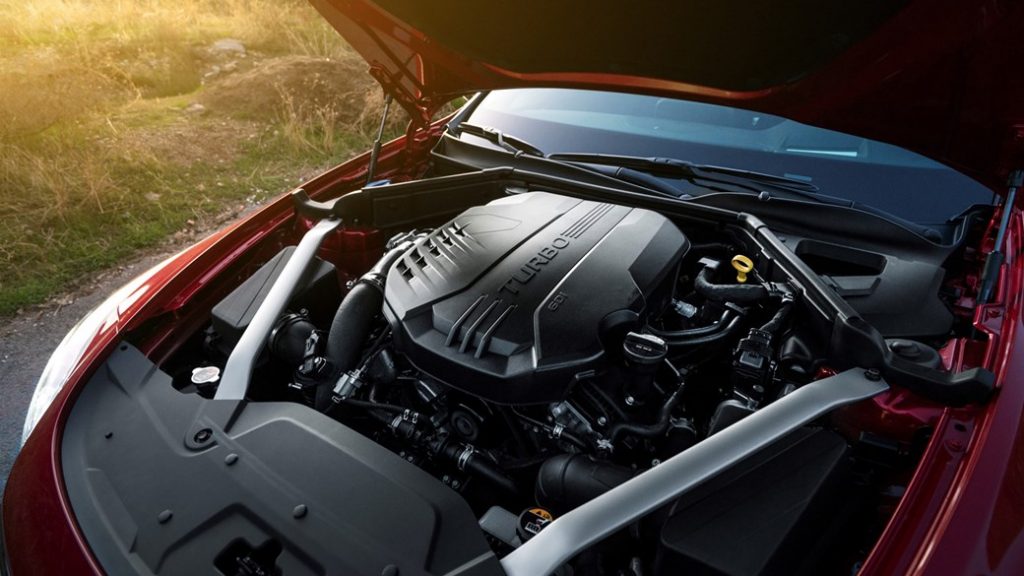 Features on the GT will include a 9-speaker system and an external amp. An optional 720W Harman/Kardon audio system with 15 speakers and under-seat subwoofers will optional too. The cabin appears to be sporty with ample room and intricate detailing.

The GT model sports 19-inch alloys, while the standard Stingers will come with 18-inch wheels. Brembo brakes will serve as the stopping power for the former. When it goes on sale, it will take on the likes of the range-topping-engined BMW 3-series, Mercedes-Benz C-Class and Audi S4.