Renault has finally revealed its stylish crossover for India – the Captur, which is being readied for a launch next month.

The design language states that the Captur looks entirely different from the Duster. The swooping surfaces, curved panels and wide stance. The soft lines are pleasant to behold while the crystal-cut 17-inch wheels add to the stylish design. The sculpted bumpers boast of LED DRLs that are shaped in a ‘C’. Headlamps and tail lamps are full LED as well. We think the Captur has a very likable persona about it, given just how different its design is in its segment. 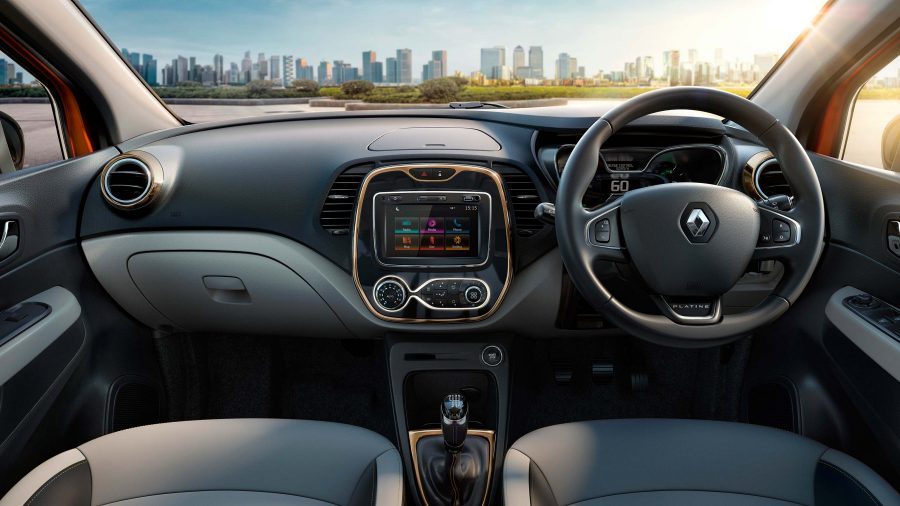 The butterfly-shaped instrument cluster sports a huge digital speedometer in the middle, with a tachometer and a fuel gauge. It also gets ambient LED lighting for the interiors, and the wavey dashboard design theme shouts French flair. The panoramic windscreen gives you a great view from the inside. Two-tone, white-and-black look rather classy with headroom and legroom being pretty good; it also gets rear air-conditioning.

A host of goodies like dual front airbags, ABS and EBD, brake assist, iPod functionality through USB, Bluetooth and a few other connectivity options that can be operated via a 7.0-inch touchscreen multimedia system. It also gets integrated maps and navigation.

Under the bonnet, the Captur gets a 1.5-litre K9K diesel engine that makes 110hp, while the 1.5-litre petrol engine 106hp and 142Nm of torque. The former is synced to a 6-speed manual, while the latter gets a 5-speed manual, with power being sent to the front wheels; however, expect an AWD version at a later stage. 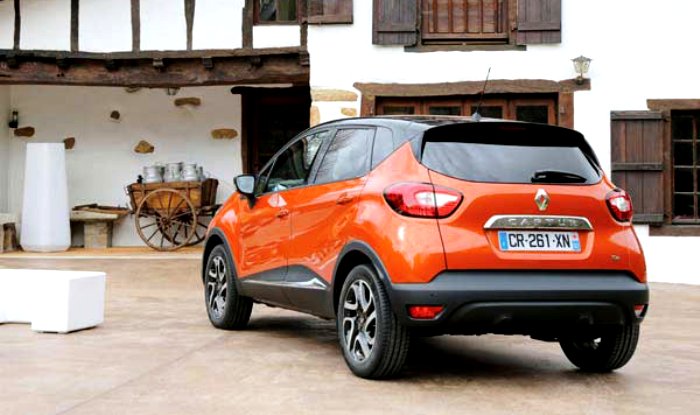 Expect a price tag of about Rs 15 lakh, which is pretty competitive and will immediately draw buyers who may have their sights set on rivals like the Creta, Compass and XUV500. The Captur is stylish, robust and hugely capable, but misses out on the basic needs of today like Android Auto and Apple CarPlay.