Mercedes has pulled the top off the AMG GT – and is calling it the GT roadster and GT-C roadster. Based on the current AMG GT coupe, the roadster variants will boast of the same 4.0-litre twin-turbo V8, good for 475hp(in the GT Roadster) and 555hp(in the the GT-C Roadster). Mated to the engines will be a 7-speed dual-clutch automatic, with all the power being sent to the rear wheels. 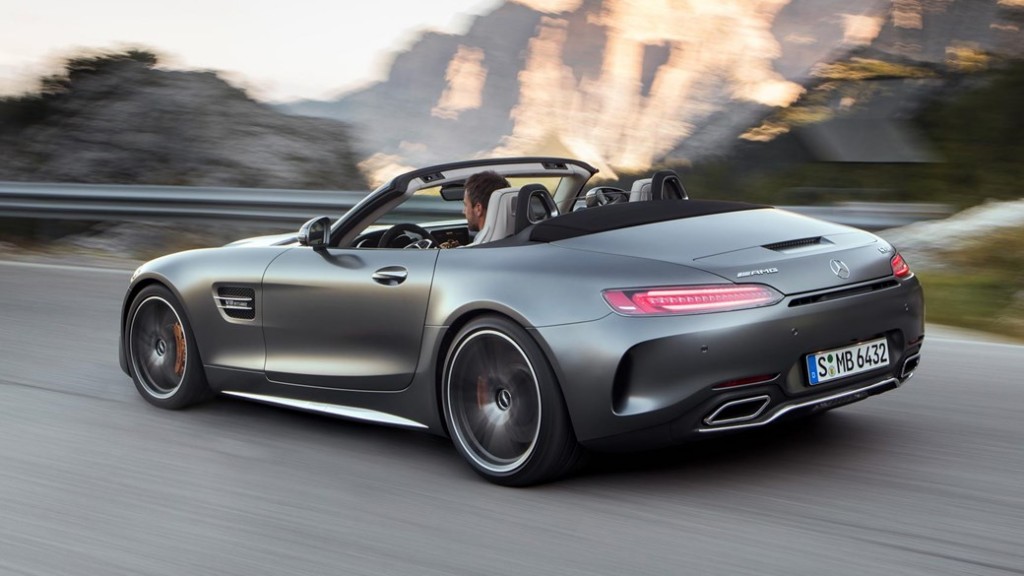 Aesthetically, the GT and GT-C Roadsters look far more aggressive than the coupe, thanks to the re-designed, sharper front and rear bumpers, along with the wider hips at the back. An AMG performance steering wheel is surrounded by nappa leather interiors. You also get a race mode for the gearbox and lithium-ion battery. 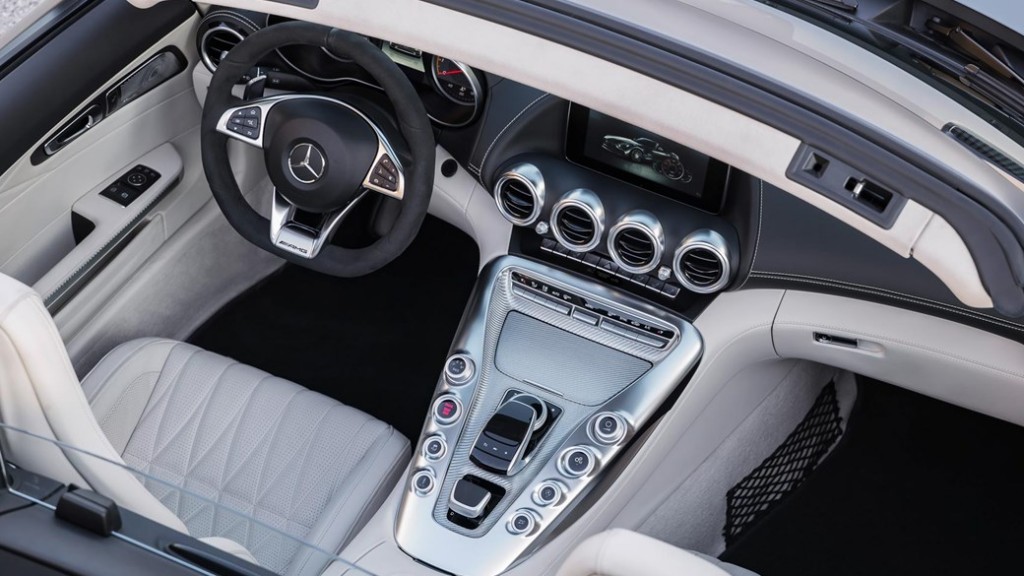 The new roadster twins also feature variable dampers and rear-wheel steering, making them a bit more technologically-advanced than the GT coupe. The GT-C is also slightly heavier than the GT roadster at 1735kgs due electronic nannies, but still manages to be faster from 0-100, executing the sprint in just 3.7 seconds, as compared to its twin’s 4.0 seconds.

With the aid of the AMG performance exhaust system with integrated flaps, you can control the pops and crackles, and the grunting that is so typical of an AMG Bi-turbo V8. 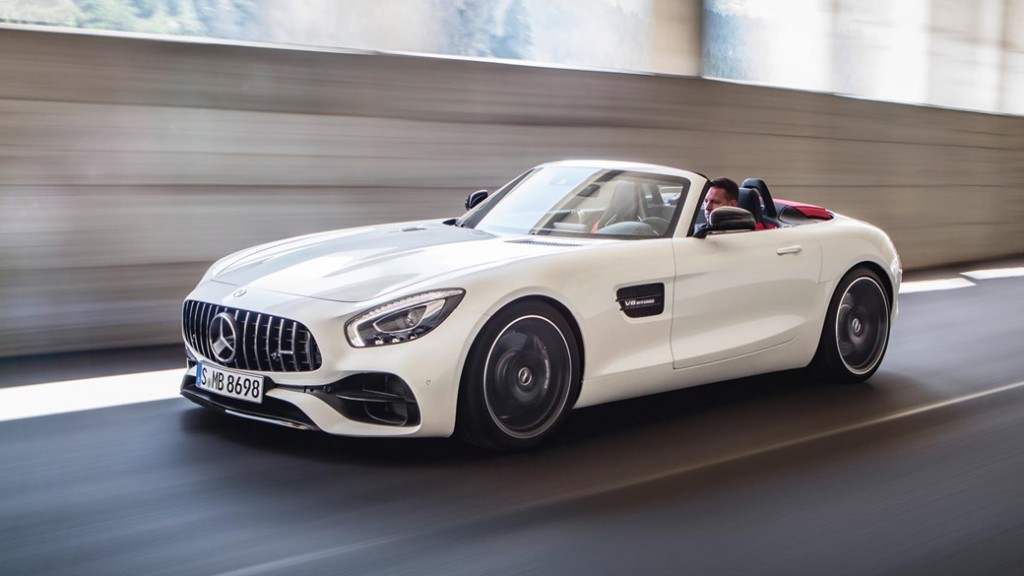