Maruti Brezza vs rivals: which one is best for you?

The burgeoning compact SUV market hasn’t to be taken as a joke; it’s a space where a majority of prospective buyers are flocking to get a hold of their favourite mini SUV. But with the present lot of compacts on offer, namely: the Brezza, Ford’s EcoSport, and the slightly more premium Hyundai Creta, we help you decide which one stands out the most. 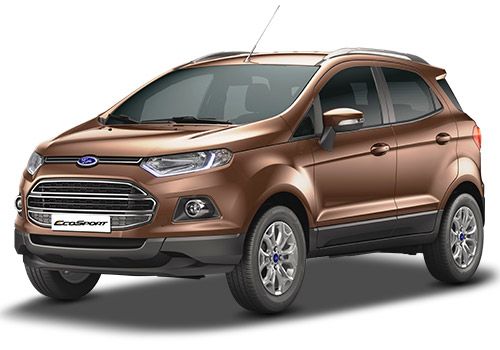 The good ‘ol EcoSport continues to be what it is: a fun-to-drive, little SUV that has brought satisfaction to many a proud Ford customer over the last couple of years. It’s well-weighted steering that’s full of positive feedback, aided by good body control has had purists put their money down. Although the ride quality is bit on the firm side. Under the bonnet lies an updated 1.5-litre, 100bhp diesel motor that churns out 205Nm of toque; the engine’s nature to pull effortlessly with linear power delivery is more than evident, but the clunky 5-speed transmission requires you to work it quite a bit. You’ll also love the turnout of the cabin: refreshing, modern and well built.

The top-end model of the EcoSport gets relatively premium-looking leather seats that offer just the right amount of bolstering, but let’s reserve our comments on this aspect for the final verdict, shall we? Seating occupants at the rear is a bit of a squeeze, considering the somewhat narrow-ish cabin. The Ford’s features list is not a letdown, as you’d expect: 6 airbags, Emergency Assist, rear parking sensors, push-button start, rain-sensing wipers, steering-mounted audio controls, auto climate control, ABS and what have you! 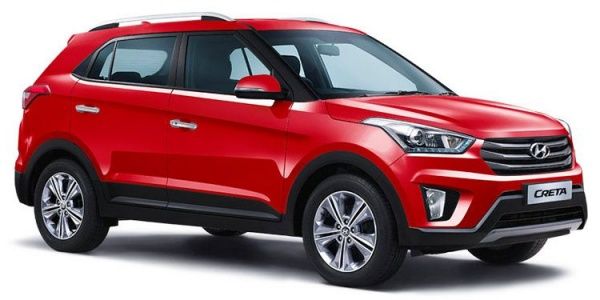 Hyundai’s latest compact SUV has proved its salt in more ways than one over the last couple of months, thanks to its distinctive profile and feature-laden cabin. The Creta’s steering – comparatively – feels lighter, but communicative once speeds start climbing. Ride quality is on the supple side, with the bumps being absorbed effortlessly – making it the best in its class. Powering the Creta is a 1.6-litre , 126bhp diesel motor that produces 260Nm of torque. Putting your foot down reveals that the Creta is the quickest SUV here; its peppiness on the highways making it a rather addictive drive. Synced to the engine is a 6-speed manual ‘box that shifts easily and with precision. Of course, there is more to this SUV than just performance. The level of cabin quality is pretty much up there, but the Elite i20’s is at par with it – and we think that’s alright given that the i20 is no less impressive on this front.

The seating is comfortable and prolonged drives are pleasurable, given how well cushioned the seats are. You get 17-inch wheels on the top-end version, ABS, EBD, side and curtain airbags, rear AC vents, projector lamps, DRLs, steering-mounted audio controls, but no rain-sensing wipers and adjustable lumbar support. 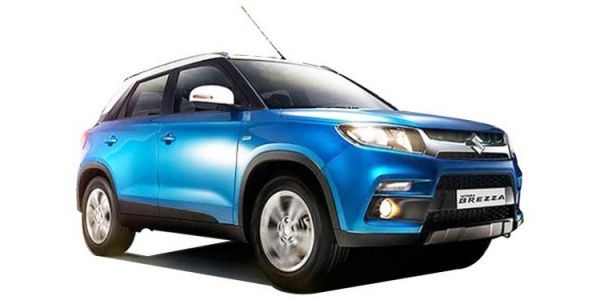 The Brezza handles well, and feels marginally better to drive than the Creta, but still can’t keep up with the EcoSport in this regard. It steers with confidence with absolutely no hint of bodyroll – and that’s relieving to know. Like the EcoSport, the Brezza too is stiffly sprung. But this helps the Brezza retain good handling characteristics. Beneath the hood of the Brezza lurks a 1.3-litre, 89bhp diesel motor that makes 200Nm of torque. Among the EcoSport and Brezza, it’s the latter that’s quicker, thanks to its lightweight frame. Initial throttle response isn’t particularly brisk, but as you go through the gears, you’ll find the Brezza sprightly in nature. The 5-speed manual is slick to operate, and makes swapping cogs a boon. Compared to the other two SUVs, the Brezza offers a simplistic, no-nonsense cabin that looks sophisticated to an extent. In terms of room, the Brezza certainly doesn’t disappoint, both – in the front and rear.

The Breeza can be both these SUVs at a lower price – and that’s what makes it our pick of the trio.

Maruti’s clever little SUV clearly comes brimming with features, many of which are found on the EcoSport as well. But the ones that make it the better bet are Apple CarPlay, reverse parking camera and satellite navigation.

The Creta looks the part, drives well and feels that bit more premium to sit in, but loses out on certain features, while the EcoSport manages to possess a chassis that is up to the job of flooring the driver in you. But the Breeza can be both these SUVs at a lower price – and that’s what makes it our pick of the trio.