Lamborghini revealed its much-anticipated ‘super-SUV’, the Urus, in Bologna, Italy. Upon first glance, a certainly looks like something with Lamborghini DNA in its veins. We’re about to tell you why we think the Urus will make a lot of sense to Indian buyers.

Lamborghini’s CEO Stefano Domenicali has said: “the Urus is a true Lamborghini – in terms of design, performance, driving dynamics and emotion – as well as being drivable every day in a range of environments.” The aggressive front splitter and air-intakes channel air to the underbody. The styling you see was executed with the aim being aerodynamics. A host of slashes, cuts and edgy headlamps and tail lamps add to the Lambo family appeal. Lamborghini’s old LM002 looks nothing like it, but the Urus is the second SUV since then, back in 1986.

‘Power’ for the course

No V10s or V12s in this one; sorry folks. It gets twin-turbo V8 petrol, mounted at the front – making 650hp and 850Nm of torque – all of which is sent to all four wheels via an 8-speed automatic gearbox that is electro-hydraulically controlled. A torque converter has been specially developed to help boost engine response. 0-100kph comes up in 3.6 seconds, with a top speed of 306kph. The engine has been designed with central turbo-charger layout near the combustion chambers to improve engine response, with the twin-scroll turbos running in tandem, allowing for more power when fully loaded, while also reducing turbo lag.

It also features two exhaust flows and cylinder deactivation in order to help bring down fuel consumption. The four-wheel-drive system features Torsen self-locking differential with torque split 40:60 to the independent front and rear axles, while the rear differential boasts of active torque vectoring which delivers power to each wheel, as per the driving mode, style and grip levels. Rear-wheel steering from the Aventador has been used on the Urus as well. 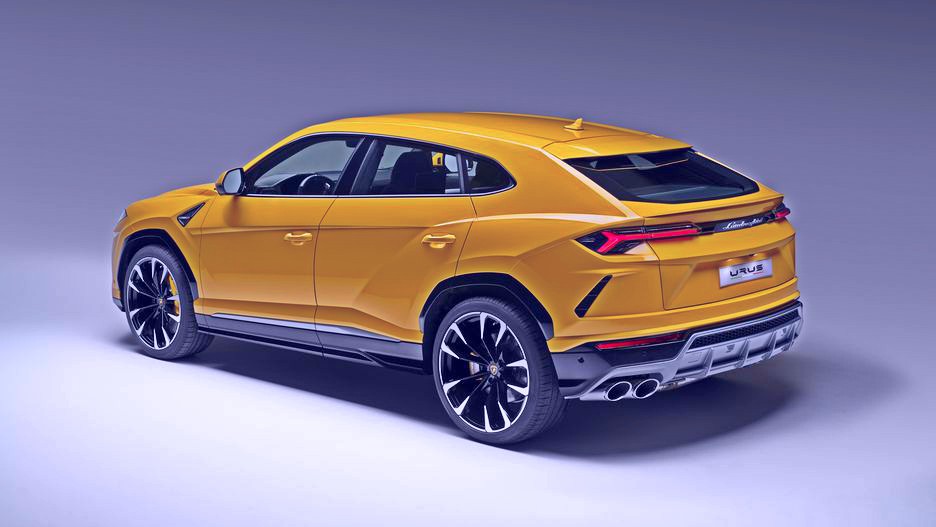 The Urus is based on the same MLB Evo platform as the Bentayga, Q7 and Cayenne. The chassis uses aluminium and steel to maximise stiffness. Aluminium doors and torsional beams replace the C-pillar, and a kerb weight of less than 2200kgs has been achieved. It also sports adaptive air suspension that allows the SUV to be raised, depending on the conditions, and altered via different driving modes. Pirelli has produced a range of tyres to suit the rims- right from 21-23 inches. 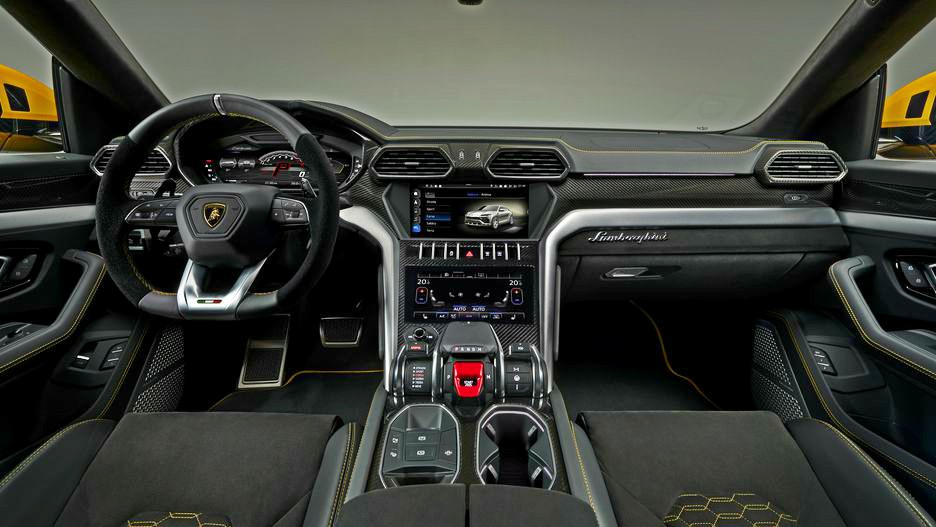 The dashboard features the ‘Y’ design, which is driver-oriented. There are loads of hexagonal design cues and elements that include the air vents and cuholders as well, typical of Lamborghinis. The three-spoke steering features vibration damping. You also get a customisable TFT driver information display and the new Lambo infotainment unit. Up-front, 12-way adjustable heated electric seats are on offer, while 18-way adjustable front seats come as as option. The rear gets a three-seat bench with Isofix points, or just two seats as an option, again. 616-litres of boot capacity is available, and will increase when the rear seats are folded flat.

Built at a new factory in Sant’Agata, Lamborghini will produce about 7000 cars a car. As for an India launch – well, January 11th isn’t too far away, is it? 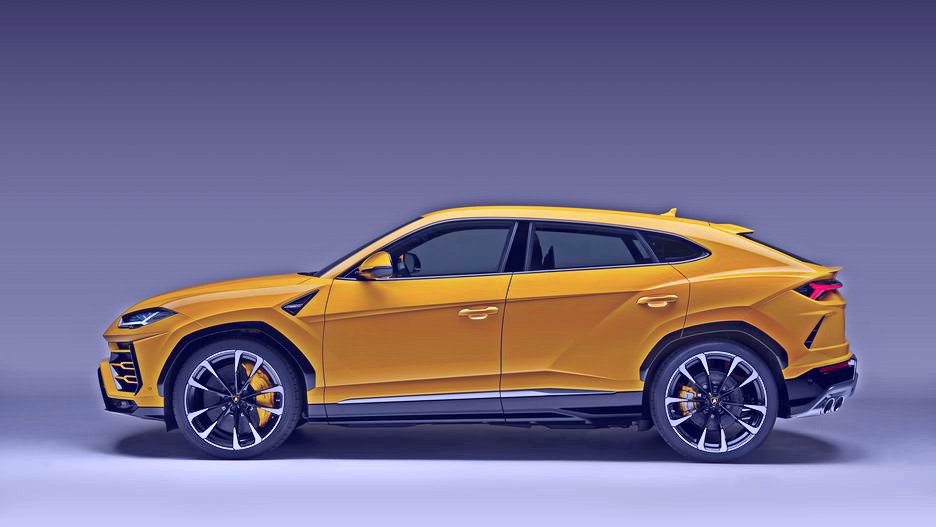