Lamborghini has revealed the most extreme road version of the Huracan – the Performante, at the Geneva Motor Show – after all this while of a test mule lapping the Nurburgring, setting a lap-time record of a Porsche 918 Spyder-beating 6min 52.01 seconds.

You’ll note massive revisions done to the front and rear, giving the Performante an angrier, racecar appeal. It also features a bronze engine manifold cover that instantly reminds you of a few Lambos of old. Ultra-lightweight, forged-carbonfibre composite material gives way to moulded shapes being made in one piece – and this majorly contributes to active aerodynamic elements. 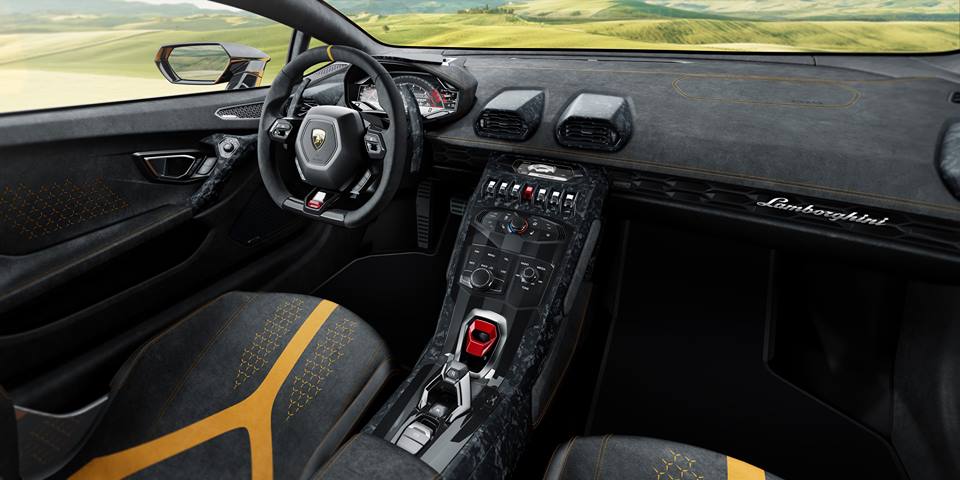 The huge rear wing, for example, is made from forged carbonfibre. Aiding improved downforce are the flaps that use an electro-actuator system that is also responsible for weight reduction.