Nissan had cause for double celebrations at the Rally of Morocco, the latest round of the cross-country FIA World Cup, as both of its sponsored drivers took first and second place.

Denis Berezovskiy won the Cross-Country FIA World Cup rallying championship in the Nissan Patrol. The Nissan sponsored driver, from Kazakhstan, has been so far ahead in points that he only needed to finish the Rally of Morocco to clinch the T2 category title.

Emil Khneisser, also backed by Nissan, powered across the line in Morocco in second place at the wheel of his Nissan Patrol, confirming an unassailable runners-up position in the Championship, with one further round to go.

“Both drivers have shown their great rallying talent with Denis taking the World Championship even before the final round, and Emil becoming the Championship runner-up as well as placing second in Morocco,” said Samir Cherfan, managing director of Nissan Middle East. “It is an absolutely tremendous feat, and they are both inspirations to young rally drivers in the Arab world. We are also extremely proud of the first and second place championship victory for the Nissan Patrol in the T2 category, which pits series production vehicles against each other.”

Berezovskiy, and his navigator Ignat Falkov, faced some challenges during the early stages of the Rallyof Morocco. Despite needing only to finish they made a barnstorming run through the final loop stage near Agadir to catch up and finish line fifth.

“I am delighted to win the T2 World Championship here with my Nissan Patrol,” says Berezovskiy. “It was a long and difficult rally and we had our fair share of issues, but it all worked out in the end and I am proud to say that Nissan, Ignat and I are the FIA T2 world champions!”

Abu Dhabi-based Khneisser and Russian navigator Alexey Kuzmich also had to overcome time delays during the race but a solid last stage helped them and their Patrol to gain second place in the Rally of Morocco and consequently second place in the Cross-Country FIA World Cup.

Khneisser’s day job is group training and product manager at Abu Dhabi’s Nissan dealer Al Masaood Automobiles and this is the Lebanese driver’s first attempt at the punishing and highly competitive European circuit. 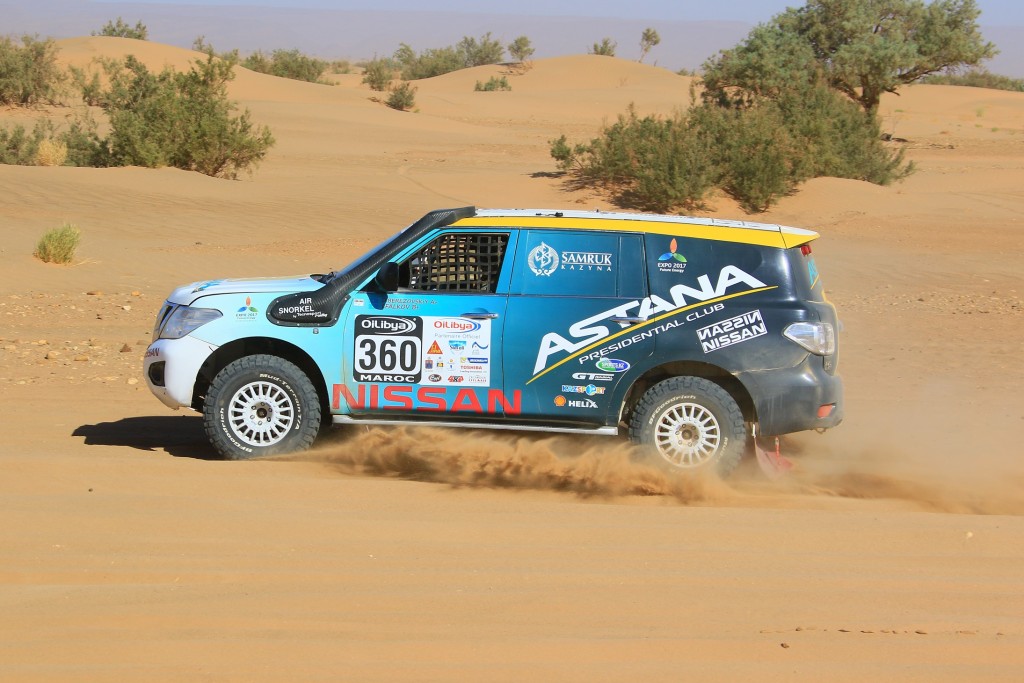 “I always tell my kids how they should never to give up in the face of adversity,” said Khneisser. “In Morocco I had no choice but to apply that lesson and lead by example.  Even though we were challenged along the way, the obstacles certainly didn’t prevent the legendary Nissan Patrol from forcing its way to a podium finish.

“For four days we kept our hopes high, working hard in the dunes and across some really tough terrain to achieve our podium finish. It also enabled me to confirm second place in the T2 championship standings and I’m really proud of that and for everyone at Nissan who has been so supportive, especially the Middle East team.”

Khneisser now heads to Portugal at the end of this month to tackle Baja Portalegre, the final round of the FIA World Cup.

Nissan is working to develop motorsport in the Middle East and support drivers. The Japanese carmaker sponsors Saudi Arabia’s Ha’il International Rally and the Abu Dhabi Desert Challenge, and also runs programs to help youth learn the sport of drifting in a safe and controlled environment. 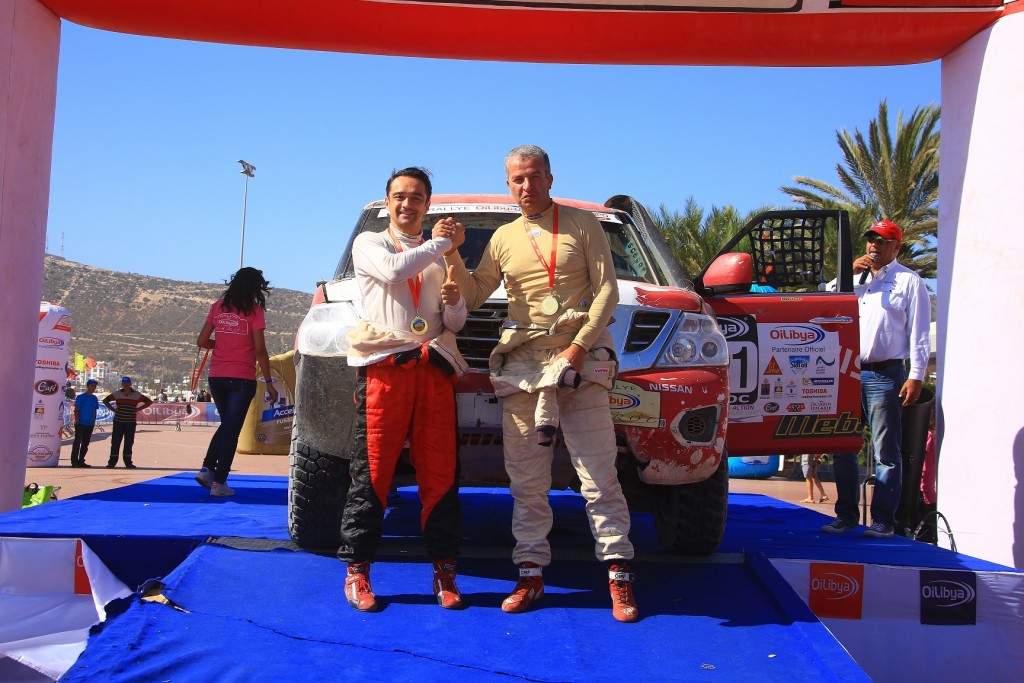 FIA World Cup for Cross-Country Rallies T2 – positions after round 9: