BMW 1-Series sedan unveiled in China; seems a good deal for India too

The concept of the BMW 1-Series sedan sure looked a stunner – and this, the road-ready version is no exception. Pictures of the front and rear have photographed for the first time in China. This production car appears leaner in comparison to the concept, with huge alterations made to the design, that include new tail lamps, re-shaped bumpers and new wheels.

Something about the front fascia is identical to the present 5-Series, with the rear hinting more at a ‘squeezed-in’ 3-Series, which is fantastic, considering the result in front of us. The 118i will serve the Chinese market as the base model, with a 1.5-litre, 3-cylinder turbo motor, while the 120i will employ a 2.0-litre turbo-petrol unit, leaving the top-end variant – the 125i – with a 231hp version of the aforementioned engine. All three variants get varied alloy wheels.

With the help of Brilliance Automotive, BMW will manufacture this model specifically for China. However, looking at what appears to a competent Audi A3 rival, we suspect BMW may eventually consider India and Brazil as markets on the cards, in the future. 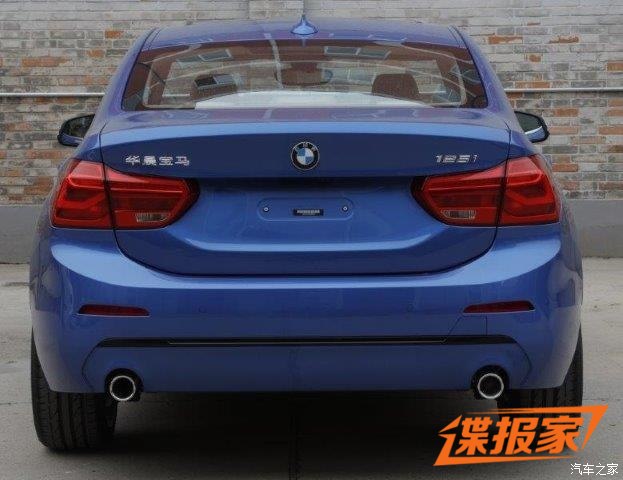