After over three months of winter break and three pre-season tests it was time for Formula 1 to return back to Melbourne for the first race of the new season. Such is the uncanny nature of the sport, there has already been a few dramas running wild. Giedo Van Der Garde and Sauber’s court case led to the question of who, Felipe Nasr or Marcus Ericsson, will be stepping aside and whether the Swiss team will even be racing this weekend and there were rumours surrounding Manor Marussia F1 Team’s appearance for practice.

Though McLaren denied rumours behind Alonso’s injury that it was nothing more than a concussion the crash in the final test itself at Barcelona remains a mystery for many. Keeping the rumour mill aside as ever the sooner engines fired up the better it was for us fans looking on.

The green lights were on at the end of pitlane and the 2015 Formula 1 season was finally underway!!! 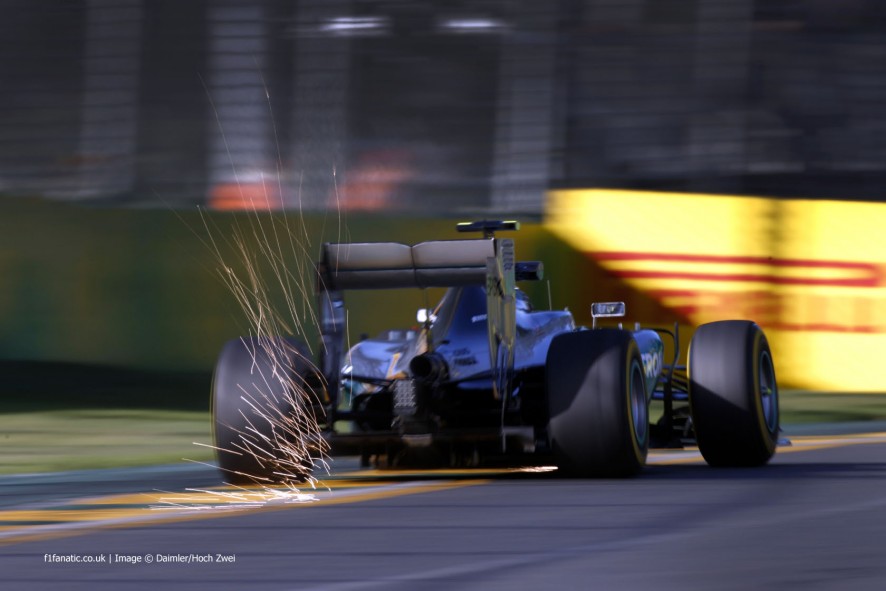 Debuting teenager Max Verstappen made his way out first in his Toro Rosso. Kevin Magnussen, who stepped in for medically uncleared Alonso, joined the track as half of the grid followed up to utilise some valuable track time. Nico Rosberg set the timing screens alight with a 1:31.319s and quickly the world champion Lewis Hamilton slotted behind before the German improved his time by nearly two seconds.

No dramas though in the initial stages except Verstappen running wide of the track and sparks were flying out of Romain Grosjean’s Lotus who needed a floor change. Ferrari are keen to show that they’re the best of the rest as Kimi Raikkonen split the Mercs before Vettel momentarily moved up to second with a 1:31.319s. Both Sauber drivers were sitting in their cars but with no wheels on them, they seemed likely to sit out the whole session as did Manor drivers who encountered software issues. 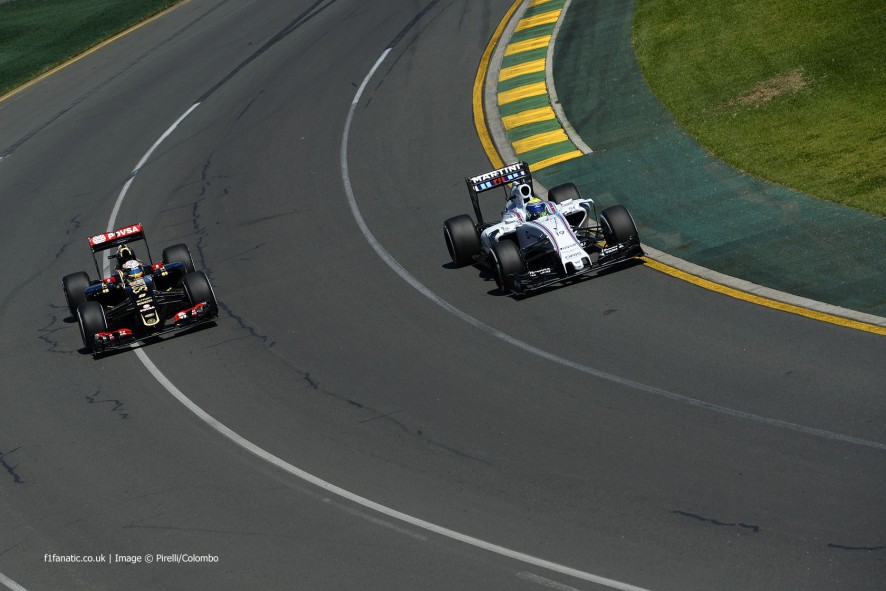 To the delight of the crowd, local hero Daniel Ricciardo headed out after 40 minutes in his Red Bull and ended up 13th with a 1:31.319s after an hour into the session. He recovered from a spin at Turn 15 a while later and a hydraulic problem before ending up tenth. Verstappen and Sainz Jr. looked pretty decent in 3rd and 6th respectively while both the McLaren cars returned to the pits and the session was unfortunately over with just 13 laps in due to engine issues. 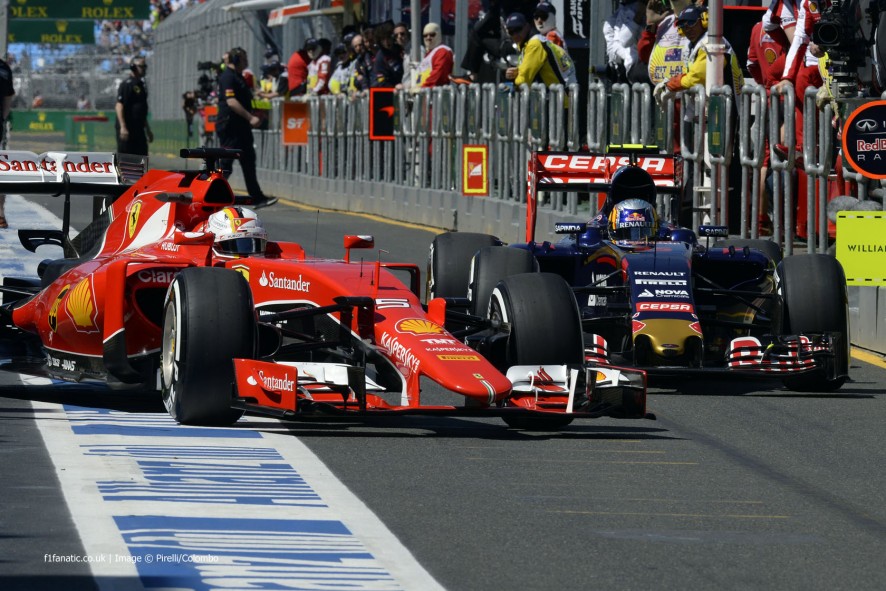 Valtteri Bottas put his Williams up to 3rd with a 1:30.748s behind the Mercedes duo. After a brief silence, the final 10 minutes saw flurry of activities on track. Lewis Hamilton, Felipe Massa and Valtteri Bottas headed out along with the Toro Rossos of Max Verstappen and Carlos Sainz Jr. The Ferrari duo of Sebastian Vettel and Kimi Raikkonen followed them onto the circuit but no big variations in lap times were seen. 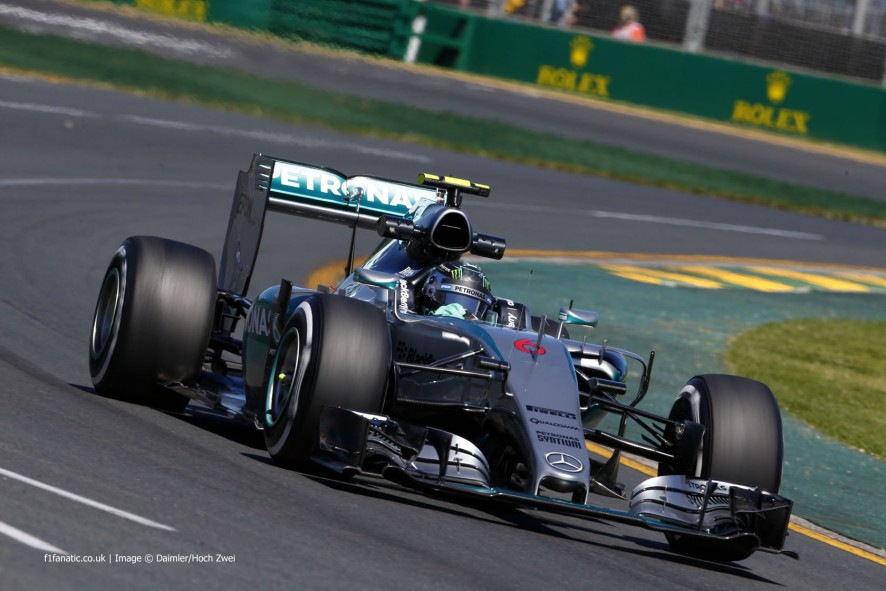 Rosberg’s benchmark lap of 1m29.557s was only two tenths shy of  last year’s fastest time in race. The Mercedes pair was untouchable as the closest Bottas got to was more than a second off the pacesetting time ahead of Sainz Jr., Vettel and Verstappen.

Sauber and Manor did not run