10 concepts from Tokyo: the stunners of tomorrrow

There’s a lot of glitz and glamour from the show floors of the 2017 Tokyo Motor Show. We highlight what we think are 10 of the most exciting concepts. Enjoy. 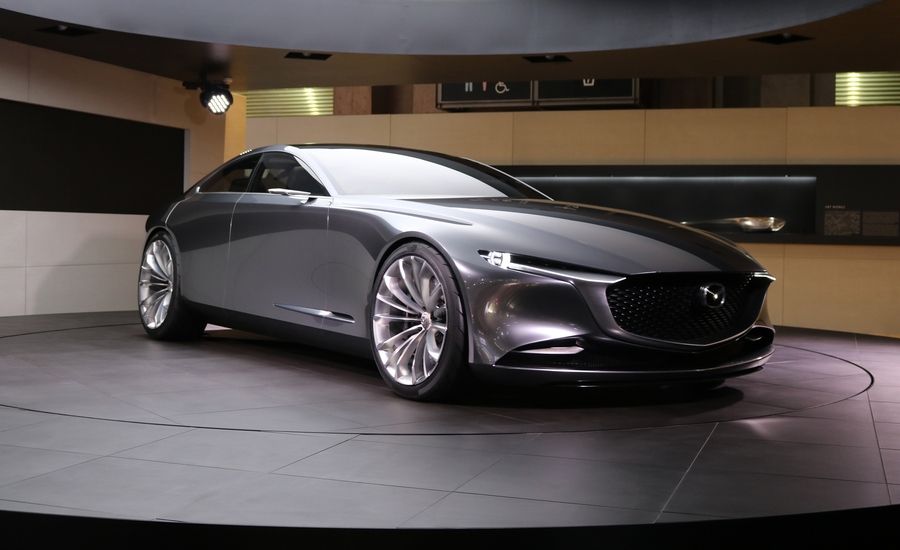 Mazda’s Vision Coupe’s four-door, low-slung and curvy surfaces make it an absolute delight to behold. No production-read, rotory-powered sportscar this year, but the Vision Coupe sure has a lot riding on it. Mazda says that future models will draw ideas from this design in the future. Bulging wheel arches, and soft lines perfectly define the side profile of the Vision Coupe. There’s something typically Italian to the rear, but let’s give full credit to the Japs for what this one has turned out to be. The cabin is simple and modern, with no fussy detailing. The turbine-like alloys and quad-pipes at the rear give the sporty touch it very deservedly needs. With such an influence over design language, Mazda sure is aiming at premium brands. 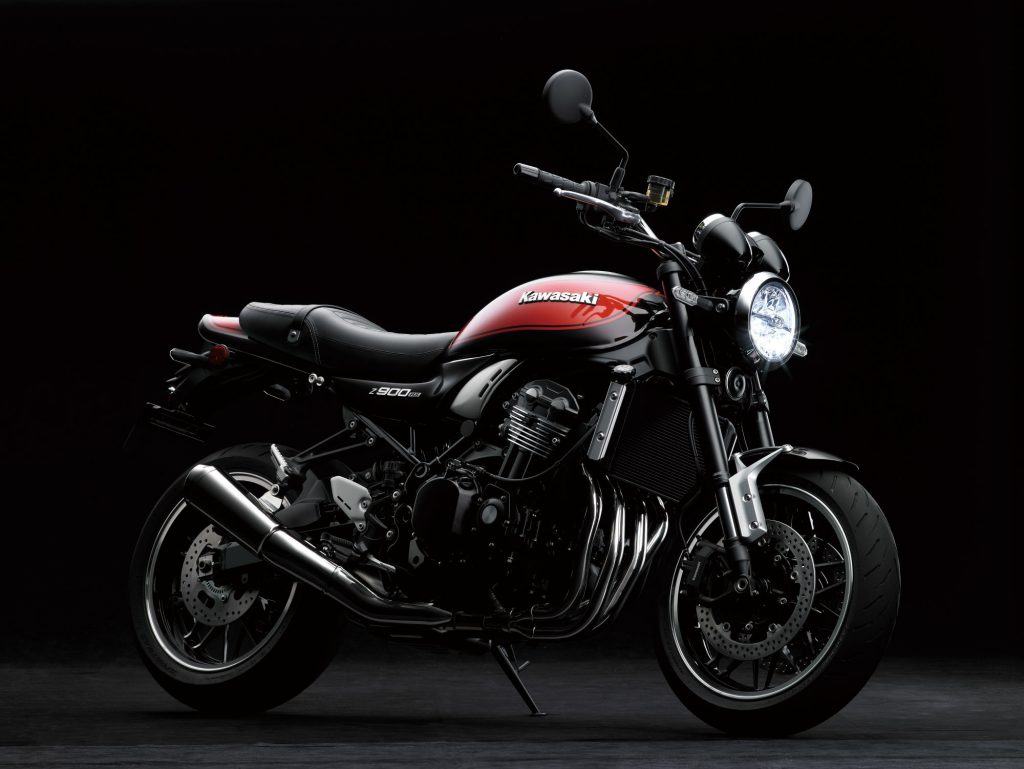 This baby is all about retro looks, matched to the modern, but slightly tweaked 948cc DOHC inline-four that produces 111hp and 72.5Nm of torque. The bodywork is typically classic with a lovely fuel tank to boot. It sports radial-mounted brake calipers with ABS and two-mode switchable traction control. The instrument cluster incorporates analogue clocks with a small LCD screen in the middle while a single-padded seat gives it a classic persona. Up-side-down forks and rear mono shocks will be part of the package as well. Colour options include: Candytone Orange, Flat Ebony, Candytone Brown, Metallic Spark Black and Metallic Matte Covert Green. 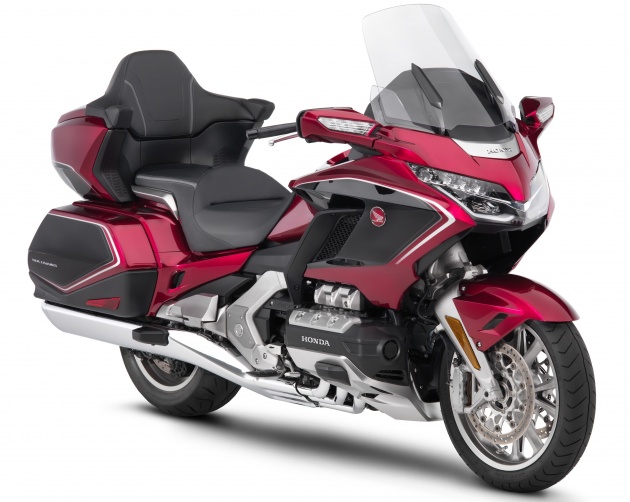 The new Goldwing for 2018 has received a lot of modern updates, including the fairing, which is said to have been improved to aid aerodynamics. Features include an electrically-adjustable windscreen, an LED lighting system, and an analogue-cum-digital instrument cluster. It also gets heated grips and seats, a 7.0-inch TFT screen with Apple CarPlay. Nestled in the gigantic frame is an 1800cc, horizontally-opposed six-cylinder engine, synced to either a 6-speed manual or a 7-speed DCT gearbox. It also features Hill Start Assist, Cruise Control, ride-by-wire with Tour, Sport, Economy and Rain riding modes among a host of other features. At the rear, you will get a Pro-Link Showa monoshock, while double-wishbones do duty up-front. Both suspension are electronically controlled.

Folks in wheelchairs can look forward to mobility, as Toyota seems to have showcased through one of its “i-Series” concepts – the Concept-i Ride. It’s a tiny car that features gull-wing doors, and a sliding electric seat that slides outwards, allowing wheelchair users easy ingress. Just like in Renault’s Twizy, the driver sits in the front while the second passenger sits behind. It also features autonomous parking, which should have the driver at ease when looking out for a parking space. No pedals at all; just two joysticks placed on either sides of the armrest. A feature called ‘AI Agent’ appears on the display incorporated on the instrument panel. 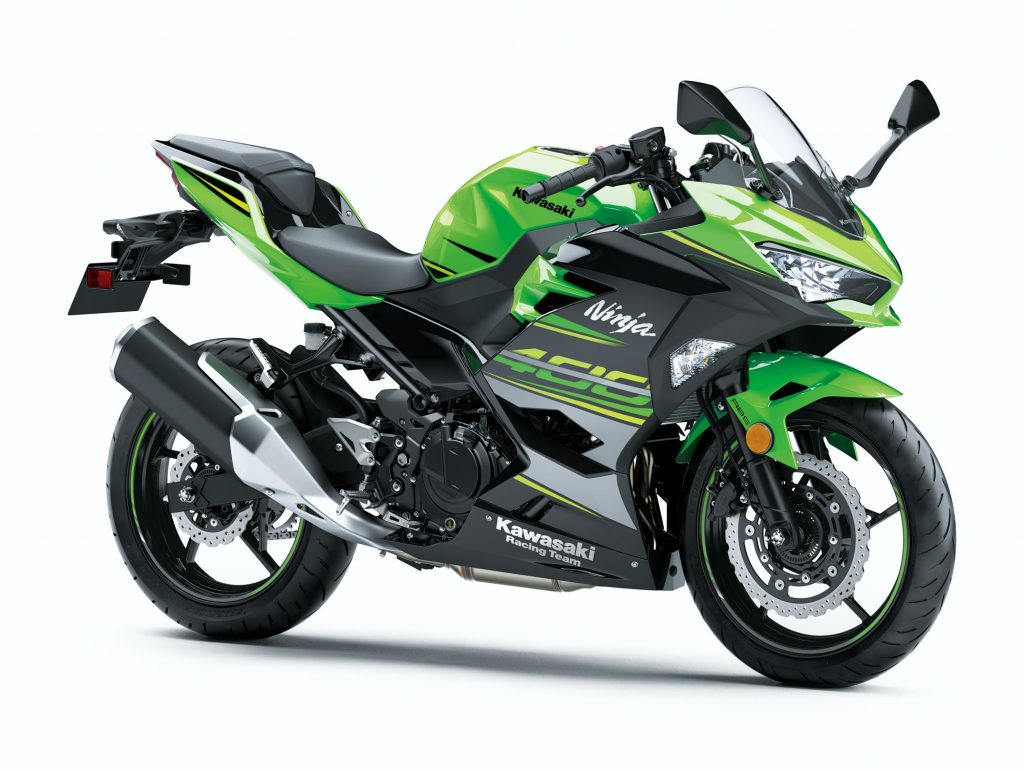 One look at the Ninja 400 – and hints of the bigger, meaner H2 come to mind. The twin LED headlamps improve illumination, while the analogue-cum-digital instrument cluster is the exact one seen on the Ninja 650. An all-new, 399cc in-line twin with liquid cooling and fuel injection, produces 45PS of power and 38Nm of torque, with power being sent via a 6-speed gearbox with assist and slipper clutch. Up-front, you will find telescopic forks while a bottom-Link Uni-Trak rear monoshock with adjustable preload carries all the weight. It gets 17-inch alloy wheels and petal disc brakes at the front and rear.

The e-Evolution is Mitsubishi’s all-electric, high-performance SUV that the manufacturer says showcases level-4 autonomous driving technology. Its SUV-coupe profile is evident from the overall silhouette. A black grille is covered by a layer of glass, plus angular design elements are full and plenty, hinting at the “Dynamic Shield” design philosophy. The cabin is aimed at giving the customer a jet-fighter cockpit feeling, with a 360-degree view and no obstruction. The entire dashboard boasts of large screen, with smaller screens on either corners, synced to front and rear cameras. In order to help aid low centre-to-gravity, the battery is positioned on the floor of the car, between two axels. A single motor is said to send power to the front wheels, coupled with a new Dual Motor Active Yaw Control system – synced to two rear motors via an electronically-controlled, torque-vectoring unit, making it a proper four-wheel-drive set-up. An on-board, AI system monitors road conditions and the intent of the driver. 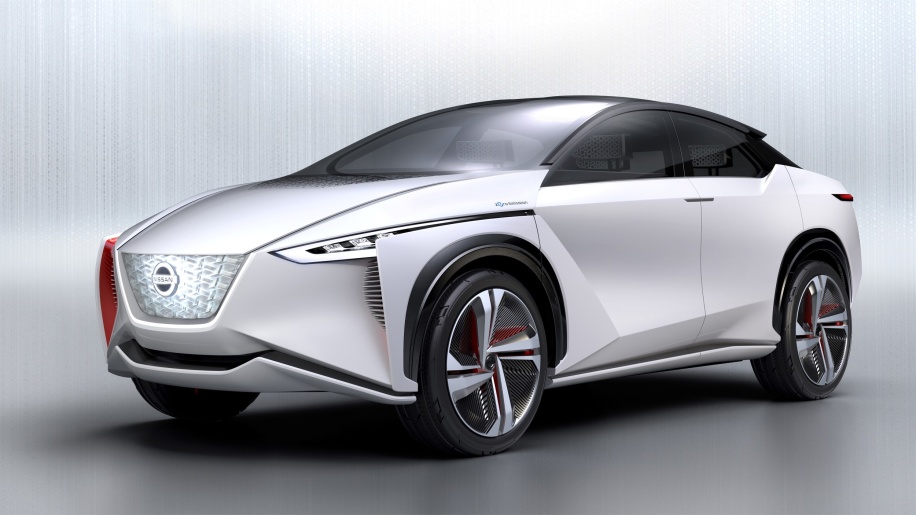 Nissan’s IMx Concept showcases a new platform for future electric mobility from their end. Two high-powered electric motors at the front and rear produce 320kW of power and 700Nm of torque. ProPILOT autonomous operation makes its debut on this particular concept, which allows the steering to tuck itself away into the dashboard. Reclinable seats allow for more room, for the driver and passengers. The IMx can also park itself, right next to a charging port, while it can also pick up and drop people home. Daniele Schillaci, Executive Vice President of global marketing and sales said: “The IMx zero-emission crossover concept vehicle embodies the future of Nissan Intelligent Mobility.” 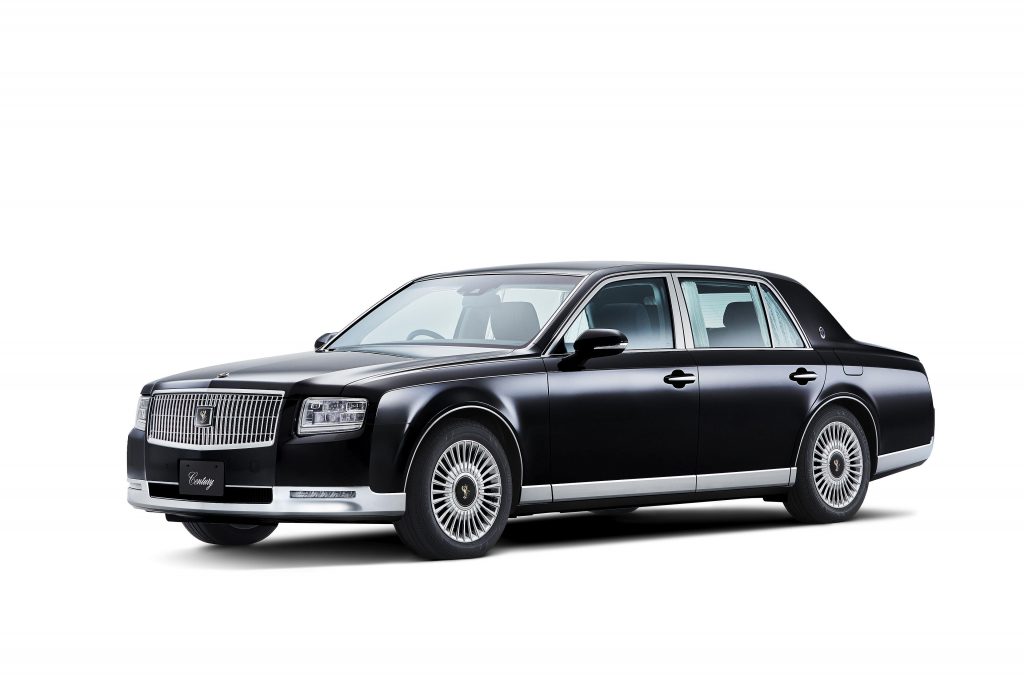 Toyota makes luxo limos too, it appears. The Century is now unveiled in its third-generation avatar. The designers seemed to have played around with the styling cues, with modernistic elements like the three-projector headlamps, the three-dimensional tail lamp lenses and of course, the sensors for the Toyota Safety Sense package. Features include powered articulating and massaging rear seats, a 20-speaker premium audio system, wool upholstery, a multi-operational LCD panel positioned in the central armrest and a host of other gizmos. Under the bonnet sits a 5.0-litre V8 combined with an electric motor. 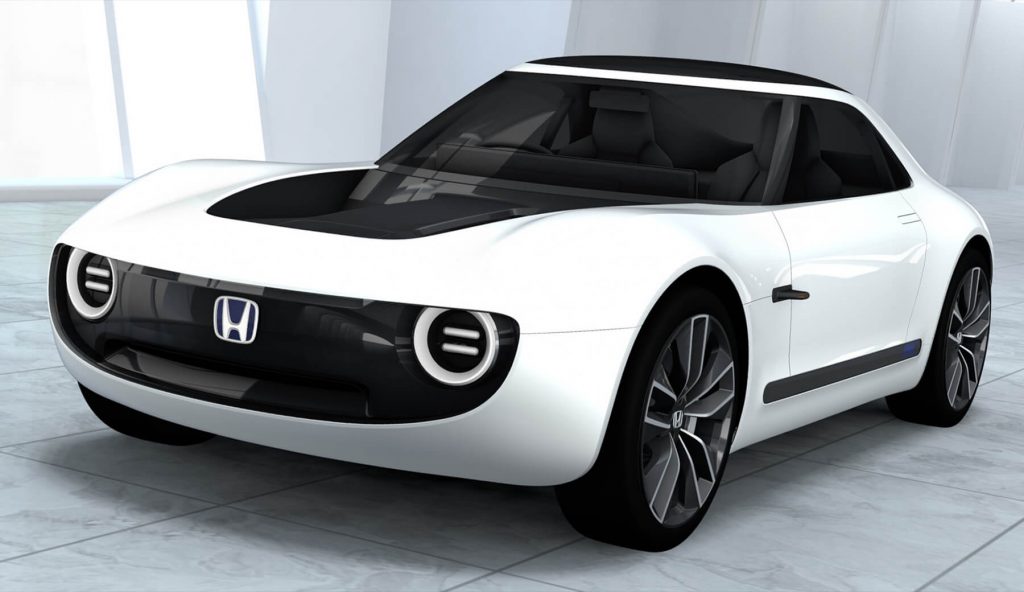 While the Urban EV Concept was more about mobility for the masses, the Sports EV pursuits driving pleasure.The Honda logo at the front is back-lit by a blue background. There are also interactive messages displayed on a digital screen in place of the radiator grille, as seen on the Urban EV too. The smoothly curved front bumper gives it rather ‘soft’ appeal. You’ll find the charging port on the bonnet. The roof is made of glass, the wrap-around windshield is the stuff of concepts, while the wheel arches are huge and are raised gently. The cube-shaped tail lamps look like the ones on the Urban EV Concept too and have a certain retro air about them. The Sports EV is based on the same platform as the Urban EV. This coupe features Honda Automated Assistant concierge, which uses the company’s AI technology. Honda, however, doesn’t have plans of taking this one to production, unfortunately. 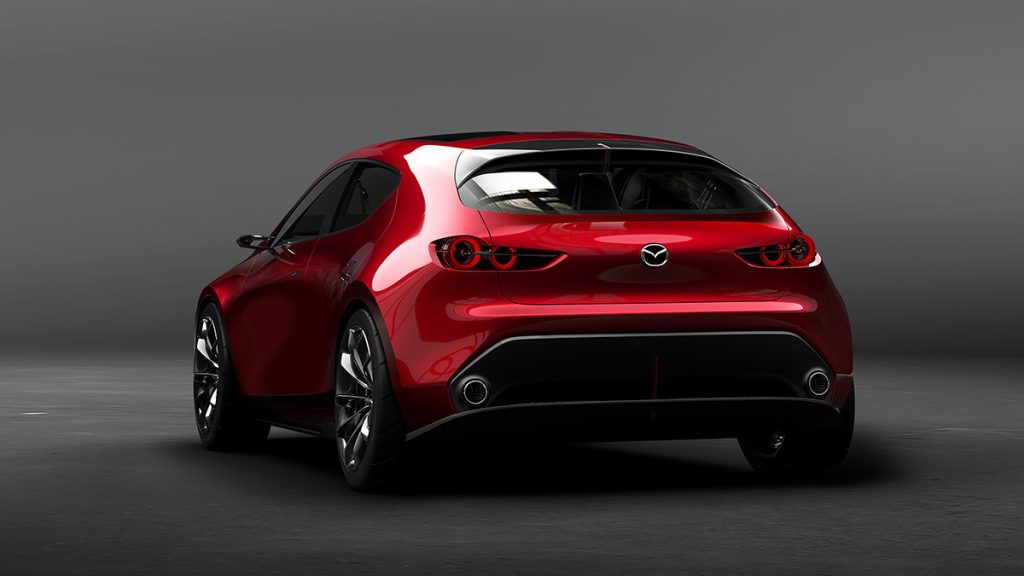 Mazda’s Kai is perhaps the nicest looking hatchback we’ve ever seen. Smooth surfaces, curvaceous panels and edgy lines give it a lovable persona, and is based on the KODO design philosophy. Sleek headlamps and tail lamps, swollen wheels arches – all make it a treat to behold. On the inside, there’s a huge display on the dashboard, with a clean and uncluttered look, with a simplistic analogue instrument cluster. The 20-inch wheels and low profile tyres further enhance its appeal on the outside. Under the bonnet sits the next-generation SKYACTIV-X petrol engine, which is said to initiate compression ignition. The motor promises to be more responsive and torquey as well.