Volkswagen has taken the wraps off the all-new Polo that is set to make its public debut at the upcoming Frankfurt Motor Show. Based on VW’s MQB A0 platform, the new car is now significantly larger.

The new design boasts of stronger character lines, refreshing elements, 17-inch alloy wheels, a spoiler atop the tailgate, LED tail lamps and a honeycomb grille insert – some of which will be found on the GTi. Sold in six trims, it will cater to a large audience, three of which are: Trendline, Comfortline and Highline.

Thanks to larger dimensions, the new Polo is now more spacious with increased headroom and legroom, while boot capacity has gone up too, to 351 litres. The cabin is all-new: a chiselled dashboard, a flat-bottom steering, VW’s Active Info Display that incorporates digital instruments with a host of connectivity functions that include a wireless smartphone charging pad, and keyless access. 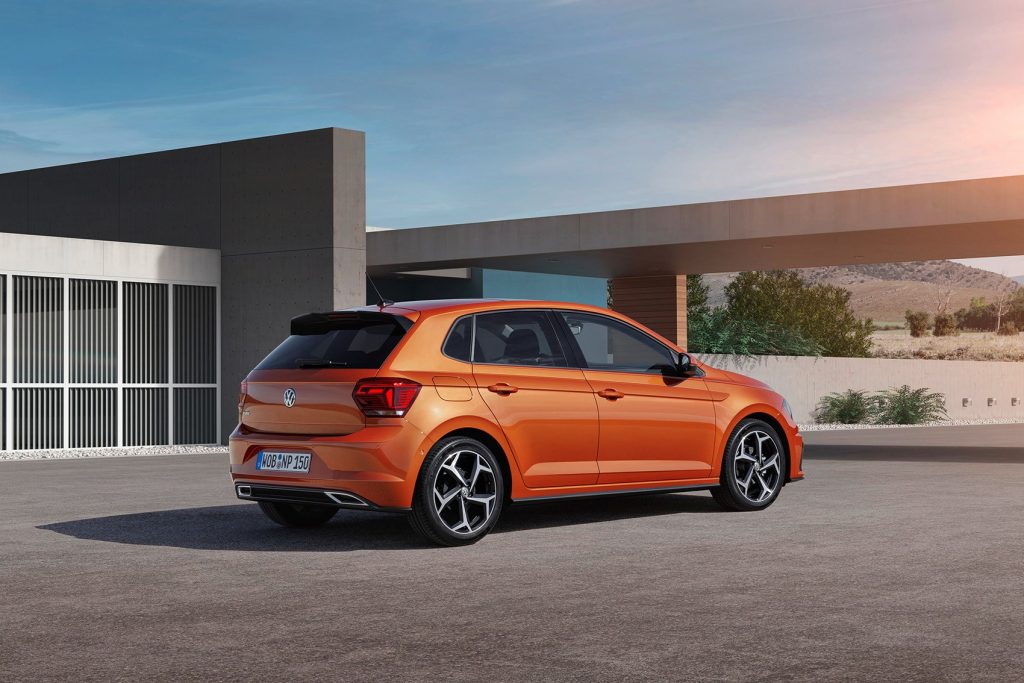 Under the bonnet, the new Polo will be offered with a choice of four petrol engines and a diesel engine in different states of tune. A 1.0-litre, 3-cylinder multi-point injected mill will be available in two states of tune: 75hp and 65hp. Then there is also a turbo-charged 1.0-litre that puts out 95hp or 115hp, depending on the state of tune you’ve opted for. Also, a newly developed 150hp, 1.5TSI turbo petrol unit will be sold alongside and a 1.6-litre, 4-cylinder diesel motor with 81hp/96hp; however, don’t expect the Indian market to get most of these engines.

The hardcore GTi variant gets an all-new 200hp, 2.0-litre 4-cylinder turbo petrol. Gearbox options include a 5 speed or a 6-speed manual, while a 7-speed dual-clutch will be offered too. All models will be front-wheel-drive. A start/stop function will come as standard, along with brake energy recuperation.

While sales for the car will begin overseas by the end of the year, we’re yet to know more about its foray here in India. Let’s keep our fingers crossed.