From midnight the duel between Porsche and Toyota for the 24 hour Le Mans race win had intensified but no-one would have expected such an ending. Before the final lap, Toyota seemed to be coming out on top but then their prototype stopped on track. One lap later it was the number 2 Porsche 919 Hybrid of Romain Dumas (FR), Neel Jani (CH) and Marc Lieb (DE) that took the chequered flag first in front of some of the 263,000 spectators that attended the event. It was the same trio that had achieved the maiden win for the 662 kW (900 PS) prototype in 2014 in Brazil.

The success is the 18th overall victory for Porsche at the world’s hardest car race. One of the most eligible trophies on the globe will be homed for the second consecutive year at Porsche’s headquarters because the company came as record holder and title defender. In 2015 drivers Earl Bamber (NZ), Nico Hülkenberg (DE) and Nick Tandy (GB) won with a Porsche 919 Hybrid. The first ever overall Le Mans victory for Porsche dates back to June 14th, 1970 and was achieved by Hans Herrmann and Richard Attwood in a 917 KH Coupé.

The second Porsche 919 Hybrid with car number 1, shared by reigning endurance world champions Timo Bernhard (DE), Brendon Hartley (NZ) and Mark Webber (AU), had a long stop for repairs at night, fought back and finished 13th overall. In the LMP1 class it came fifth. Porsche was rewarded in Le Mans with a total of 71 points for the manufacturers’ standings of the FIA World Endurance Championship (WEC). For the Le Mans 24-Hours twice as many points are awarded as for the other eight six-hours races of the championship. Porsche leads the manufacturers’ standings with 127 points ahead of Audi (95) and Toyota (79). In the drivers’ standings, Dumas, Jani and Lieb have now 94 points in total and lead by 39 points. 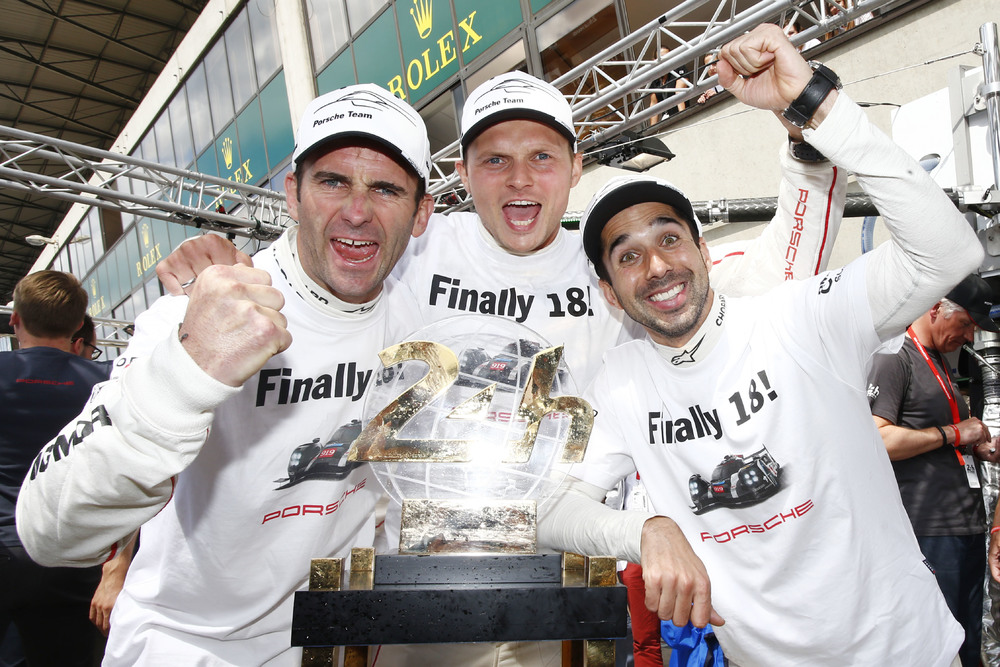