Bajaj has finally launched the bike we’ve seen testing under camouflage – and they’re calling it the Dominar 400. Prices start at Rs 1.36 lakh for the non-ABS variant.

The butch styling is quite unlike anything on the market; it gets an aggressive headlamp with a full LED unit, a two-part instrument cluster: a fully digital one on the handlebars and the other on the tank. The digital instruments consist of a fuel guage, speedometer, trip meters, a tachometer and an odometer. It also sports some rather nice switchgear.

The bike boasts of a beam-type perimeter frame, an adjustable monoshock at the rear and a pair of telescopic forks up-front. It features dual-channel ABS on the ABS variant, 17-inch front and rear wheels shod with MRF Revz C1 tyres. A kerb weight of 182kgs makes this a rather hefty motorcycle.

Nestled neatly in the frame is the same 373cc, liquid-cooled, fuel-injected, single-cylinder motor found on the Duke 390, that is synced to a 6-speed transmission which also gets a slipper-clutch as standard. Since this one is more of a cruiser, Bajaj have tuned to bike to deliver slighter lesser power than the Duke 390, now producing 35hp and 35Nm of torque. The 0-100 sprint is achieved in 8.23 seconds, with a top speed of 148kph. 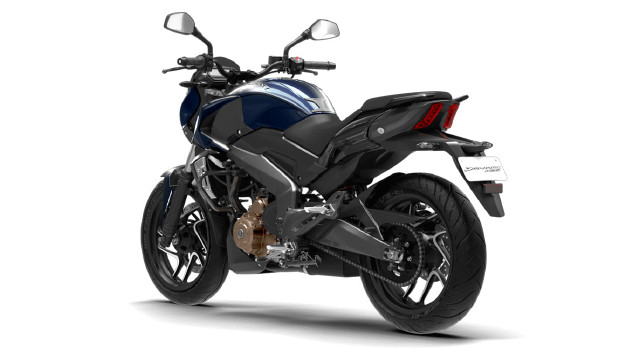 At Rs 9000, you can now book yourself one, with deliveries set to begin from next month.