The long-awaited sub-4-metre SUV from Maruti Suzuki has been unveiled at the Delhi Auto Expo 2016, and it certainly looks like it has a lot going for it. Maruti Suzuki says that 98% of localisation has been made possible with the Brezza.

With the stance of an SUV, it manages to pull of a relatively rugged look. Up-front, it gets a properly imposing grille that gets a massive, brushed-aluminium slat, along with fog lamps and a faux skid-plate too. The rather simplistic design of the headlamps is very likable, and incorporates projector beam units with LED daytime running lamps. You will also notice the slab-like bonnet and blacked-out door pillars.

Under the bonnet lies the popular 89bhp, 1.3-litre diesel motor from some of Maruti’s other offerings, linked to 5-speed manual gearboxes. Six variants will be offered, out of which the base model gets power mirrors, tilt steering, engine immobilizer, front power windows, power steering, an audio system with bluetooth, folding rear seats etc, with higher models getting ABS, EBD and features like parking sensors. The top-end model, on the other hand, is brimming with the lot: power-folding mirrors, dual-tone exterior paint, cruise controle, a Maruti SmartPlay infotainment system with Apple CarPlay, navigation and reverse parking camera display, automatic headlamps and rain-sensing wipers among other goodies.

Maruti Suzuki clearly has its sight set on its rivals – a segment where sales numbers are going through the roof. And given Maruti’s expansive network, we’re fully confident that this one will be yet another top-seller. 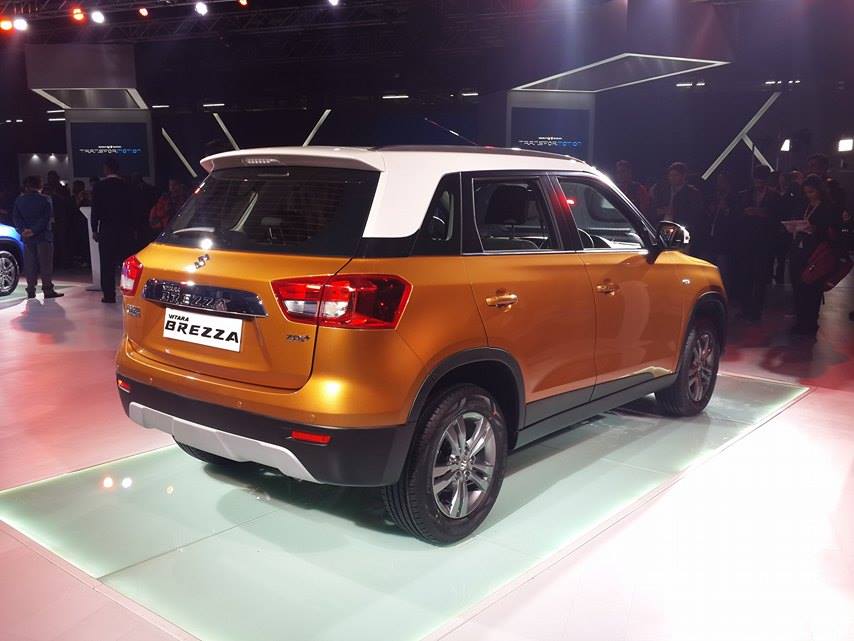