Aston Martin has pulled the wraps off their close-to-production prototype hypercar – the Valkyrie, formerly known in concept form as the AM-RB 001 – a car jointly planned by Aston Martin and Red Bull Racing.

The Valkyrie makes other hypercars look a bit timid. The large openings between the cockpit and front wheels; a roof scoop integrated in the rear shark-fin-like design element, along with the headlamp clusters and the whole rear have seen change, compared to the concept. Miles Nurnberger – Creative Director for Exterior Design – believes the design isn’t complete yet, but 95% is through, with the remaining tweaks left over for improving upon downforce. The badge, they say, is made from chemical-cut aluminium, which is said to be lighter than the usual enamel material. 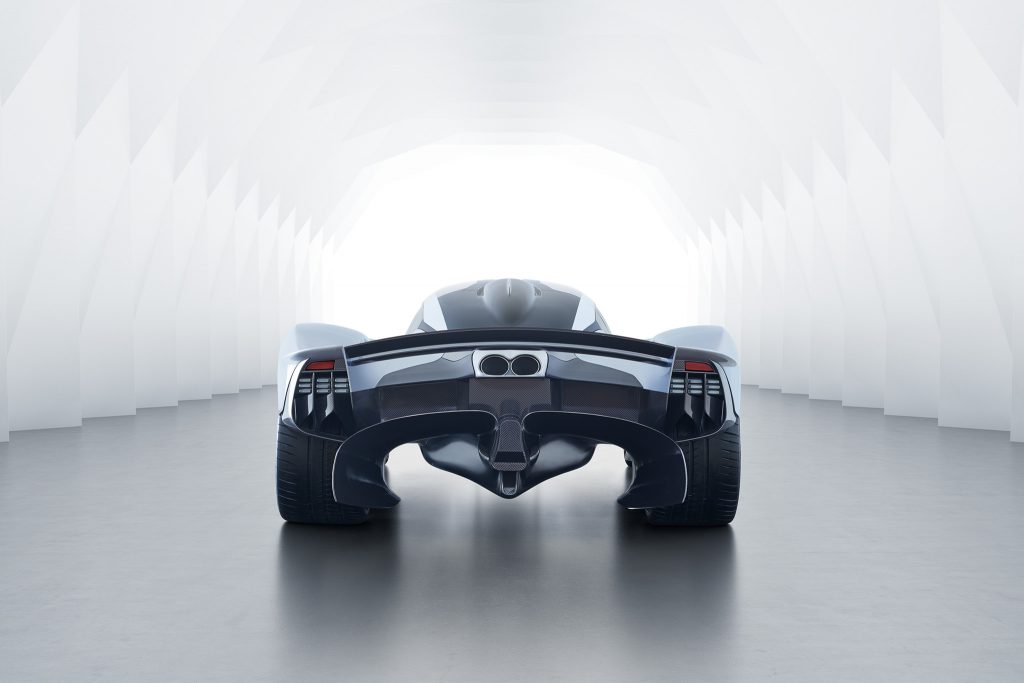 The cockpit is gorgeous, in the most simplest manner possible. You sit on seats that are one with the carbon tub, with your feet up a little higher, like in an F1 car. A four-point harness will come as standard for customers, while a six-point one will come as an option. You will see no additional buttons on the dashboard; nothing too complex; just the steering with mounted controls – again, like in an F1 car, including a small screen. Cameras have been installed into the rear for viewing what’s behind you, since a rear window is absent.

Yes, you read it right. No turbo whistles on this one. Just a 6.5-litre V12, mated to a 7-speed paddle-shift transmission manufactured by Ricardo Engineering. The gorgeous carbon-fibre tub you see is from Multimatic – veterans in producing lightweight composite structures. But in the end, we’ll have to hand it to the guy behind all of this: Adrian Newey, Red Bull Racing’s Chief Technical Officer, who plays a massive role in the making of the Valkyrie and the design of its suspension system and gearbox. Aston also hints at a 1:1 power-to-weight ratio, and says it will be a sub-1000kg car. Race brake specialist Alcon and Surface Transforms will be making sure that with all that firepower, stopping power is beyond belief, while a twelve-into-one exhaust system is said to make the Valkyrie a joy to hear. 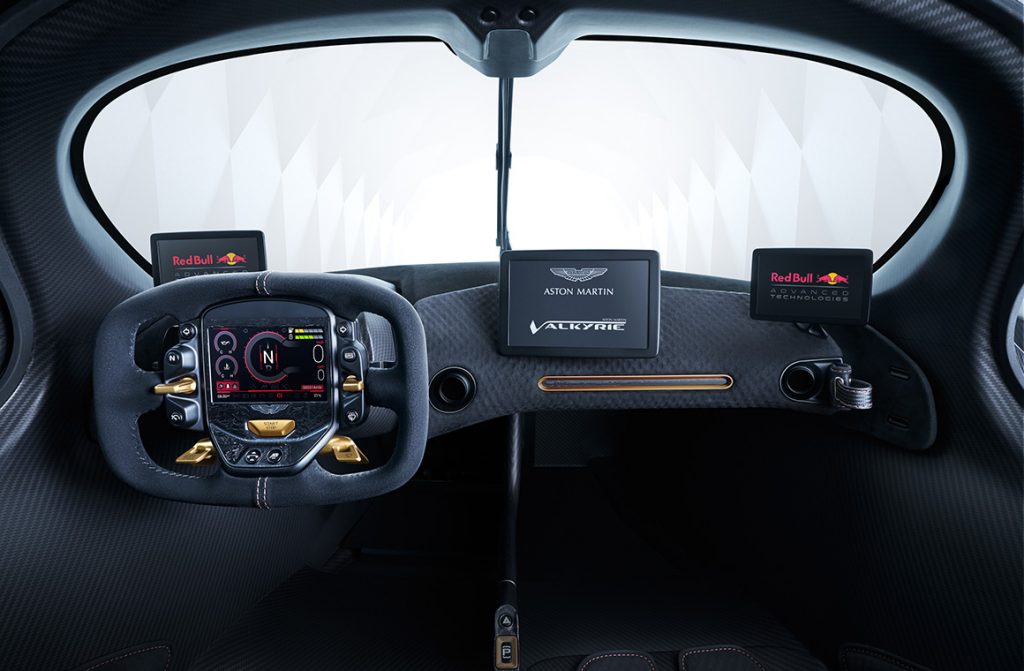 The project is being lead by a passionate bunch

Aston’s boss, Andy Palmer said: “As the project gathers pace its clear the end result will be a truly history-making hypercar that sets incredible new benchmarks for packaging, efficiency and performance and an achievement that elevates Aston Martin to the very highest level.”

Matt Hill, Creative Director of interiors said: ” It’s been a tremendous challenge to make the interior packaging work. We’ve embraced Red Bull Racing’s Formula One ethos and approached from a different angle than conventional road car design. In this instance, we’ve started from a position where you think something is impossible and work at it until you find a way to make it work. We’ve been fighting for millimeters everywhere, but the battle has been worth it, as it’s been fantastic seeing customers try the interior buck for size. They love the ritual of getting in and how it feels to be sat behind the wheel. They’re also genuinely surprised at how the car just seems to swallow them. You really do have to sit in it to believe there is genuine space for two large adults.” 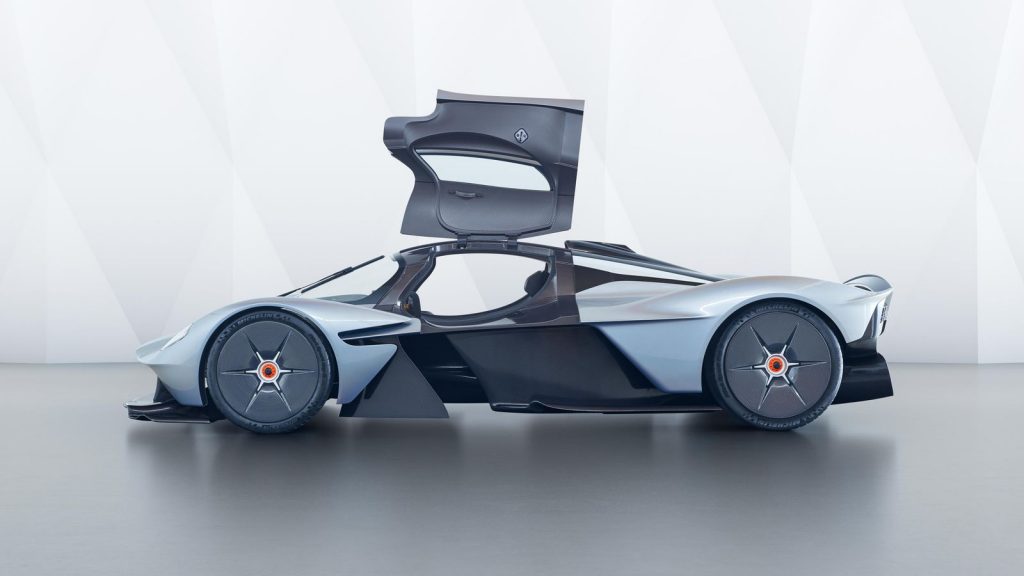 Only 175 cars will be made at Aston’s Gaydon production facility, out of which 25 track-only models will be manufactured. However, you’ll have until 2019 to take delivery of one – if you’re one of those lucky few billionaires, that is…