Aston Martin have taken the wraps off their newest beast – the all-new Vantage, which is said to be the brand’s second launch for the second-century plan, which will have seven new cars made and introduced over seven years.

There’s something rather simple about the character lines on the new Vantage, but the functional and aggressively styled grille up-front has another story to tell. It’s unlike any Aston you will have seen before. Cut-outs behind the front wheels helps reduce pressure on the front tyres to cut drag. At the rear, a downforce-generating diffuser is again a new feature seen for the first time on an Aston. It also gets a distinctively styled raised ‘boot wing’. Some of the Vulcan can be seen on the car as well. 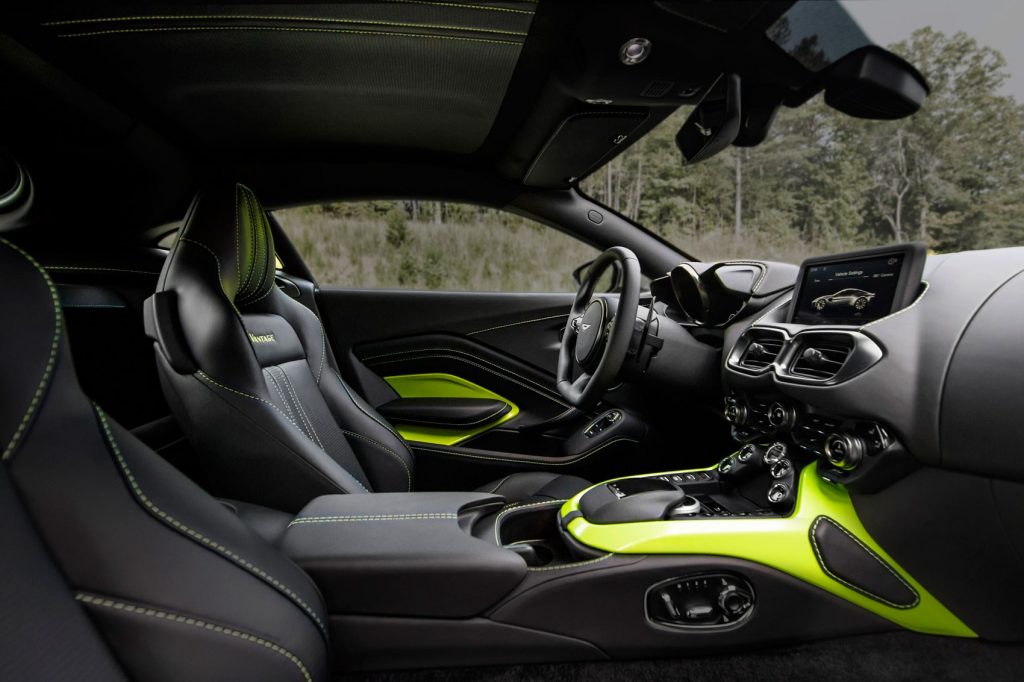 The new Vantage is powered by an AMG-sourced 4.0-litre, twin-turbo V8 also found in the DB11 and produces 510hp and 685Nm of torque. Aston claims a 0-100kph time of 3.6 seconds, with power being sent to the rear wheels through a rear-mounted ZF 8-speed automatic gearbox. It also sports a limited-slip differential with dynamic stability control and dynamic torque vectoring modes. It also get a new E-Diff.

The bonded aluminium structure is shared with the DB11, while 70% of the underpinning’s components are new. Up-front, the Vantage gets double-wishbones and a multi-link suspension setup at the rear. The sub-frame is mounted to the car, which should help improve handling. Adaptive damping is also on offer with three modes: Sport, Sport Plus and Track. 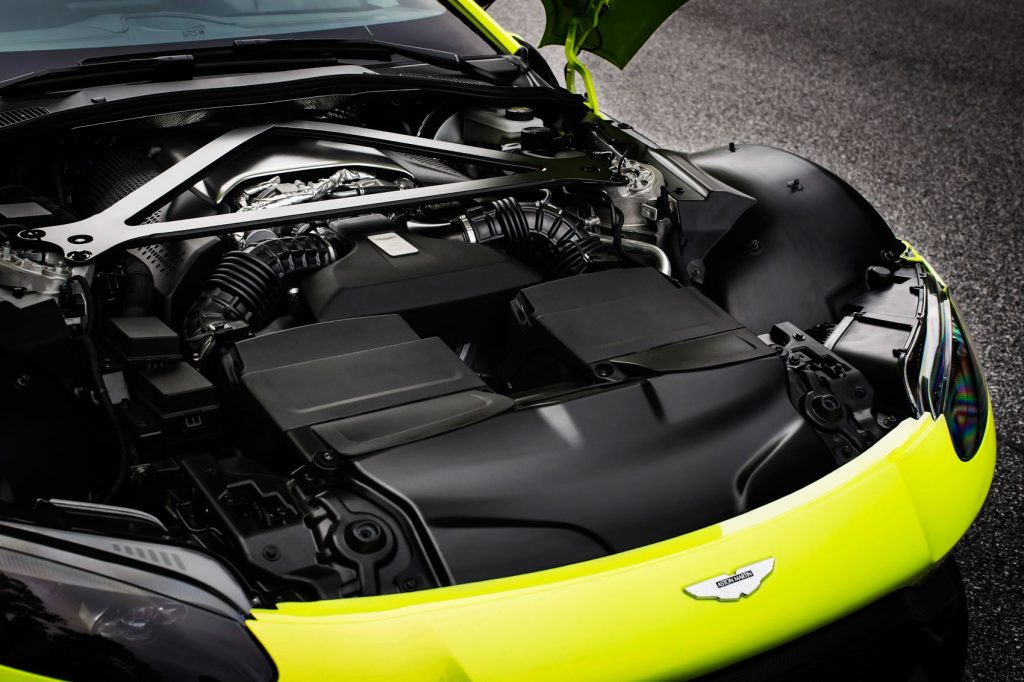 Specially-developed Pirelli P Zero tyres are wraped around 20-inch wheels; however, carbon-ceramic brakes will only come as an option. A 350-litre boot should also add to the practicality of the car.

The cockpit is properly driver-centric, with lots of leather and Alcantara, rotary and toggle controls, with most of them found in clusters for different systems. It also gets an 8.0-inch LED screen with smart phone integration as standard. Carbon-fibre trim for the cabin and exhausts is an option. 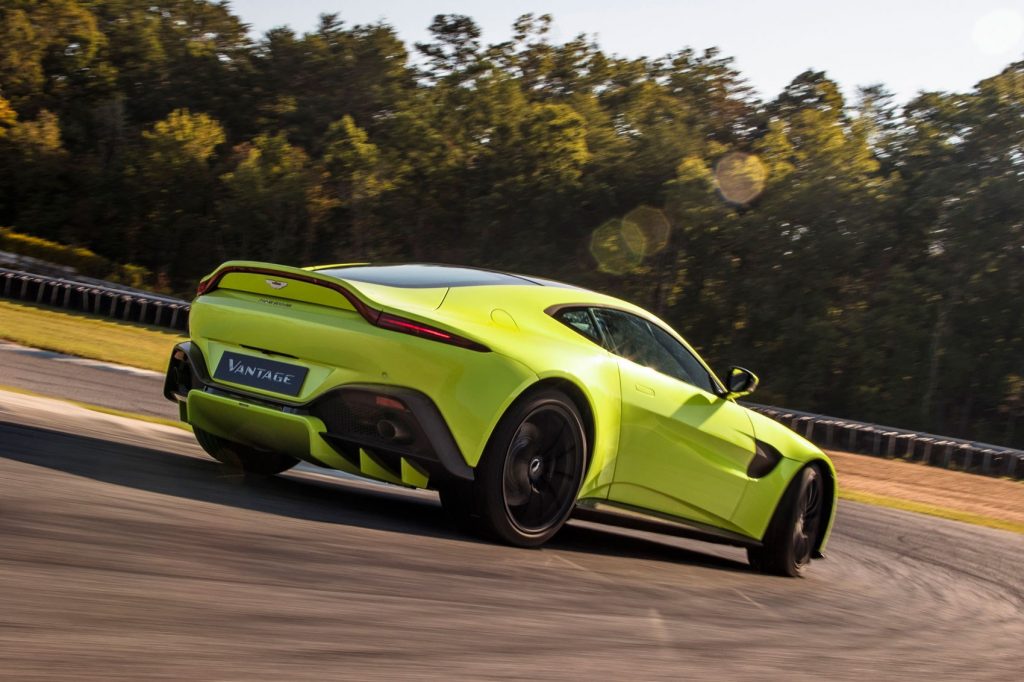 Sam Holgate, designer of the car said: “With the special projects, we can push our DNA a lot further than we originally thought, and that’s given us the confidence to not be so precious about features on the production cars. When you do that, it can snowball into something that’s quite special – but still an Aston Martin.”

Expect an Indian launch sometime towards the end of 2018.