Audi has revealed its larger, lech-laden A8 flagship luxury sedan and will be launched in India by late 2018.

On the outside, the A8 shares a few of the Prologue Concept’s cues. There are tighter lines, a larger grille, an all-new tail lamp design running the length of the boot. The new A8 is available in standard and long-wheelbase versions, of which only the latter will make it to India. The frame is a combination of aluminium, steel, magnesium and carbon-fibre.

In the cabin, the dashboard gets a no-nonsense design approach that is also elegant and solid. Its steering is all-new multi-function steering and touchscreen controls that look identical to the ones on the Prologue Concept. Also seen is a high-definition instrument graphic layout, an updated MMI interface system with two separate displays: a 10.1-inch unit and 8.6-inch one. There are also new front seats that happen to be lighter than the ones on the old car.

Powering the new A8 will be a choice of two turbocharged V6 engines: a 340hp 3.0-litre petrol and a 264hp 3.0-litre diesel. Mated to both engines is an 8-speed automatic transmission and an optional sports differential that comes with quattro four-wheel drive. Extended start-stop operation, kinetic energy recuperation under braking and engine off-coasting are among some of the mild hybrid functions.

All-new aluminium intensive suspension, with double wishbones up-front and a five-link set-up at the rear underpin the new A8. While air suspension is standard, new active suspension can opted for. On certain variants, it will also boast of all-wheel-steering, also seen on the 7-Series.

A new feature called Traffic Jam Pilot is responsible for starting, accelerating, steering and braking functions. This system also plays an important part in driving slow in traffic up to speeds of 50kph. Cameras, radar, and ultra sonic sensors contribute as well, while a laser-scanner makes its debut on a production car for the first time. 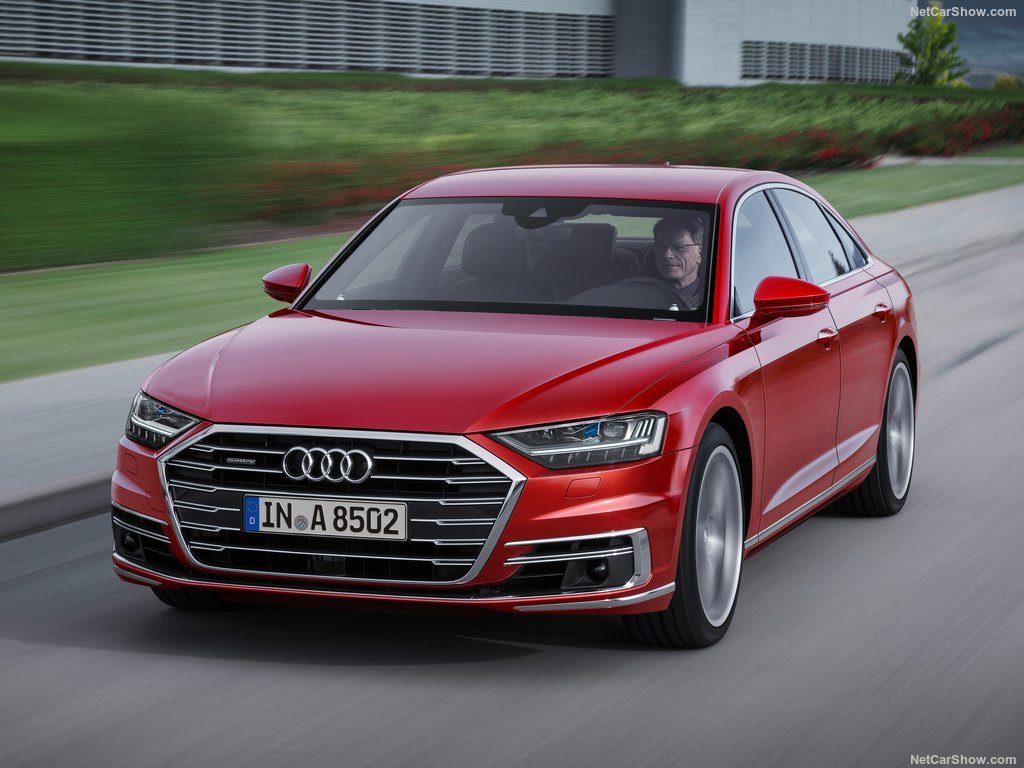 So there you have it – an extensively re-designed and engineered car that is all set to take on the likes of BMW’s 7-series and Merc’s S-Class.