Porsche presents the new generation 911 Turbo S featuring unprecedented power, driving dynamics and comfort. Available in Coupé and Cabriolet form, the latest version of the two-door sports car delivers 650 hp (478 kW). A new 3.8-litre boxer engine with two VTG turbochargers is the beating heart of the car and delivers 70 hp (51 kW) more than its predecessor. The maximum torque now reaches 800 Nm (an increase of 50 Nm). The Turbo-specific eight-speed Porsche Doppelkupplung (PDK) cuts the sprint from zero to 100 km/h to 2.7 seconds (a decrease of 0.2 seconds), while the top speed is unchanged at 330 km/h.

The body is now 45 mm wider above the front axle at a total width of 1,840 mm and 20mm wider above the rear axle, bringing the overall width here to 1,900 mm. Modified track widths, further developed aerodynamics, and the new mixed-size tyres contribute to its agility and sportiness. The adaptive aerodynamics now include controlled cooling air flaps at the front and a larger rear wing designed to produce even more downforce. For the first time, the 911 Turbo S transfers its power to the road with tyres in two different sizes: 20-inch tyres at the front and 21-inch tyres at the rear. 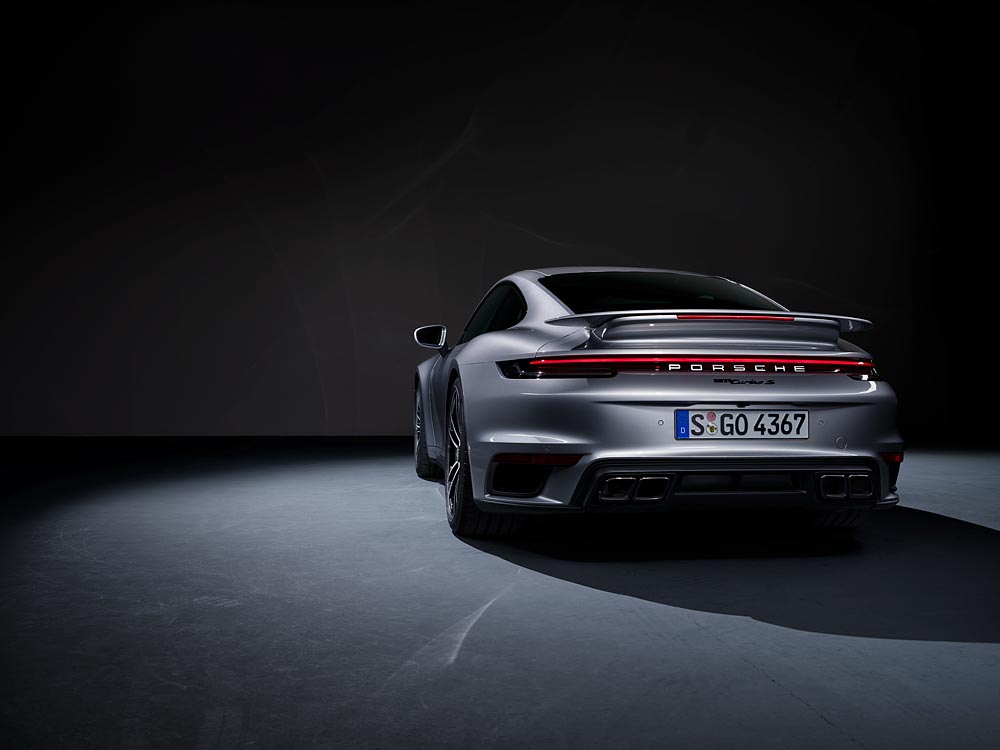 The leap in performance of this new generation is particularly noticeable in the model’s sprint from zero to 200 km/h. At 8.9 seconds, the new 911 Turbo S is one second quicker than its predecessor. Thanks to the enhanced Porsche Traction Management (PTM) all-wheel drive, significantly more torque can be transferred, with up to 500 Nm being transmitted to the front wheels. As part of the new standard PASM chassis, faster and more precisely controlled dampers provide significant advantages to the driving dynamics with respect to roll stability, road holding, steering behaviour and cornering speeds. 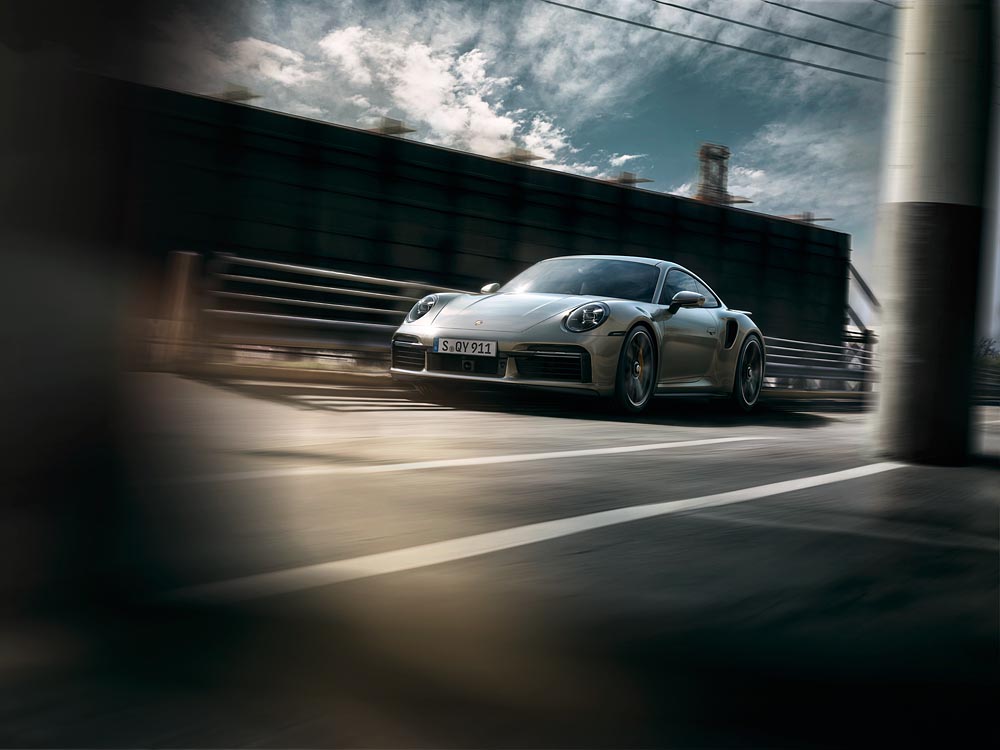 The new front end, with its wider air intakes, has a characteristic Turbo-look and includes dual front light modules as well as standard LED matrix headlights with dark inserts. A redesigned, pneumatically extendable front spoiler and larger rear wing deliver 15 per cent more downforce. The sleek body of the 911 Turbo S is emphasised by its muscular rear wing sections with integrated air intakes. This new look of the rear is completed by rectangular tailpipes in high-gloss Black.

The model’s interior has a high-quality and sporty finish. A full leather interior and carbon trim combined with Light Silver accents are included in the standard equipment list. The 18-way adjustable sports seats feature stitching that pays homage to the first 911 Turbo (type 930). High-quality graphic elements and logos in the instrument cluster complete the characteristic Turbo S features. Drivers can operate the 10.9-inch centre screen of the PCM quickly and without distraction owing to its new layout. Other standard features include the GT sports steering wheel, the Sport Chrono package with the newly integrated Porsche Track Precision app and BOSE® Surround Sound system.