Life Inside The Roll Cages

” The closer you are to death, the more alive you feel”

I’d like to dedicate this drive to my girlfriend. She always fights with me saying, that I don’t pay enough attention to her once I get the keys of a car. And this happens more often than you’ll imagine. She warned me not to talk about cars till she falls asleep. However, she is the only one who supports me in pursuing my passion for cars and racing. A week later, I got an invitation to drive a rally-prepped Polo TDI. If you’re in doubt, then yes, I am a petrolhead and everyone reading this must be one, too. Perhaps the TDI models were the only ones available at the driver selection round, which happened at the Kari Motor Sports Speed Way, Coimbatore. 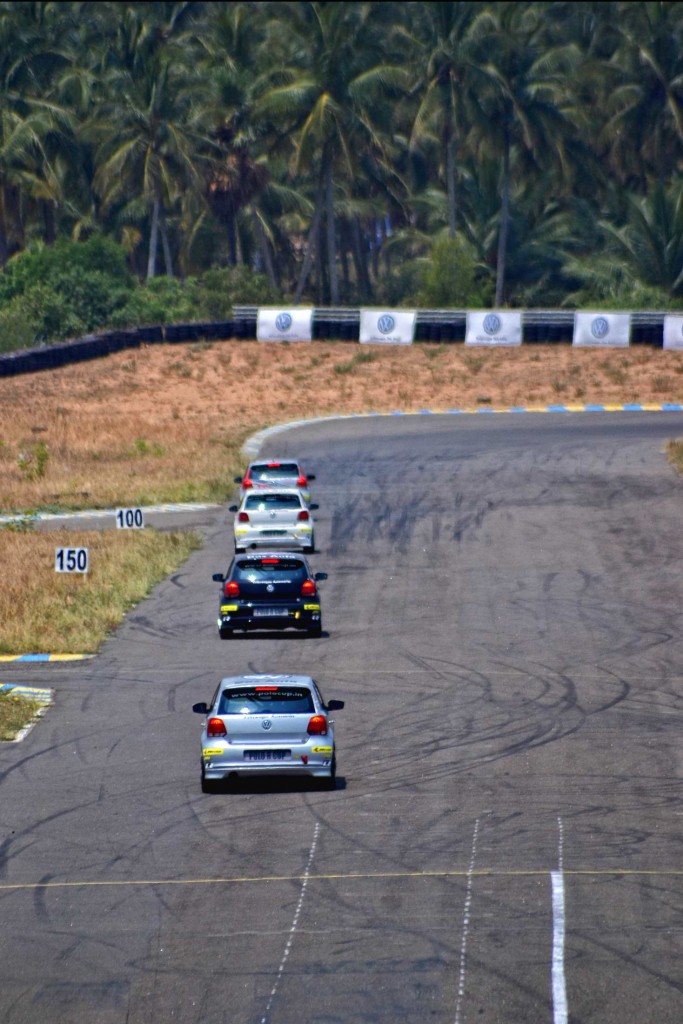 You use a helmet when you ride a bike, which is quite natural. But how often do you use a helmet while driving a car? Never-ever, right? If you use one while driving a car, then it most certainly isn’t your everyday means of motoring, like the rally Polo TDI we have for the test. The feel of driving a car with a helmet on is something special. Sometimes, when you wear those race suits and get inside a car, you feel like you’re gonna make it to the moon. What’s a race Polo like, then? The exteriors get a heavy dose of sponsored stickering, from varied brands. We get enough attention from the exterior, and once you peep inside, you’ve got just one seat which looks particularly hot and sporty. Then, you will notice those thick roll cages while getting in, as they tend to graze you a bit. You need to be flexible and fit if you are into racing. The roll cages were a huge hinderance. Think of a car, and the first thing anyone would want to know, is what throbs beneath the hood. The new Polo GT may be a bit quicker than the regular car, but these Polo TDIs are very quick and torquey. 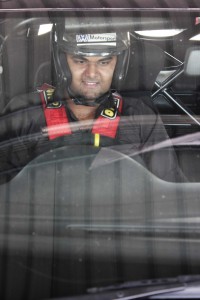 That glee on your face when you are about to drive the Polo on track.

“I have never driven such a monstrous diesel Polo. Those 130 horses under the hood, with 250 Nm of torque, I hit 160kmph on the straight stretch. That’s not remarkable by any margin, but the Polo did this with a smile and was ready to push herself even further. “

Before we get into the car, the Polo Cup – for those who may not have heard, is the first-of-its-kind motorsport championship in the country that aims to give young drivers the opportunity to build up a career in motorsport. The Polo Cup allows its drivers have to pay just a fraction to participate in the championship. However, the rules state that the driver is liable to pay for any damage to the car in the race weekend. This helps keep the drivers away from indulging in any over-enthusiastic tactics during the race to gain position. Each car is tuned by Volkswagen, aiming for the Podium on the skill of the driver alone. 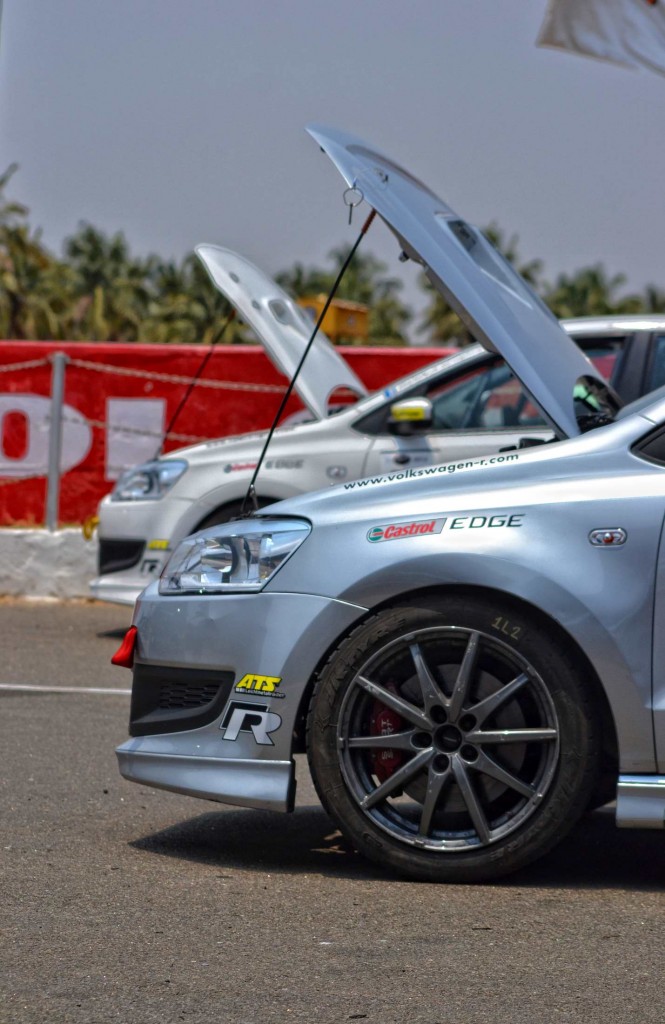 Safety is the prime factor for any race, and Volkswagen Motorsport has taken up the responsibility on this front. All the drivers will be given FIA-approved driving suits along with shoes, gloves, a helmet and a HANS Device. But most of the driving kit has to be purchased by the drivers, and the prices aren’t too reasonable. The HANS Device is unique, as it reduces the chances of skull fractures in case of severe collisions, by transferring the energy impact on the skull, to other parts of the body. For the driver selection round, you need to bring along your own helmet. The drivers will be given instructions before the drive, and it’s not just speed that the VW Motorsport team will be looking for. They have a special device fitted inside each car, that monitors all the data, on how the driver is braking, how fast he is accelerating and on what gear he is driving at each point. This is a bit of the selection criteria, so as to keep the driver aware of everything.

Stepping into the car is a different experience altogether . This is the fast-and-the-furious avatar of Polo. I have never driven such a monstrous diesel Polo before. Those 130 horses under the hood, with 250 Nm of torque, I hit 160kmph on the straight stretch. That’s not remarkable by any margin, but the Polo did this with a smile, and was ready to push herself even further. Loaded with 17-inch slick tyres, it gives you a lot of grip around the corners. Also installed is the adjustable Sachs race suspension, the aerodynamic body kit with a front and rear spoiler, and side skirts as well. These things not only add to the virtual sexiness of this car, but also help a lot in terms of wind and aerodynamic drag forces. It’s not like merely adding a spoiler to your Esteem, you see. Then comes the loud sound track of those free flow exhausts that charge up your mind during the race. It’s a race, so and we need sound. To keep the drivers hydrated throughout the race, in the TSI models, they have added an Electronically Assisted driver drink that works by the press of a button on the steering wheel. It will send the fluid to your mouth, through the straw inside the helmet. Sounds like F1, I say. 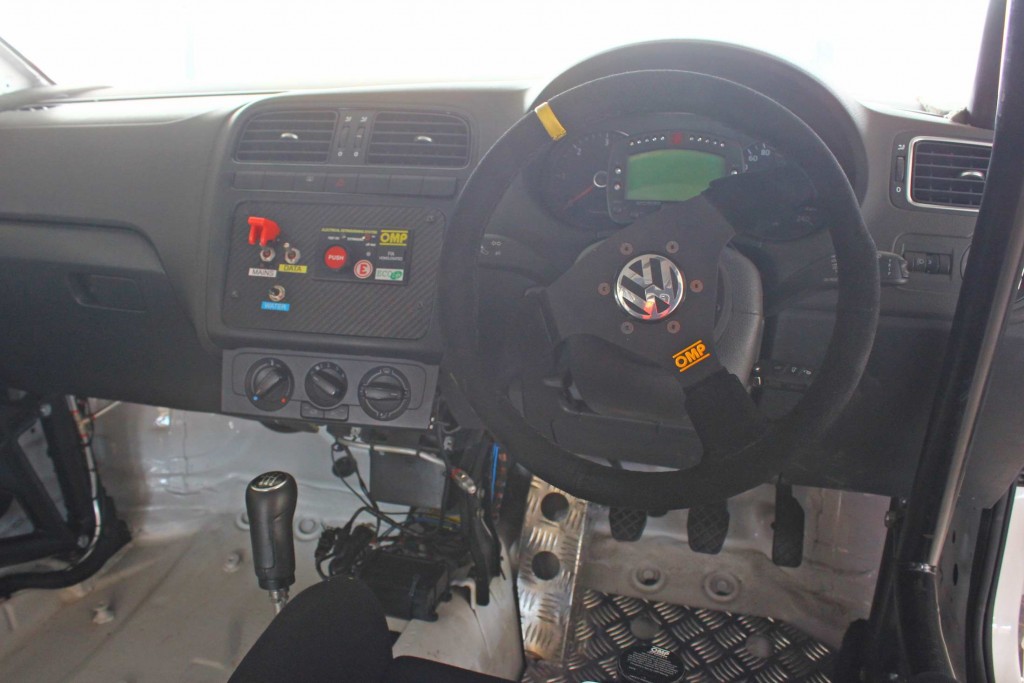 Then comes the 6-point harness seat belt prepared specially for the HANS System. Adhish helped me out in getting me prepared. I saw cars coming to a stop, after the second round of testing, and Adhish said that I could now go for a ride with Raymond Banerjee, the instructor. He’s a rally professional and garnered a few titles while at it, too. Somehow, I managed to buckle up and, after much patience, he fired up and set out on the track. In the first corner, he brakes before a rough 20 metres, and it’s quite a big curve – which will make you step out of the track if you put pedal to the metal at the wrong time. There comes the next ‘S’ bend, and I was sitting and chatting with him like we were on an evening drive. Yes, he was slow, and suddenly, after the next bend, he started to push down further on the throttle. All I had to do was observe the lines. 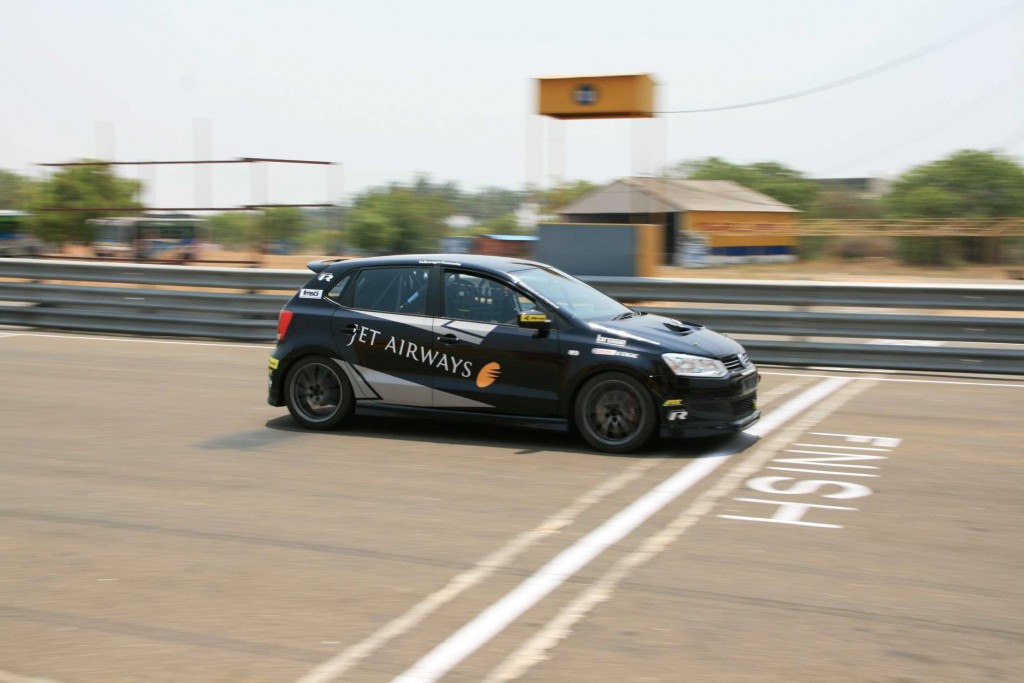 I stepped out of the car and got some fresh air, and then waited eagerly to feel the throttle response. Within a few minutes, all the drivers stopped, and it was time for the little driver inside me to pedal the gas and brake harder and to slide the car, if possible. Adhish, again, readied me up inside a red polo and unfortunately, I was not comfortable. He took me to another car which is far more spacious, especially for a 6 feet guy like me. Even Adhish joined me in another car and, God, I finally ignited the engine. The free flow exhausts really sound loud. I followed his car from the pit lane and started our drive. The first corner is bit dangerous, and all I did was, drive through the lines which I observed earlier. I felt like Adhish was slowing down a bit, so I did, too. Then I wrapped up all the confidence, which I had lost somewhere while watching the laps of other drivers, and gave it some gas yet again. With 250Nm of torque, you don’t need to shift the gears much. You can finish the whole lap in second and third gear. And believe me, the third gear felt sweet. When you slow down at a corner, you will decide to shift to second, but undoubtedly, the third gear will give you enough power once you hit the gas. At the ‘S’ curve, I drove a bit fast, but strictly followed those lines, and for a moment, I held the car’s tail out, literally, and didn’t lose much traction. I gained my position and was revving harder at each corner. Those corners are the real deal when you’re racing. As seen in MotoGP races, they generally gain positions mostly in the corners. Believe me, you can wave your magic wand at the corner, too – provided you’ve gained all the confidence. During each lap, I brake late and turn tighter and see what the car is upto. It’s got enormous grip, but when you lose traction, you’ll eventually end up executing a powerslide. Yes, in the third lap, when I turned tighter and gave it the beans, the tyres lost traction. But I was not in a mindset to go sideways in a rally car. It lost traction, sadly, and ended up using the brakes and steered it to take the car back in the lane. After that, I was just behind Adhish, and at the end of third lap, he gave out a signal that he’s turning into the pitlane. Actually, he insisted me to drive inside the pitlane. Just 3 laps in the rally-prepped Polo TDI was enough to leave me with butterflies in my tummy. That feeling of driving a car with a helmet, and being surrounded by roll cages is inexpressible. If I ever get a chance to live a dream, I’d like to live it in the fast lane, without a doubt. 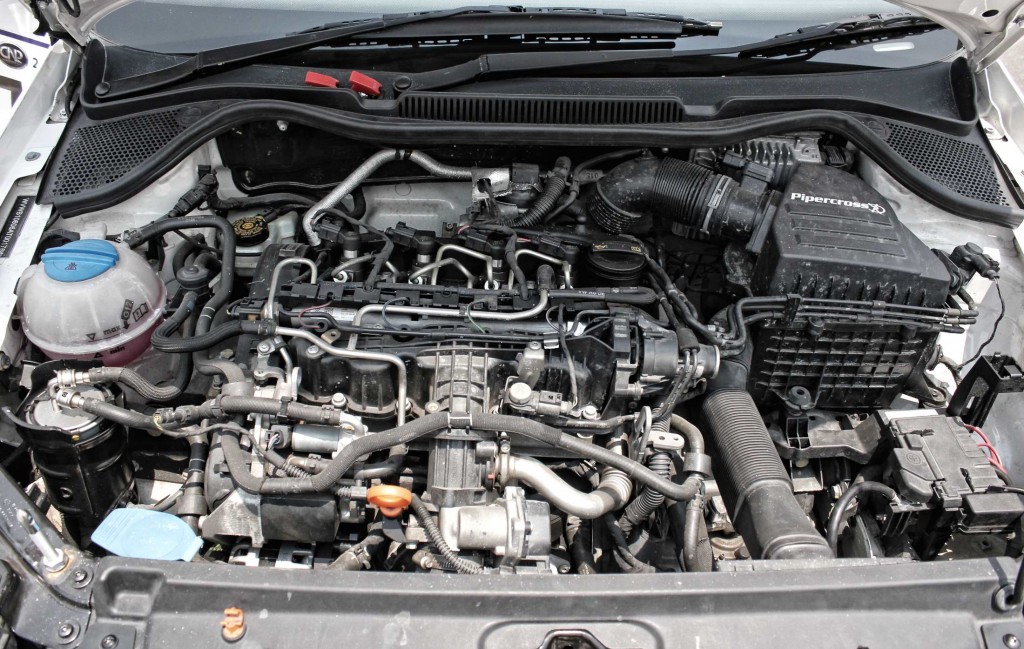