India Kawasaki announces pre-bookings of Ninja ZX-6R ABS in India. The supersport Ninja ZX-6R ABS boasts a potent 636cc in-line four-cylinder engine and premium components that stand above the competition. Infused with championship-proven technology, the Ninja ZX-6R ABS has the advantage in the middleweight superbike segment.

The Ninja ZX-6R has exhilarating power and nimble handling, which is apt for leisurely sport riding or real racetrack riding. Mr. Yutaka Yamashita, Managing Director, India Kawasaki Motors Pvt. Ltd said, “First of all we appreciate the support from many Kawasaki fans in India. Our fourth successive championship in Superbike World Championship (also known as WSBK) shows our confidence and expertise in manufacturing supersport bikes in India. ZX-10R is the most affordable championship machine in India. Now by bringing Ninja ZX-6R in India, we are not only expanding the pool of supersport bikes but we are also creating an exciting option in the middleweight class. We are pleased to present an opportunity to supersport enthusiasts as same as ZX-10R. The customers will get an excellent opportunity to pre-book their Ninja ZX-6R during this Diwali.“

The race-based engine, liquid cooled and four-stroke in-line four, is optimised for the street. Improved power feeling promises even more fun on the street and on winding roads. While the race-inspired clutch technology offers both a back-torque limiting function as well as a light feel at the lever. In addition to this, pressed-aluminium perimeter frame is the key to the Ninja ZX-6R’s superb balance of flickable handling, mid-corner composure and an ability to change lines on command, coupled with excellent chassis feedback. In terms of looks, the all-new design of the front cowling represents the next step in the evolution of the iconic Ninja “face,” contributing to a look completely distinct from rival models. 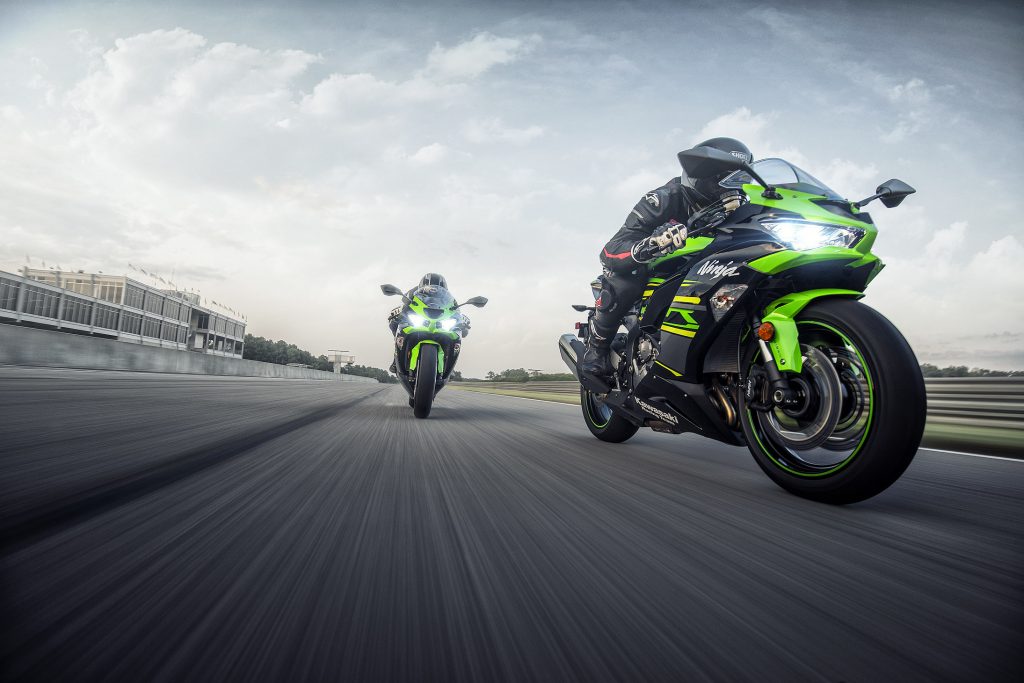 Designed to deliver the fun and excitement of a supersport machine to a wide range of riders, the updated Ninja ZX-6R has numerous high-grade technological features like KIBS (Kawasaki Intelligent anti-lock Brake System), KTRC (Kawasaki Traction Control), Twin LED headlamps, LED taillight, KQS (Kawasaki Quick Shifter) and the silencer with a sporty look. The high-grade instrumentation has newly added features in fuel gauge and remaining range function. Apart from this, it has also a large analogue tachometer flanked by warning lamps on one side, and a gear position indicator and multi-function LCD screen on the other. Bridgestone’s latest sport tyres BATTLAX HYPERSPORT S22 contribute to lighter handling, while offering superior grip in both dry and wet conditions, which translates to greater rider confidence and enjoyment.