Assembly of the new Porsche 718 Cayman is underway in Germany with the comprehensively redeveloped mid-engine sport coupé now boasting more power, increased torque, a higher top speed and a stylish redesign. Ahead of its arrival, the new entry-level model for Porsche is being produced at the brand’s historic headquarters in Zuffenhausen.

The milestone announcement comes soon after the introduction of the newly designated and revolutionised 718 Boxster of which the 718 Cayman features the same new four-cylinder flat engines with turbocharging. The result is a 25 hp increase in both the 718 Cayman and 718 Cayman S when compared to their predecessors.

“The production launch of the Cayman successor models was executed to our full satisfaction,” says Albrecht Reimold, Executive Board Member for Production and Logistics at Porsche AG. “After the successful launches of the new 911 at the end of last year and of the new 718 Boxster in spring 2016, the team in Zuffenhausen also handled this production launch impeccably. This is further proof that our employees work with perfection and passion on a daily basis to enable a very special Porsche experience for our customers.”

The entry-level 718 Cayman is driven by a newly developed, 2-litre, 300 hp engine with innovative turbocharging. The substantial torque increase of 35 per cent in the new engine of the base model promises driving fun and agility with a maximum of up to 380 Newton metres. Featuring a turbocharger with variable turbine geometry (VTG), the 718 Cayman S boasts 2.5 litres of engine displacement and 350 hp, with maximum torque at 420 Newton metres.

When equipped with Porsche Doppelkupplungsgetriebe (PDK) and Sport Chrono Package, the 718 Cayman accelerates from zero to 100 km/h in 4.7 seconds, whilst the S-version achieves the same in 4.2 seconds. The top speed for the base model is 275 km/h; its sibling tops out at 285km/h.

The comprehensive rework of the new model has been well documented with a new distinctive design giving a more muscular appearance. Meanwhile, inside the cockpit, upgraded elements create greater sophistication alongside state-of-the-art technology for an enhanced driving experience. 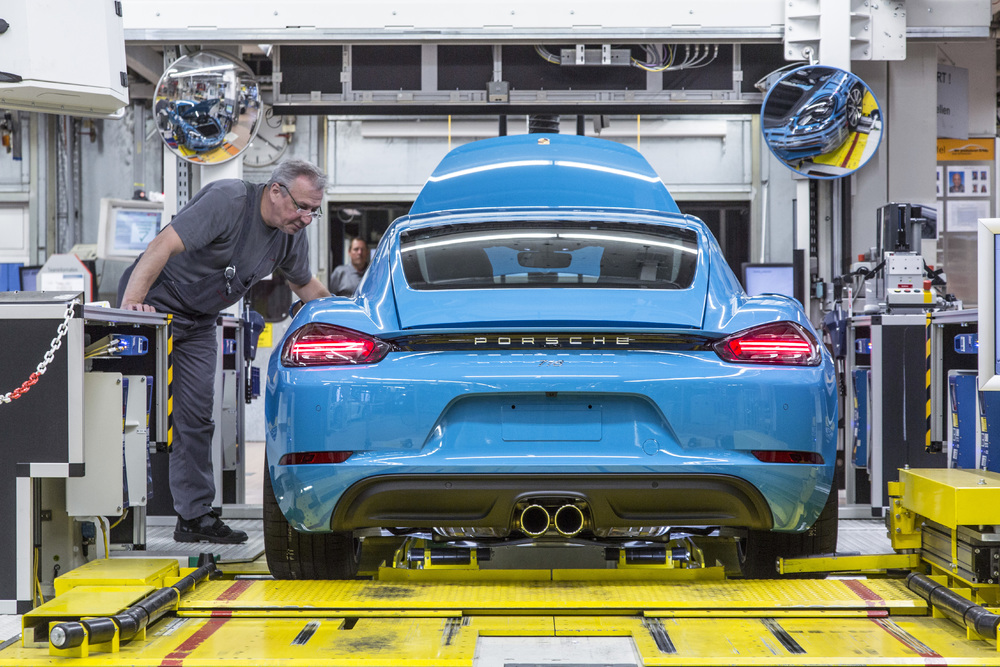