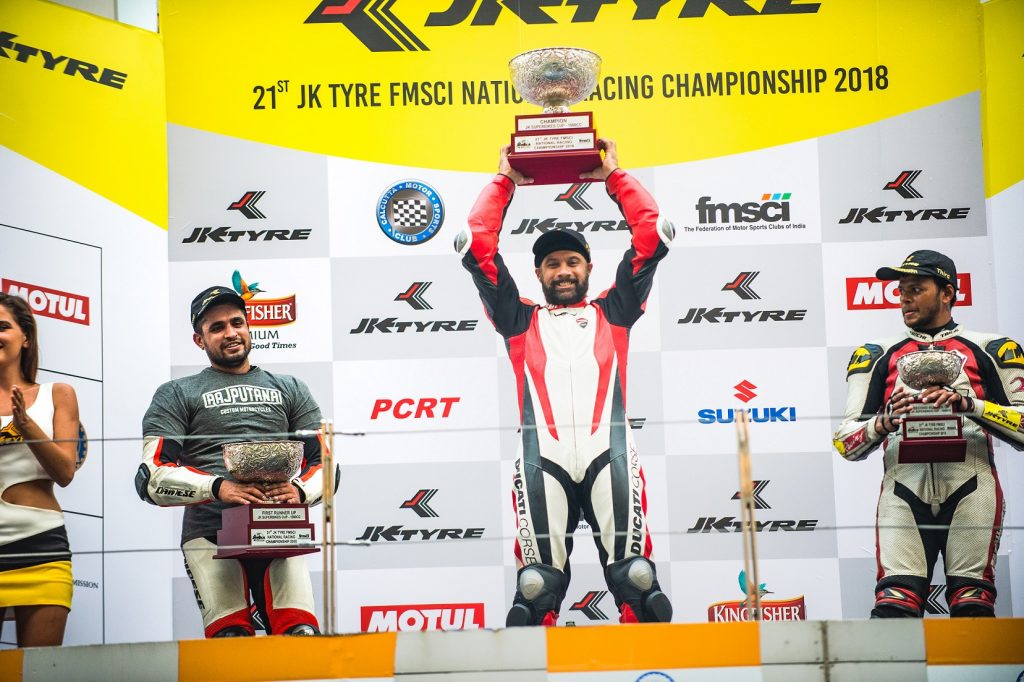 On this occasion, Sergi Canovas Managing Director of Ducati India said, “This is the first time Ducati supported riders at the JK Tyre Racing Championship and it turned out to be worthwhile living up to the expectations. We are glad to have Gurvinder and Deepak as our pilot riders on Ducati Panigale V4 S and V4 respectively. Both of them outshined and dominated the race weekend on the Ducati Panigale V4’s. We look forward to participation next year and further showcase the Ducati’s racing DNA.” 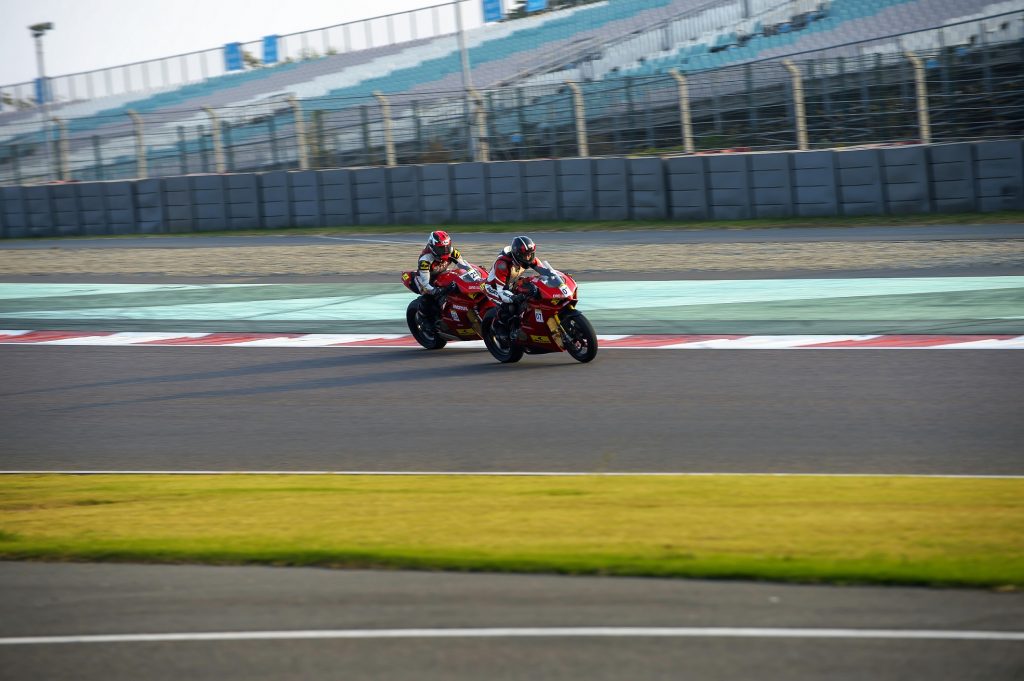 Panigale V4 is the first mass-produced Ducati motorcycle to be equipped with a 4-cylinder engine, closely derived from the Desmosedici of the MotoGP. Powering the Panigale V4, the Desmosedici Stradale engine is a 1,103 cm³ 90° V4 with Desmodromic timing, delivering a maximum of 214 hp at 13,000 rpm, making the Panigale V4 the most powerful bike in the segment, yet easy to handle thanks to a torque of 12.6 Kgm at 10,000 rpm. It’s a bike that begins an exciting new chapter in the Ducati story, a new “symphony” of all-Italian performance and emotion.

The JK Racing India Series is the premium category in the JK Tyre Racing Championship. Launched in 1997 by JK Tyre has now become the revered launch pad for budding motorsport talents in the country. JK Tyre took upon itself to package and design the Championship to suit the masses, which was earlier regarded for elite. Despite raising the bar each time, the JKNRC remains the most cost-effective programs not only in India but in the world.