Bosch is turning the car into a lifesaver

Beginning March 31, connected vehicles with eCall will automatically call for help in an accident

„  Thanks to the automatic eCall, emergency responders can arrive at the scene of an accident up to twice as fast

Dubai, United Arab Emirates – On March 31, 2018, the automatic “emergency call” system – eCall, for short – will become mandatory in the European Union. This requirement means that a digital first responder who automatically calls for help in an accident, will be riding along in the car, each and every time. “Connecting cars makes a great deal possible. Through the automatic eCall system, connected vehicles are now going to become lifesavers as well,” says Dr. Dirk Hoheisel, member of the board of management of Robert Bosch GmbH. All new passenger vehicle models that hit the EU market after March 31, 2018, will come with eCall as standard. These vehicles will feature a standardized eCall box that automatically alerts the local emergency services via the number 112, which is the same across Europe. As a result, lifesaving assistance will be able to arrive with greater speed and precision at the scene of an accident.

These developments assume more importance, considering regional initiatives and campaigns currently under way, including countries such as the UAE and Saudi Arabia, to combat road accidents. The EU expects that eCall will save 2,500 lives each year and reduce the number of people who are seriously injured by 15 percent. The first automakers are already providing their customers with the digital lifesaver as part of the navigation system without being required to do so by law. Bosch offers an extensive eCall range featuring telematics solutions and services. Thanks to the telematic eCall plug, even older cars can benefit from the solution. 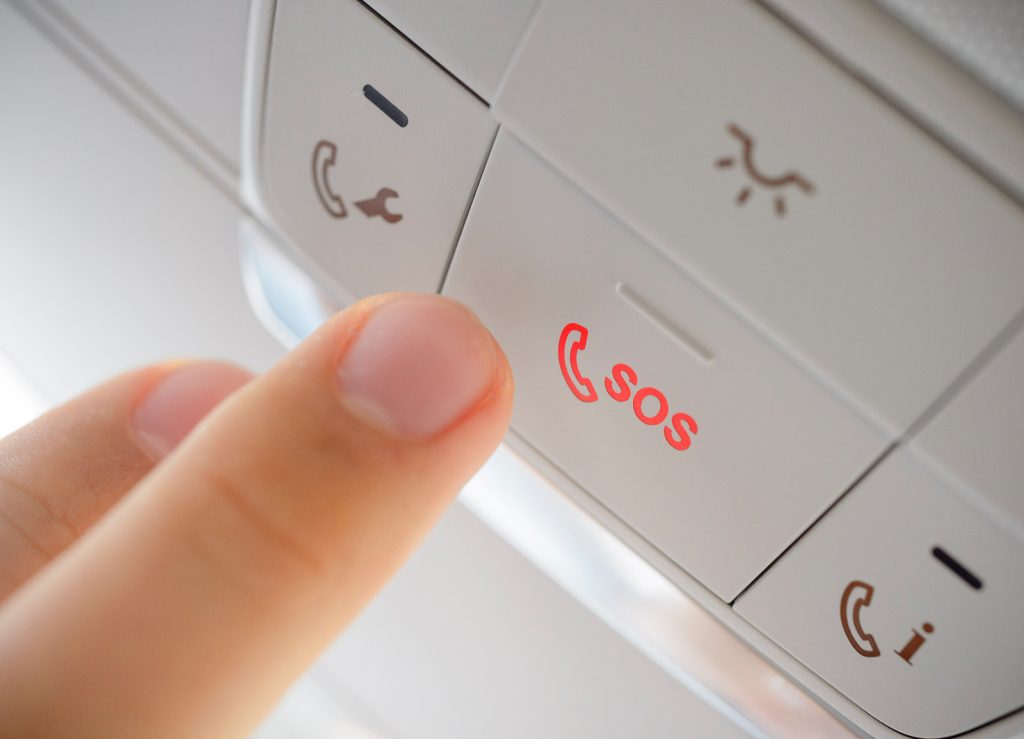 There are many things to think of in an emergency, and every second matters. However, many people fall into a state of shock following an accident. In an even more terrifying scenario, the people in a vehicle end up unconscious or trapped after an accident, unable to call for help themselves. These are precisely the situations in which the automatic eCall system springs to action as an indispensable lifesaver. It knows exactly where the accident has occurred – regardless if it happens at night on a deserted road or on the freeway – and automatically sends that information to the rescue services. “eCall places the emergency call faster than a person could and initiates the lifesaving rescue chain,” Hoheisel says. An SOS button is also installed on the vehicle’s dash, which the vehicle’s occupants can use to manually place the emergency call. In both cases, an audio connection is first established between the vehicle and the local emergency services team to communicate further details about the accident. If the driver does not respond, emergency responders go directly to the scene of the accident. Thanks to precise information about the location based on GPS coordinates, the emergency responders even know in which direction of travel the accident occurred. As a result, the automatic eCall enables emergency responders to arrive at the scene of the accident 40 percent faster in a city, while in rural areas, they can cut the usual response time in half.

A connectivity box that saves lives

The first automakers are already offering their customers eCall as part of a vehicle’s navigation or infotainment system for a number of years. In such a
set-up, what is installed in the car is not a standard eCall box, but rather an additional control unit that a connected vehicle uses to communicate with the outside world. At Bosch, this control unit is called the connectivity control unit, or CCU. It is the heart of connected mobility and the communication hub for eCall and other functions and services. The CCU registers a crash when the car’s airbags or seat-belt pretensioners are triggered. It then alerts rescue services or the Bosch emergency call center within a matter of seconds. The CCU is also connected with additional sensors in the vehicle and knows, for example, how many seat belts are in use − and therefore how many people are in the car. As a result, emergency responders not only arrive faster, but also better prepared at the scene of an accident.

Knowing the challenge of communicating with local emergency services in a foreign country, the eCall service from Bosch speaks 16 languages fluently, among them French, Swedish, and Turkish. Unlike standard eCall, which directly notifies the local emergency services via 112, Bosch eCall first alerts Bosch’s own emergency call center, which is manned 24/7, 365 days a year. Based on the navigation system’s language settings, the associates on the eCall team know which language the driver speaks, which enables them to quickly and directly inquire how the driver is doing and learn what has happened. This way, there are no communication problems, especially during a critical situation like an accident. The Bosch emergency team then coordinates all rescue operations with the local emergency services in the respective national language. Bosch offers its eCall service in more than 50 countries worldwide, including in Japan, Brazil, and North America. A number of automakers, such as Daimler AG, are already opting for Bosch’s multilingual eCall service.

From cigarette lighter to lifesaver

The eCall requirement applies to new vehicle models that go through the EU’s approval process for the first time beginning March 31, 2018, before hitting the market. Vehicle models with an earlier type approval may continue to be manufactured and sold without eCall. “For Bosch, no car is too old to be a lifesaver, which is why we have developed an eCall retrofit solution in the form of the telematics eCall plug,” Hoheisel says. The retrofit digital first responder for any car is simply inserted into a vehicle’s 12-volt socket (cigarette lighter). No appointment at a garage is necessary. Thanks to an integrated acceleration sensor, it registers collisions and accident severity. It uses Bluetooth to send this information to the corresponding app on the driver’s smartphone, which in turn alerts the service center of the vehicle insurers’ accident switchboard. Even with the retrofit solution, an audio connection is first established with the driver. If the driver does not respond, emergency responders are immediately dispatched to the scene of the accident.

For motorcycles as well

For motorcyclists, the risk of being killed in an accident is 18 times higher than for drivers. In light of this, Bosch is developing eCall not only for cars, but also for two-wheelers. A special CCU for motorcycles captures the bike’s operating data, which it uses to detect accidents. Thanks to an integrated GPS module, the exact location of the accident is transmitted to the emergency services call center.